HERITAGE HIGHLIGHTS:   Ripon Cathedral, dating back to the 7th century 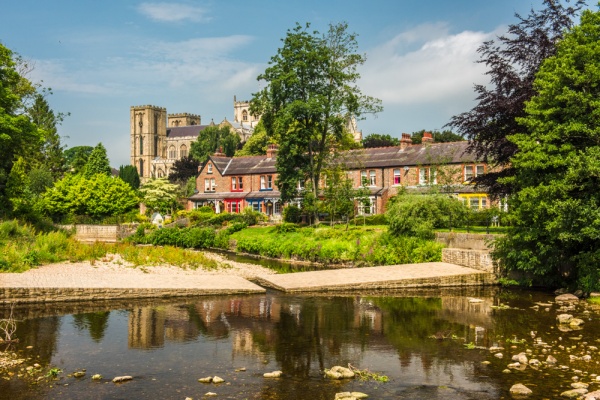 Ripon is a pretty town on the banks of the River Ure in North Yorkshire. The town is known for its superb medieval Minster church that was later made a cathedral. There was a monastery here as early as the 7th century when St Wilfrid built the first church, but the current cathedral dates to AD 1080, with 13th-century additions. 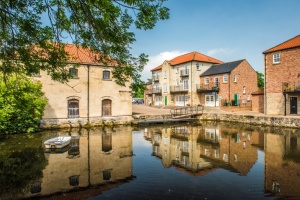 My first visit to Ripon Cathedral came by accident; I was driving north through the centre of the city, but when I saw the cathedral looming ahead of me I knew I just had to stop. To say it is an impressive sight is an understatement; it is simply superb and repays a visit many times over.

My favourite feature is the medieval screen, decorated with beautifully carved statues of kings and saints. You can also descend a set of worn stone steps to the Saxon crypt, and see the medieval misericord carvings that inspired Lewis Carroll to write Alice in Wonderland.

Near the cathedral is Thorp Prebend House, one of the oldest buildings in Ripon. The house stands beside the ruins of St Anne's Chapel Hospital and may date in part to the 7th century. It was rebuilt in its current form in 1609 and how acts as the Ripon Heritage Centre. Mary, Queen of Scots is known to have stayed at Thorp Prebend House. With her was her son James, later to become James VI of Scotland and James I of England.

At the heart of the city is the market square, described by author Daniel Defoe as 'the finest and most beautiful square that is to be seen of its kind in England'. On the market square is The Wakeman's House, home of an official charged with keeping the peace after curfew. The Wakeman's horn still blows every knight at 9 pm. The tomb of Hugh Ripley, the last official Wakeman and first mayor of Ripon, can be seen in the cathedral. The Wakeman's House was the childhood home of architect Sir William Chambers.

Within the city are no less than 3 museums on the theme of law and order. The Prison and Police Museum is housed in a complex of buildings that once served as a House of Correction and Liberty Gaol. Here you can trace the history of policing, try on prison uniforms, and explore original gaol cells. 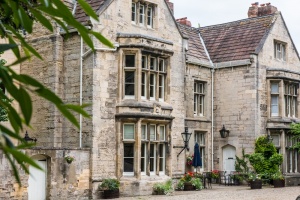 The Courthouse Museum is a restored 19th-century courthouse that served as the only court for Ripon until well into the 20th century. See the judge's retiring chamber and the restored courtroom, designed to appear as if you had walked in on a trial in progress.

The last of the three museums is the Workhouse Museum on Allhallowgate. This fascinating museum shows what life was like for those who could not support themselves. See a restored workhouse garden, explore the inmates' wards, the guardian's chambers, and vagrants cells.

If you need a relaxing break after exploring the 3 Yorkshire Law & Order Museums, why not take a stroll along the Ripon Canal? The canal basin runs 2.5 miles from the city centre to the River Ure at Oxclose Lock, and a peaceful canal-side walk follows the course of the waterway.

A short walk north from the city centre brings you to a 12th-century chapel founded by Thurstan, Archbishop of York to serve the Hospital of St Mary Magdalen. The Hospital's main function was to care for lepers and blind priests. The leper chapel is open for the annual Heritage Open Days weekend but the exterior can be viewed at any time. You can still see almshouses linked to the Hospital across the road. 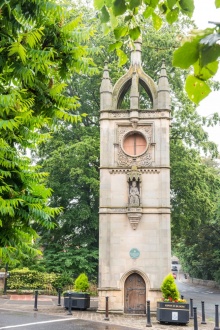 On North Street stands the Victoria Clock Tower, built, as its name suggests, to honour the Diamond Jubilee of Queen Victoria in 1897.

Like any city, Ripon has its hidden historic features. One such secret that won't be immediately obvious is the old town lockup, set into a high bank at the junction of Duck Hill and Kirkgate. More obvious is the Old Deanery, built in the early 17th century as a residence for the Dean of Ripon on the site of the medieval College of the Vicars Choral. The Deanery is now a hotel.

Outside Ripon is Norton Conyers, a 14th-century manor house. Writer Charlotte Bronte visited the house and was inspired by stories of a woman kept in the attic to create her character of Mrs Rochester in the novel Jane Eyre.

Another nearby stately home is Newby Hall, designed by Sir Christopher Wren, and filled with fine furniture, tapestries, and sculpture. Just 4 miles away is Fountains Abbey, a medieval Cistercian monastery and one of the finest historic sites in England. Beside the abbey is Studley Royal Water Gardens, begun in 1718. 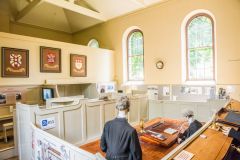 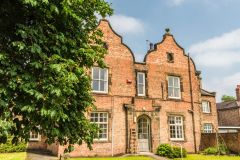 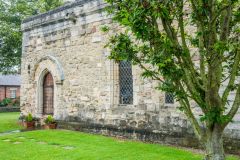 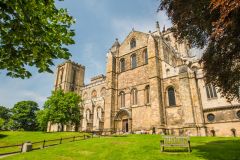 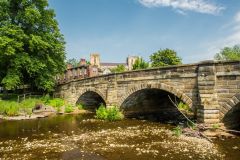 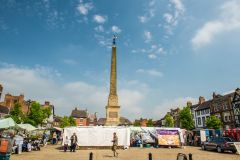 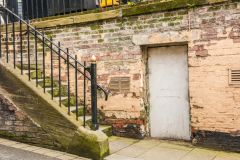 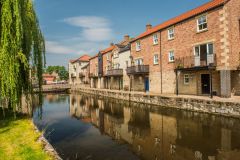 More self catering near Ripon >>

More bed and breakfasts near Ripon >>