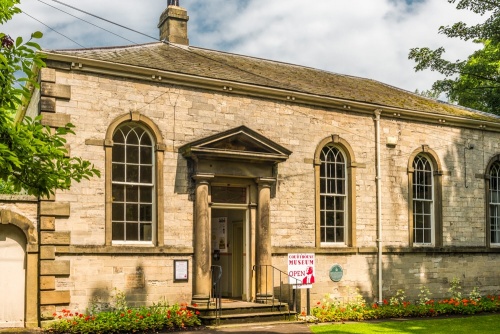 A stone's throw from historic Ripon Cathedral stands a historic building of another sort; a beautifully restored Georgian courthouse on the site of an earlier medieval courthouse. The medieval building was one of a range of buildings clustered around the archbishop's palace and housed the Quarter Sessions proceedings.

The palace was home to a wide range of activities; a bowling green fronted the courthouse while behind it was a cockpit. Nearby stood the 'gaol', a debtor's prison. You can still see the remains of the gaol across the lane from the present courthouse.

Magistrates heard cases from across the Liberty of Ripon (or Riponshire), an area taking in the city and several surrounding villages including Felixkirk, Sutton-under-Whitestonecliffe, Kilburn (North Yorkshire), Nidd with Killinghall, and Marton-cum-Moxby. 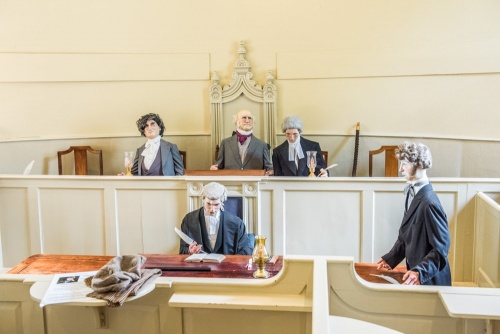 Most of the punishments meted out were physical, such as time in the stocks, located in the nearby market place. Punishment in the stocks was usually carried out for a first-time offence, such as 'scornful or opprobrious or slanderous words' towards the Wakeman or his brethren (the Wakeman was the archbishop of Ripon's senior officer in the borough and was responsible for keeping the peace).

Second offences might be punished by whipping, carried out on market day in the public market. A pillory stood in the market place until the 1820s. More serious crimes or habitual offenders could be sent to the House of Correction, where they would have their behaviour 'corrected' through hard labour.

The most serious offences could be punished by transportation to convict colonies overseas, usually to Australia.

By the late Georgian period, the medieval courthouse was in poor condition. The magistrates declared that they wanted 'a good substantial Court House erected in a good and workmanlike manner'. 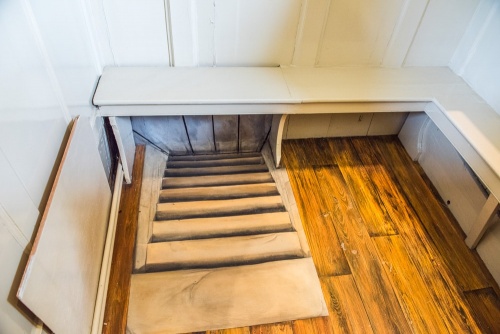 In 1830 the medieval building was pulled down and replaced with the building you see today, a simple rectangular structure with three ground-floor rooms. The builder was a local man named Michael Foxton, who was able to re-use some stones from the medieval building. The finished courthouse cost Â£340.

To the left of the entrance is a small jury room, and straight ahead is a much larger and more comfortable Retiring Room for magistrates. A door leads from the Retiring Room to the Courtroom. There was originally a public gallery at the rear of the courtroom, and this gallery was often full when an interesting case came before the magistrates.

An extension was added in 1981 with a second courtroom used mainly as a youth court. The building continued in use as a court until 1998. It was reopened as a museum two years later in 2000.

What makes the Courthouse Museum so interesting is that the building has changed so little since it was completed in 1830. 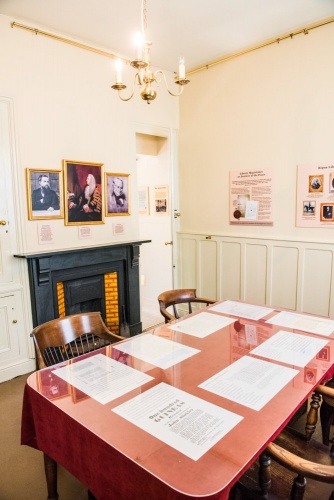 You can explore all three rooms on the ground floor of the courthouse. In the Jury Room you learn about the Courthouse's history and how crime was punished in Ripon over the centuries. On the wall are a pair of halberds carried in the procession that opened each quarter session. In bookcases are legal manuals, guides, and statutes.

In the Magistrate's Retiring Room you see how the magistrate's worked, and learn about the life and careers of several well-known magistrates. Among them was Charles Oxley, a JP from 1811-1873. Oxley served as the first Chairman of Petty Sessions, oversaw the implementation of the Poor Law, and sat on the committees that helped build the prison and the courthouse.

In the courtroom itself, you can see how cases were heard. The magistrates sat on a raised bench. Below them in the Well sat clerks and the defendant's advocate (if any). Three boxes face the magistrates; two for defendants and one for witnesses. That meant that witnesses had to stand directly beside the people they were giving evidence against. 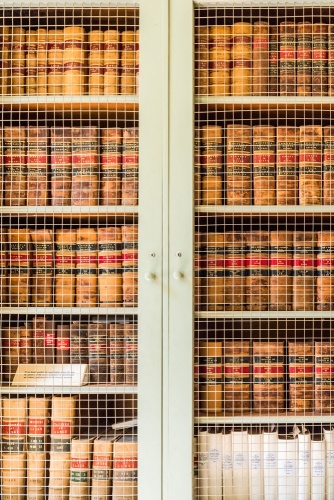 Law books in the Jury Room

An audio-visual presentation on a loop gives you a flavour of court proceedings with examples from historical cases.

The prisoners stood in a Holding Cell - a box shielded from the public gallery by a board so that members of the public could not through things at the prisoner. In the floor of the Holding Cell is a set of stairs going down into the basement where prisoners awaiting trial were held in temporary cells.

The Courthouse Museum is one of three museums in Ripon covering law and order. The others are the Workhouse Museum and the Police and Prison Museum. A joint ticket is available for the three museums.

The Courthouse Museum is on Minster Road, just north of the Cathedral. It is well signposted for pedestrians. There is no dedicated parking but there are several nearby pay and display parking areas around central Ripon. 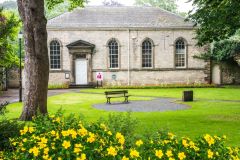 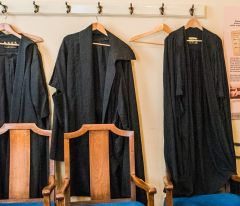 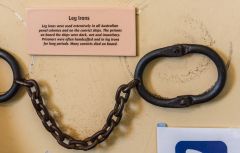 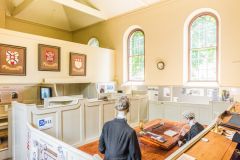 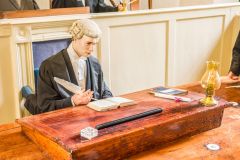 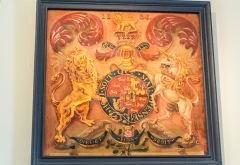 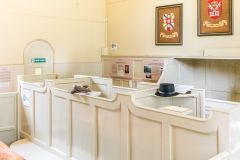