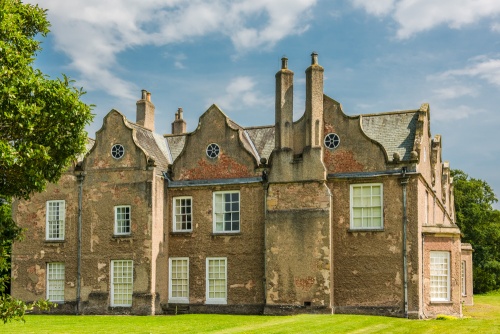 Norton Conyers is an attractive late medieval manor thought to have been the inspiration for Charlotte Bronte's Thornfield Hall in the novel Jane Eyre. The manor was owned by the Graham family from 1624 (with the exception of a brief period in the late 19th century).

The house is a pleasing mix of historic styles, from Dutch gables to Georgian plasterwork interior rooms. The interior displays fine art, including collections of family portraits and work by John Ferneley.

The history of Norton Conyers goes back to the time of the Domesday Book when the estate was owned by the Bishop of Durham. Around 1099 the Bishop granted the estate to the Norton family in exchange for their feudal pledge of service. The estate passed by marriage to the Mallory family and eventually to the powerful Sir Richard le Scrope.

Scrope, in turn, sold the estate to Sir Richard Norton, Chief Justice of England, around 1398. In a curious twist, Sir Richard was probably the grandson of the last Norton owner. 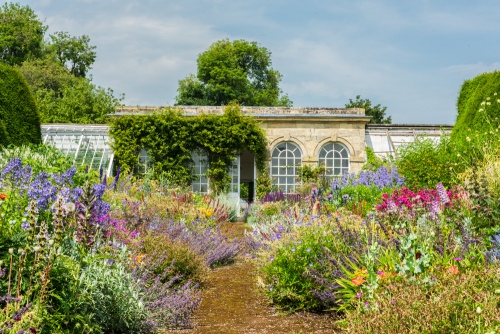 The estate passed through generations of Nortons until 1569 when another Richard Norton joined the abortive uprising known as the Rising of the North. The rebellion was an ill-advised attempt to dethrone Elizabeth I and replace her with her cousin Mary, Queen of Scots. The rebellion was easily quashed and Norton was executed along with his sons.

The Norton estates were seized by the crown and granted to the Musgrave family. From the Musgraves the estate passed to the Graham family, who retain it today. One of the most dramatic episodes during the long Graham ownership came in 1644 when Sir Richard Graham fought for the king at the Battle of Marston Moor.

Graham was badly wounded but fought on until it was obvious that the battle was lost. He fled the battlefield and galloped the 15 miles to Norton Conyers, pursued by Oliver Cromwell at the head of a troop of cavalry.

Graham arrived home exhausted and mortally wounded. He had to be carried into his chamber where he said his farewells to his wife and died in his own bed just an hour after arriving home.

When Oliver Cromwell arrived he found his enemy dead and his distraught wife weeping over her husband's still bleeding corpse. Far from feeling pity, Cromwell ordered his men to sack the house, not sparing even the bed where Graham lay.

Norton Conyers was visited by two kings; Charles I in 1633, and James I in 1679. The bedchamber used by James and his wife Anne, and the bed they slept in, are still on display.

When Charlotte Bronte visited in 1839 her hosts told her the story of a madwoman who had to be confined in the attic of the hall sometime in the 18th century. The incident inspired Bronte to create the character of Mrs Rochester in Jane Eyre, and she was thought to have modelled Thornfield Hall on Norton Conyers.

This suggestion seems to have been verified when, in 2004, a blocked staircase linking the first floor to the attics was discovered. The staircase is described vividly by Bronte in the novel.

A short stroll from the house is the peaceful 18th-century garden, built around a central orangery standing before an ornamental pond. Surrounding the orangery are colourful herbaceous borders and trimmed yew hedges. Also featured are irises and old-fashioned peonies.

The walled gardens are often open even when the house itself is not, and indeed, the gardens are well worth a visit in their own right. We visited in summer when the flowers in the walled garden were bursting with colour, and the effect was absolutely stunning. 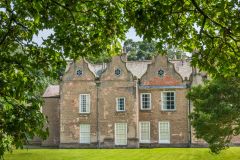 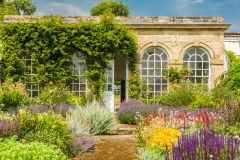 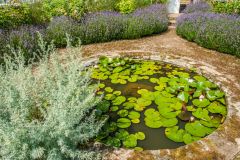 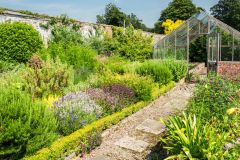 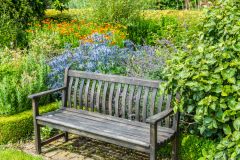 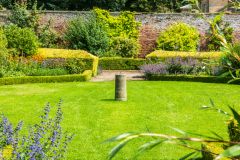 More self catering near Norton Conyers >>