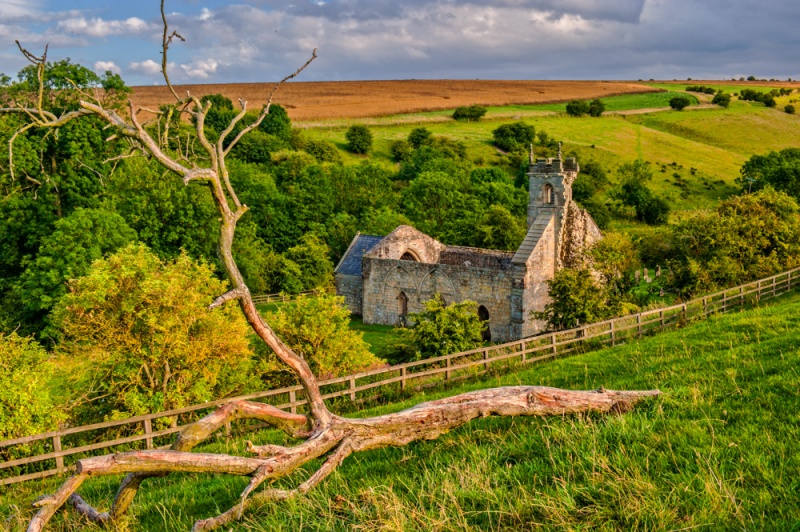 Wharram Percy is a deserted village in a beautiful, secluded location in the Yorkshire Wolds. The village is the most extensively studied of all deserted medieval villages in England. Excavations at Wharram Percy took place every year between 1950 and 1990 and reveal the rich history of the village and why it was eventually deserted. 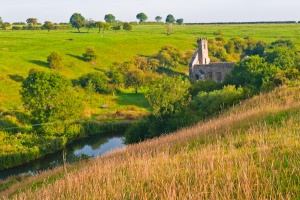 Wharram Percy from The Wold's Way

The village was first settled in the Bronze Age, though the first dwellings of which we have records date from the Iron Age when two houses were established. By the Roman period, there were five farm sites here and finds of Roman tiles and tesserae indicate the presence of a Roman villa nearby.

There was more settlement in the Saxon period and a corn mill stood here by the 9th century. A small chapel stood on the site of the current church in the 10th century.

From the 12th century, there were two manors at Wharram Percy, known to archaeologists as North Manor and South Manor, the latter owned by the powerful Percy family. The Percy's later obtained the North Manor as well.

The village declined after the onset of The Black Plague of 1348-50, and by 1368 there were 30 cottages and a corn mill. In 1403 the final decline began when the Hilton family of Sunderland bought the manor and began to convert farmland to sheep pasture. This process continued throughout the 15th century and by 1500 the final four families were evicted and their cottages demolished. 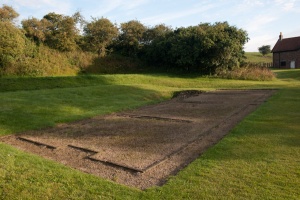 The only remaining buildings are the ruined church and the farmhouse built by Buck. On a slope above the church are the foundations of over 30 medieval farm cottages.

The outline of the cottages is clearly visible and there are very good information panels which inform visitors about the village layout and archaeology. Beside the church is a quiet mill pool.

The location is superb, set low in a valley with a wooded hill on one side and a broad slope on the other. Come in the evening and the only sound you hear is the lowing of cattle from neighbouring fields and the sound of doves cooing in the trees that cluster around the village site.

The drive over the Wolds to the south of Wharram le Street is simply stunning, with wide vistas over rolling hills. But don't limit yourself to visiting by car; the long-distance Yorkshire Wolds Way path leads through the site, and the walk is marvellous from either Wharram le Street or Thixendale. 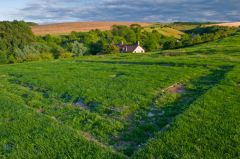 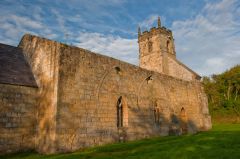 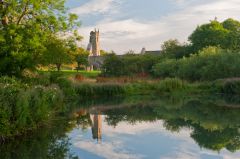 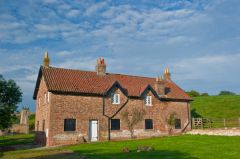 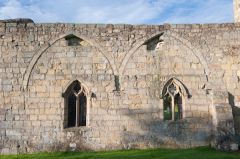 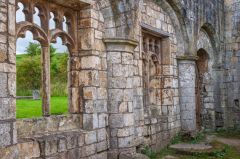 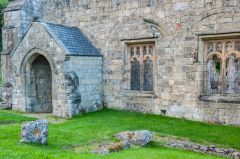