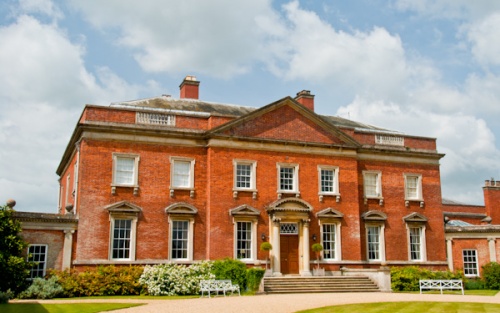 A lovely 18th-century stately home, built by James Gibbs for William Hanbury. Hanbury was an antiquarian of some reputation when he came into money by marrying the niece of Viscount Bateman. Hanbury hired Gibb to create a classical mansion in Palladian style, replacing a more modest Jacobean house on the site.

Gibb worked closely with Francis Smith of Warwick (see Sutton Scarsdale Hall and Gainsborough All Saints church) to create the result you see today; a lovely house composed of a large central block and two wings. The house is set in a mix of parkland and formal gardens on the border between Northamptonshire and Leicestershire.

The estate passed through several hands before it was acquired by the Lancaster family in 1902. It is to Nancy Lancaster, niece of Nancy Astor, that Kelmarsh owes much of its interior design.

Lancaster was a partner in the Colefax and Fowler decorating business and was responsible for popularizing the style we might now call the English country house look. She used her expertise to create an interior design based on 'shabby chic', a sort of informal pastiche of period and modern furnishings. 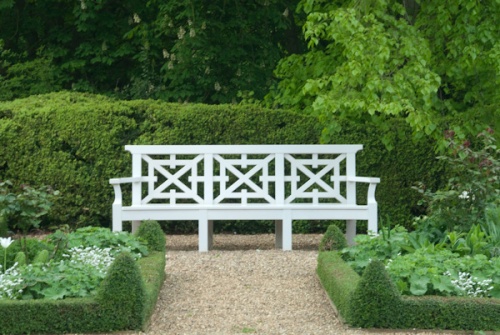 In recent years Kelmarsh has become known as the site for English Heritage's annual summer Festival of History event, hosting displays of historical re-enactments, jousting, historic costumes, and educational displays aimed at getting young and old visitors interested in Britain's past. 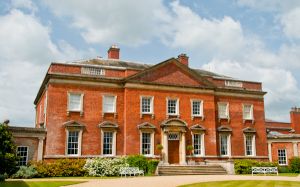 More self catering near Kelmarsh Hall >>

The Granary at Fawsley - 18.4 miles
Daventry, Northamptonshire
Stay from: £50.00