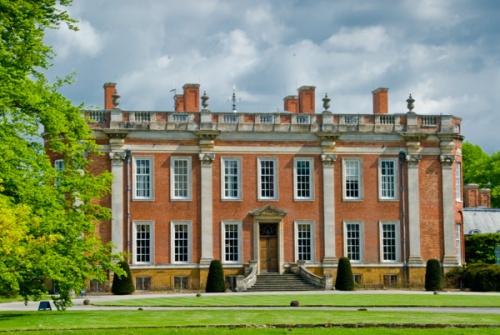 Simon Jenkins, in his popular book 'England's Thousand Best Houses', sums up Cottesbrooke Hall very succinctly by saying, 'Cottesbrooke is horses'. That's a nice soundbite but actually rather unfair, for there's a lot to like about this lovely Queen Anne mansion even if you're not interested in Cottesbrooke's strong connection with horse racing, hunting, and equine art.

Not only does Cottesbrooke host the Pytchley Hunt kennels, but it is home to the Woolavington Collection, the best collection of sporting prints in Britain, perhaps in the world. 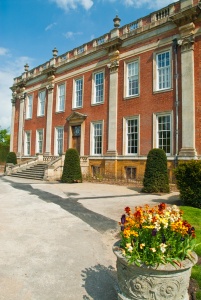 Front entrance of the Hall

In 1635 the Cottesbrooke estate was purchased by Sir John Langham. Langham was one of those sent by Parliament to Holland in 1660 to invite Charles II to take up the throne after the death of Cromwell and the collapse of the Commonwealth. It proved an auspicious mission, for Sir John was awarded a baronetcy by a grateful Charles.

Cottesbrooke Hall was begun in 1702 for another Sir John Langham, the 4th Baronet. The design is normally attributed to Francis Smith of Warwick, but even the informative Cottesbrooke Hall official guidebook hedges its bets on this point, saying it is 'most likely' to have been Smith, but could possibly have been another architect such as Henry Bell of King's Lynn or Henry Jones of Northampton.

Whoever was responsible for the design, the result is a perfect example of early 18th century English Baroque, with a stately, solid central block of red brick dressed with limestone, flanked by a pair of pavilions with a linking passage. The interior is filled to bursting with exquisite furniture, porcelain, and fine art.

The interior we see today is largely the result of a redecoration scheme designed in the 1780s by Robert Mitchell, who swept away Smith's Queen Anne look for a fashional Adam-esque neoclassical look. In the dining room is one of the most famous pieces of equestrian art in England, 'Gimcrack on Newmarket Heath' by George Stubbs. In the same room, and sharing equal billing as one of the best-known paintings of an Eglish horse, is 'Thomas Oldaker on Pickle' by Ben Marshall. 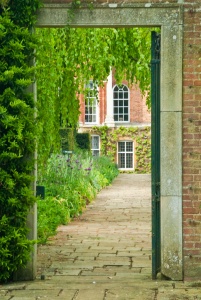 A garden walk at
Cottesbrooke

It is often claimed that Cottesbrooke was the model for Jane Austen's Mansfield Park, though the scholarship behind that claim may be open to some debate, as the same claim has been made for a number of other houses. It seems rather unlikely, in fact, as it appears that Austen never visited Northamptonshire, though she certainly wrote letters to a friend enquiring specifically about the geography and landscape of the county, and we know that her brother was well aquainted with the Langhams, owners of Cottesbrooke.

This famous collection of sporting prints was begun by Sir James Buchanan, Bt. (later Lord Woolavington) in the late 19th century. It features works by the most famous equine painters Britain has ever produced, among them George Stubbs, Ben Marshall, John Ferneley, Sir Alfred Munnings, and Sir John Frederick Herring.

The result is quite simply staggering; a wonderful array of period prints. It is interesting to see the Woolavington Collection not just as fine art - which they undoubtedly are - but also as social history.

In an age when there were no football stars, racehorses could be household names, and a mystique grew up around famous horses, and the stories of their victorious races created rich lore and folk history. The Woolavington Collection is a unique and precious window into that history. 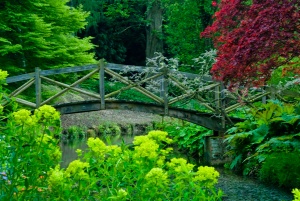 But of course, there is much more to Cottesbrooke Hall than just sporting prints. The interiors are magnificent but never overwhelming. My favourite room is the Library, a beautifully simple, elegant room with gilded and panelled bookcases and doors. In the Library is a large Chippendale desk, arguably the single best piece of furniture in the house.

The mansion is set in lovely 18th-century landscape gardens, carefully arranged to create picturesque viewpoints and wide vistas across the park and series of lakes. The main axis of the park - and the house itself - is aligned with the 7th-century Saxon church at nearby Brixworth.

We do not know who designed the gardens, but they are very much in the grand style of 18th-century landscape gardening popularized by Humphrey Repton and Capability Brown Close to the house is a formal garden area, and further afield you will find a variety of garden areas including a statue walk, wild garden, Philosophers Garden, Pool Garden, Dutch Garden, and a Secret Garden.

Within the park is a beautiful Grade-II listed bridge, built in the late 18th century and attributed to Robert Mitchell. I wouldn't normally rave about a bridge, but in this case, the lovely neoclassical design fits so perfectly within the period garden that it is worth special mention.

Every summer Cottesbrooke hosts a Plant Finders Fair, where keen gardeners can find rare and unusual plants for sale, and visitors can participate in a Plant Swap.

Cottesbrooke is a wonderful period property, with so much of interest. The gardens alone are worth the price of admission. Please don't miss the nearby parish church of All Saints, where several of the Langham owners of the Hall are buried. 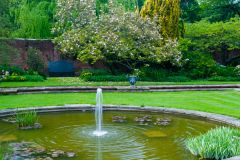 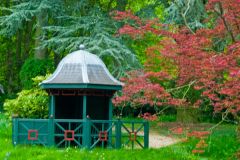 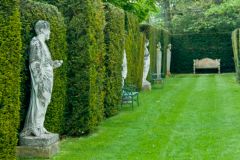 More self catering near Cottesbrooke Hall

The Granary at Fawsley - 14.2 miles
Daventry, Northamptonshire
Stay from: £50.00