HERITAGE HIGHLIGHTS:   A superb collection of rare books and manuscripts - and the first garden gnomes in England! 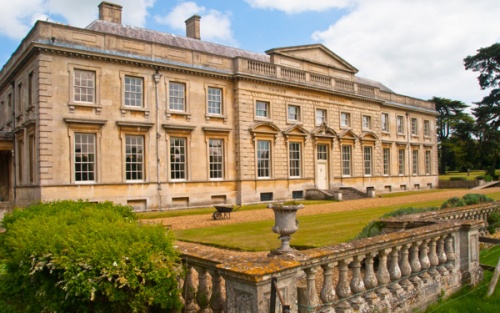 A delicious stately home on sloping ground, Lamport was the home of the Isham family for over 400 years, and their motto 'In things transitory resteth no glory' appears over the portico. There was a 16th-century manor house here, but the elegant house we see today is mostly the work of John Webb, who was called in by the Isham family in 1655 to design a new manor in classical Italianate style to replace the earlier Tudor building.

Lamport Hall is one of the earliest houses in England to adopt the Italian style, and Webb's central house block is largely untouched since it was built. Francis Smith of Warwick added a pair of wings in 1732 and 1741 to create a symmetrical neoclassical facade.

The interior is full to bursting with fine art and even finer furniture and rare books, much of it brought back to Lamport by the 3rd Baronet from his Grand Tour of Europe in the 1670s.

Within the house are collections of period furniture, paintings, porcelain, and antique books. Many of the most interesting items were purchased by the 3rd Baronet's 'Grand Tour' of the continent, during the 1670s.

Among the more famous artists on display are Lely and van Dyck, including a version of the famous equestrian portrait of Charles I looking very martial. The High Room features a richly decorated plaster ceiling executed by William Smith. The Library is a treasure house of ancient books and manuscripts, perhaps the most famous of which is Charles I's 1638 Bible. 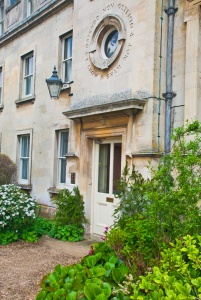 The Isham family were well established in Northamptonshire since the medieval period, but it is really in the 16th century that the story of Lamport Hall begins. John Isham was a fourth son. He knew that he would not inherit his family's estates, so he made his mark as a mercer in London.

By dint of hard work and by prudently marrying the widow of another mercer, Isham made enough money to retire to Northamptonshire and pursue the life of a country gentleman.

John's son Thomas was blind from an early age, but that did not stop him from beginning the collection of rare books that would eventually make the library at Lamport hall famous throughout Victorian England.

But we're getting ahead of ourselves; the Ishams supported Charles I in the Civil War, and Charles made John Isham a baronet. John's son Justinian was gaoled twice by Cromwell but still found the money to hire architect John Webb to rebuild the Elizabethan house at Lamport in grand 17th-century style.

Like his ancestor Thomas, Justinian Isham was a man of letters and learning; he was an early member of the Royal Society and fostered explorations in science. 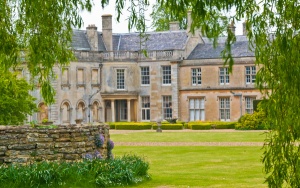 Mark Bence-Jones in his wonderful book 'Great English Homes' tells an amusing story about Sir Justinian Isham. After his first wife died Isham courted Dorothy Osborne, but the young lady was not impressed. She wrote that he was a 'self-conceited learned coxcomb' and dubbed him 'The Emperor'.

No surprise, then, that she turned him down, but she did seem quite put out when he married someone else! Justinian's memorial is in All Saints church across the road from the Hall and is well worth seeing.

Justinian Isham's son and heir was another Thomas Isham. His father challenged Thomas to keep a diary in Latin for two years, and this the boy did, in the process providing a vivid look at life in 17th century Northamptonshire.

One of the most vivid episodes recorded by Thomas Isham in his diaries was when a local lunatic named Tom a' Bedlam called in at Lamport Hall to tell them that 'his only son had been eaten by a sow'. Thomas Isham sadly died from smallpox at the age of only 24, just before he was to be married. 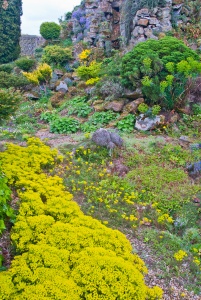 The last Isham of Lamport was Sir Gyles Isham, who had a successful career as an actor and initiated the restoration of his family home. When Sir Gyles died without an heir in 1976 he left the house and the estate to a charitable trust, and it is the trustees who administer Lamport today.

Garden Gnomes and other delights

Lamport Hall has a somewhat unusual claim to fame; it is the home of some of the earliest garden gnomes to appear in England. Whether that's a laudable thing or otherwise, I'll leave up to you! The gardens were originally laid out in 1655 but little remains of the 17th-century plan.

There is an Italian garden near the house, and an alpine rockery further afield, where, in the mid-19th century, Sir Charles Isham placed miniature garden gnomes among the rocks. These were small terracotta figures, imported from Germany, but they certainly had a long-lasting effect on British gardening ideas. Only one of the original gnomes has survived and is on view in the house.

The rockery is worth special note; it was is the first example in England, and rises on a mound 24 feet high. It was carefully designed by Charles Isham himself, and the Gardiners Directory of 1897 noted 'every stone of which the structure is composed has been placed in position by the owner himself, or by his direction, and in his presence'. 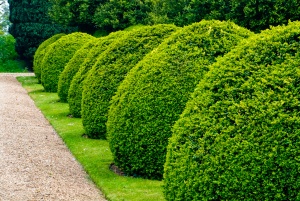 Highlights of the sumptuous interior include:

Visits to Lamport are by guided tour. I must say that our tour guide was fantastic; he was, without doubt, one of the most knowledgeable and entertaining guides I've ever had the pleasure of listening to. The tour really made the house come alive, and I left feeling like I knew the family, its history, and the story many of the treasures on show within the house.

Please take time to visit All Saints church, directly across the road from the Hall. This delightful building dates to the 12th century, but much of what we see today is a result of 18th and 19th-century rebuilding. Inside the church are memorials to generations of the Isham family, including a grandiose monument to Sir Justinian Isham (d. 1737) and a touching memorial to the infant John Isham (d. 1638). 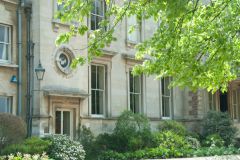 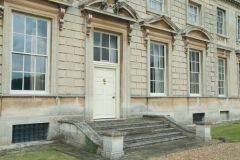 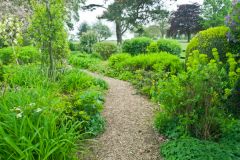 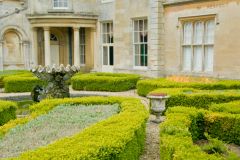 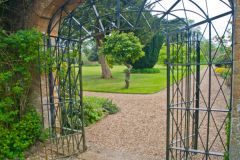 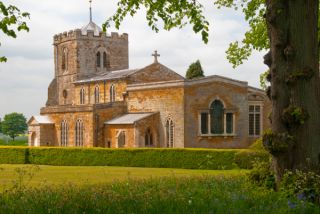 More self catering near Lamport Hall

The Granary at Fawsley - 16.6 miles
Daventry, Northamptonshire
Stay from: £50.00