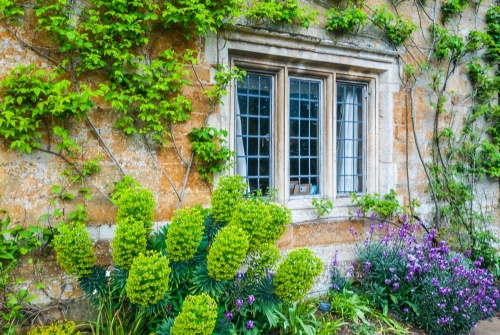 Colourful. That's my one word-summary of Coton Manor Gardens and my abiding memory of visiting this wonderful country garden.

The garden was laid out in the 1920s below an attractive 17th-century manor house. The manor walls and terraces form an essential part of the garden. The land slopes gently below the house and broad terraces create space for yew and holly hedges ringed by colourful borders. The plants are carefully arranged to provide unique colour schemes for each season.

There are so many garden areas it is hard to know where to start! Among the many carefully arranged sections at Coton Manor are an acacia border, herb garden, kitchen garden, midsummer border, meadow border, red border, yellow and blue border, and water garden. Whew! But that's just a list; seeing it in person is a wonderfully unique and impressive experience. 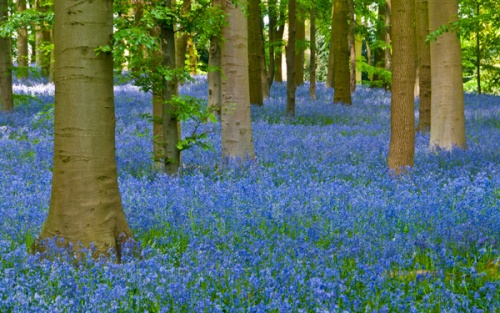 One special focus at Coton is roses; there are roses everywhere, including a Rose Bank, where roses are planted amongst complimentary species like salvias, tree paeonies, and geraniums.

Beyond the formal garden areas are beautiful wildflower meadows and a marvellous 5-acre bluebell woods. This is extremely popular in Spring, as I can attest. And it's easy to see why it is popular; the cool, shady woods protect a magnificent carpet of colourful bluebells (there's that 'colourful' word again). The bluebells are all native to England; foreign species have been carefully avoided.

Flamingos wander the garden during part of the season. Indeed, one unexpected pleasure of my visit was an encounter between two males who engaged in the most amazing display of oneupmanship and struggle to become the dominant male in the group, while female flamingos grazed nearby, completely ignoring the male squabbles.

One of the things which sets Coton apart from other popular gardens is its Garden School, established in 1994. The School hosts roughly 30 full day and half-day courses throughout the year, allowing keen amateur gardeners to learn from top experts. Recent topics include Weaving Willow Frames, pruning, pot and container gardening, seasonal planting, and small garden design.

Note: Do not confuse Coton Manor Gardens with Coton Lodge, also in Northamptonshire! 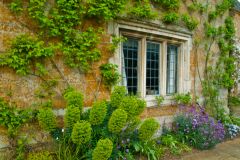 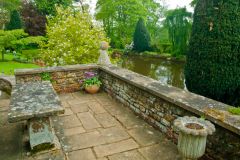 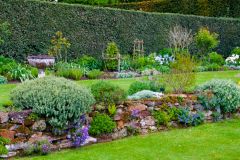 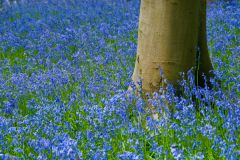 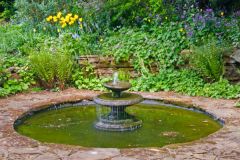 The Granary at Fawsley - 11.7 miles
Daventry, Northamptonshire
Stay from: £50.00