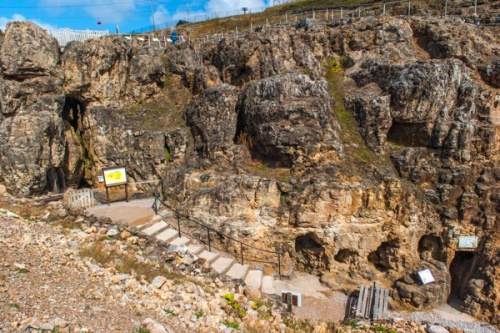 Great Orme Copper Mine is an extraordinary copper mine dating to the Bronze Age, and the largest Bronze Age mine anywhere in the world. A maze of underground galleries can be visited, and an interpretive centre explores the history and archaeology of the mines. 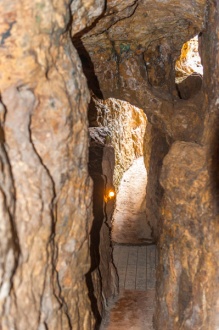 Great Orme represents one of the most extraordinary archaeological discoveries of recent years. In 1987 the Great Orme area was being landscaped, but the workers could never have imagined what they were about to uncover. Beneath the surface of Great Orme headland, rising above the popular resort of Llandudno, was a secret that had been hidden for millennia.

Around 4000 years ago the first Bronze Age miners set to work at Great Orme, following seams of copper as they led deeper and deeper into the earth, using nothing more than bone antler picks and stone axes to prise the valuable copper from the earth. The mines were worked for over 1000 years, and the legacy the miners left behind is extraordinary.

Over the following decades, teams of archaeologists have explored the maze of tunnels beneath Great Orme, uncovering a labyrinth of passages and manmade caverns stretching for over 4 miles. It is already one of the largest mines in the world and it is very likely that only a fraction of the tunnels has yet been found.

In 1995 research paper it was estimated that some 1769 tonnes of copper were extracted from the Great Orme mines. If true, that would make Great Orme the most important source of copper in the Bronze Age, not just in Britain, but in Europe. And remember, that figure is based on the extent of the tunnels already known in 1995, and many more have since been found. 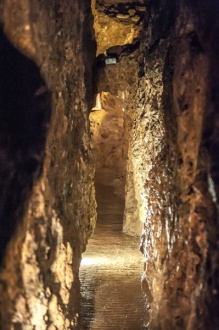 A very narrow section
of passage!

There is a small exhibition area at the mine entrance, with exhibitions of funds from the site and displays on the history and geology of Great Orme. Then you don a free hardhat and make your way to the mines. There are two sections to the experience; the mine shafts themselves, which lead deep into the earth and return by a different route, and a walk around the edge of the site to a large open-cast quarry.

If you don't fancy descending into the earth you can simply walk around the Great Pit, and see evidence of the Bronze Age mining operations from above. From the walkway you can see the barred top entrance to Vivian's Shaft, built in the 19th century and descending straight down to sea level, a distance of some 470 feet! 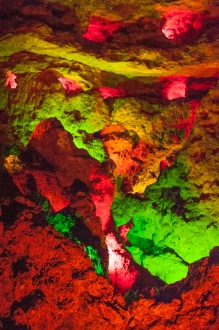 But if you do go down into the mines, you go down a sloping passage, around twists and turns, until you emerge at a huge cavern, created entirely by Bronze Age miners with simple bone and stone tools. The extent of this cavern is simply staggering, and it may be the largest manmade cavern in the world. Here you can easily pick out deposits of malachite and deep blue azurite.

I found the red and green lighting a bit bizarre, but nothing could detract from the sheer scale of the cavern, which is quite stunning. Then it is back up to the surface, following a different set of tunnels until you emerge in the sunlight once more.

The Great Orme can be reached by car, or by a 1902 tramway, or cable car from Llandudno station. Our family thoroughly enjoyed our visit and we can highly recommend the Great Orme Copper Mines. 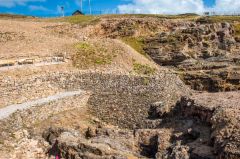 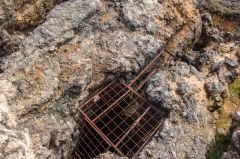 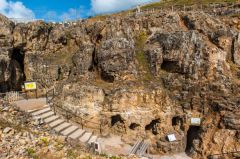 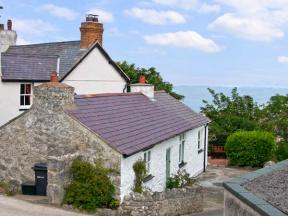 This first floor apartment is situated in the popular town of Llandudno in North Wales and can sleep four guests in two bedrooms.
Sleeps 4