HERITAGE HIGHLIGHTS:   The oldest public park in the Conwy region

Happy Valley
A pretty 19th century public gardens featuring a camera obscura, rock gardens, and stone circle erected for the National Eisteddfod in 1962.
History
Happy Valley is the oldest public park in the Conwy region. It stands in a sheltered fold of the land on the eastern slopes of the Great Orme, above Llandudno. The site was originally a quarry, but in 1887 Lord Mostyn donated the site to the town of Llandudno to celebrate Queen Victoria's Golden Jubilee.

The quarry was landscaped and planted with a lovely selection of specimen trees, and opened to the public as a recreational area. To mark the opening of the park a large and ornate drinking fountain was erected in the park, decorated with a sculpture of the queen.

Just beyond the memorial fountain is a druidic stone circle built in 1962 when Llandudno hosted the National Eisteddfod, a celebration of Welsh culture and heritage.

Another, much older, attraction is a camera obscura, built in 1890 and recently restored. The camera obscura offers panoramic views over Great Orme and the surrounding area. Nearby runs the aerial cable car, at over a mile between top and bottom this is the longest gondola lift in the country.

The gardens are beautifully landscaped, and an excellent example of a mainly Victorian public park. Near the shore is an informal garden area with a refreshment pavilion and entertainment centre. At the top is a popular ski centre and toboggan run, while further up the hillside just outside the park, is an Iron Age hillfort.

More self catering near Happy Valley >> 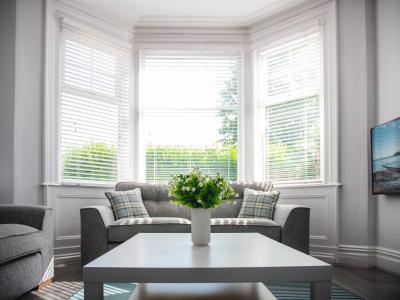 This terrace property rests in Llandudno, North Wales and can sleep 10 people in five bedrooms.
Sleeps 10 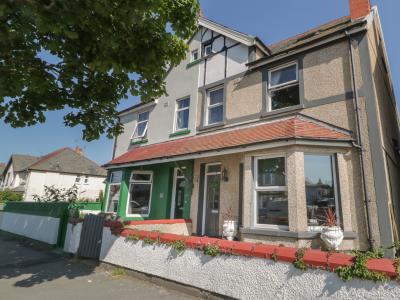