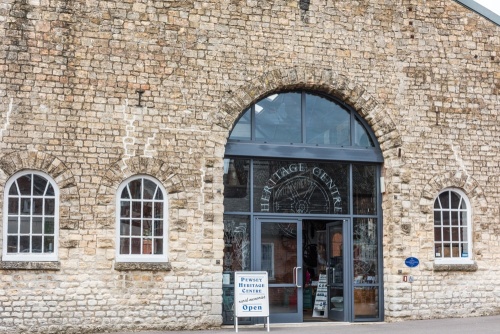 Tucked away off the High Street in Pewsey, on the bank of the River Avon, stands the Pewsey Heritage Centre, telling the story of Pewsey and its rich history. The Heritage Centre is housed in Avonside Works, a former foundry building used by the agricultural engineering firm of Whatley & Hiscock. The company's collection of historic farm machinery forms the core of the museum collection.

When the company went out of business the local history society set up a museum to preserve their heavy machinery. Over time, local people have donated a wealth of items, from old photographs to household implements, farm machinery to inn signs, printing presses to cart wheels. There's even the old post office clock, bought by public subscription in 1901. 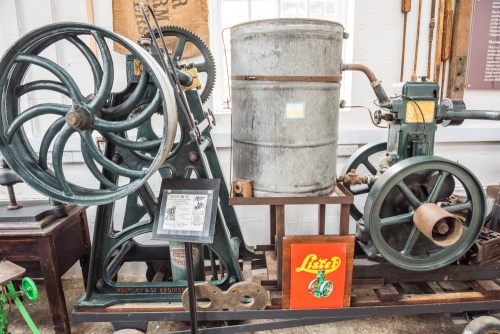 In 1870 the Whatley and Hiscock firm (later known simply as Whatley's) moved from Wootton Rivers to Pewsey. The company prospered by making pumps, valves, and agricultural machinery. They built the foundry in 1873 to act as their machine shop and for manufacturing cast iron pieces. They were able to cut building costs by reusing limestone blocks from the local canal and railway works.

The foundry building had large doors on two walls so that a traction engine could drive directly inside. The original floor was made of sand to make iron casting easier. The floor is now concrete, but apart from that, the building is essentially as it was in 1873, with the addition of a 5-ton overhead crane. 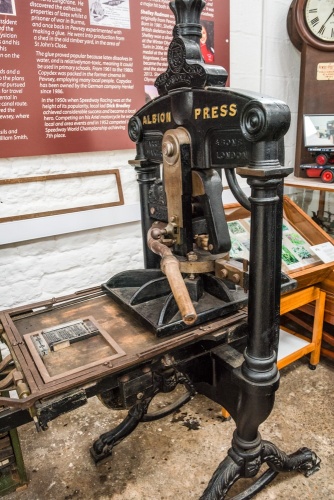 Perhaps the highlight of this collection is a radial arm drill used by Whatley's to drill holes in thick metal plates. Visitors are welcome to try turning the machinery by hand - it takes a lot of effort, but it still works!

Also on display is a Whatley's pump and engine once used to draw fresh water for the village of Everleigh. See Victorian lathes, a belt-driven key cutter, and a 19th-century printing press with a typesetting cabinet.

Due to space restrictions, only some of the larger pieces of agricultural machinery can be on display at any one time. a few of the larger items are outside the museum, beside the river bank. Most of the items on show inside the Heritage Centre are tools usable for one-man farming operations. Among these are hand tools, feed chopping tools, seed sowers, scythes, sickles and a fascinating portable hand-powered winnowing machine.

There are also some accurate scale models of larger farm machinery such as a hay lift and threshing machine. 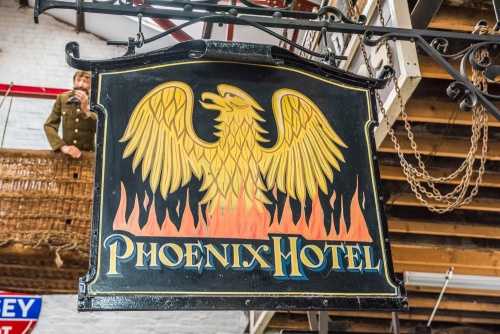 This is the largest collection in the museum and includes a wealth of objects used in daily life by families around the Vale of Pewsey. See objects used in the local railway and police, sporting medals and trophies, as well as a 19th-century corporate teapot given by companies to valued customers.

Look up for a sign from the Phoenix Hotel (no longer in existence). The Phoenix imported hops and brewed its own beer - which made it a popular meeting place for the Pewsey Carnival Committee. Another oddity is a battered copper water bottle. The copper container conducted heat extremely well, so it had to be wrapped up in layers of cloth or it would be likely to burn its user!

The Heritage Centre publishes several booklets of local interest, among them a look at the Pewsey area at the time of the Domesday Book and a walking guide to historical Pewsey.

We had an enjoyable time exploring the heritage centre. We were greeted by a very friendly volunteer who was happy to show us some of the museum highlights and answer any questions we had. 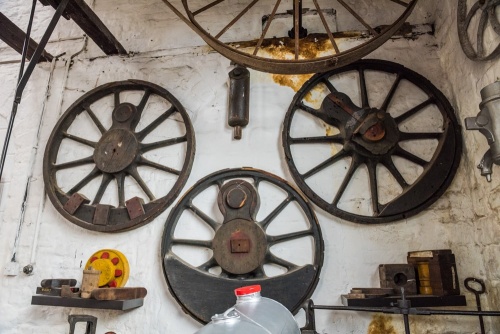 The Heritage Centre is open seasonally, from spring through autumn. Check the official website for exact times. 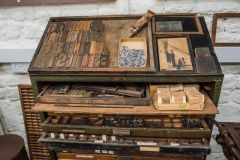 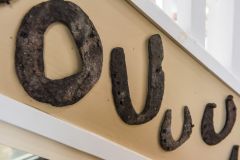 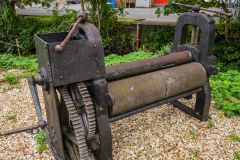 The Stonehenge Inn and Carvery - 9.7 miles
Durrington, Wiltshire
From: £40.00