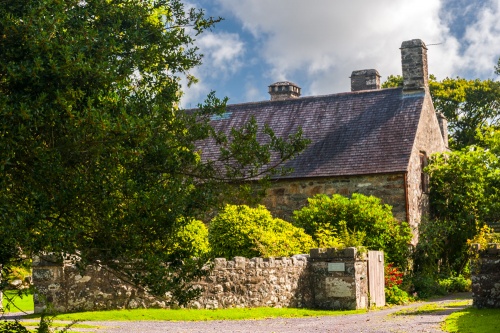 Penarth Fawr is a well-preserved example of a Welsh gentry house built in the mid 15th century with 18th-century renovations. The house is thought to have been built by Madoc of Penarth in 1416, to a design known as an aisled truss hall house.

Most of the original 15th-century features still remain, a rarity in Wales, where most houses of a similar age were built of timber rather than stone, as is the case at Penarth Fawr.

The core of the house is an open hall, heated only by a central hearth on the floor, with private quarters at one end and service rooms at the other. Smoke from the central hearth escaped through a vent, or louvre, in the roof. The position of the louvre is marked a small louvre truss.

The rather large fireplace in the hall is a later 17th-century addition. The fireplace is dated to 1615, when a first floor was inserted into the high-roofed open hall.

The most striking feature of Penarth Fawr, and the one that really makes it worth visiting, is the elaborate truss system that braces the structure. The trusses are showing signs of age, and have required recent repairs, but show in beautiful detail how a house of this period was built. 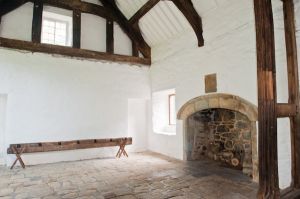 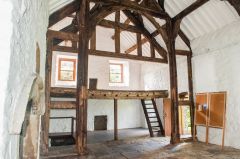 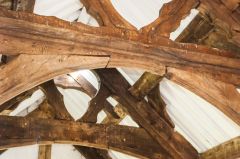 More self catering near Penarth Fawr >> 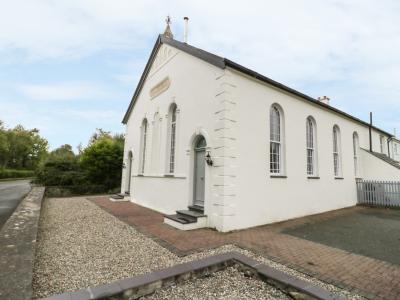 This detached cottage is located in the village of Chwilog, near Criccieth, and can sleep eight people in four bedrooms.
Sleeps 8 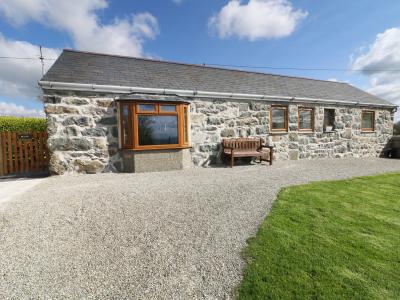 This is a stone-built cottage in the village of Chwilog on the Llyn Peninsula and can sleep six people within three bedrooms.
Sleeps 6