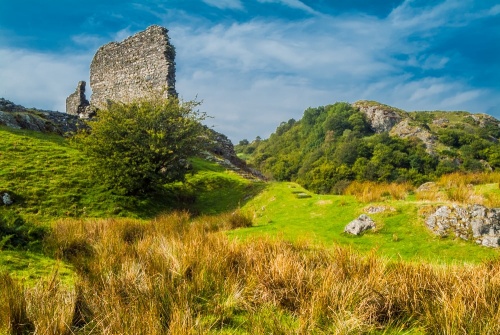 Dolwyddelan Castle is an early 13th-century Welsh fortress built by Llywelyn Fawr (Llywelyn the Great) to guard the approaches to Snowdonia through the Ffestiniog valley. At about the same time Llywelyn built Dolbadarn at Llanberis. An unsubstantiated legend says that Llywelyn was born in or near Dolwyddelan Castle in 1173.

The castle occupies a natural rocky hilltop and is surrounded by a curtain wall that follows the contour of the hillside to create a roughly hexagonal layout. Dolwyddelan was later occupied by Llywelyn's grandson, Llywelyn ap Gruffudd (Llywelyn the Last), who added a stone curtain wall around a central courtyard.

Sadly for Llywelyn, the castle could not withstand Edward I's invasion of northern Wales. It was one of the last Welsh strongholds to surrender to the English, who took control in 1283.

The D-shaped keep tower originally stood to two storeys, but was extended to three storeys in the late 13th century after it was captured by the English. Edward I rebuilt the smaller west tower at the same time. This Edwardian tower now lies in ruins but the original Welsh tower still stands.

In the late 15th century Maredudd ap Ieuan ap Robert, a descendant of Llywelyn, bought Dolwyddelan and expanded the domestic quarters. Maredudd was the founder of the powerful Wynn family dynasty. He died in 1525, and his memorial brass can be seen at St Gwyddelan's church nearby.

Maredudd's descendants favoured other family homes, like that at Gwydir Castle, and Dolwyddelan gradually fell into disuse, eventually becoming a romantic ruin much favoured by landscape artists. 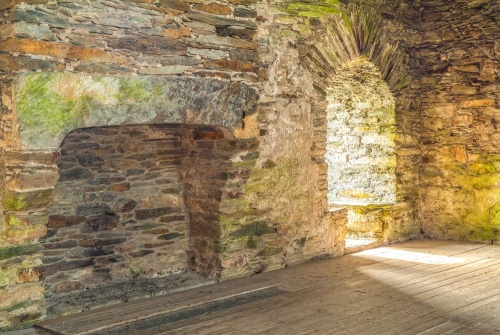 The ruins are in a remarkably good state of preservation, thanks mainly to the efforts of Lord Willoughby de Eresby, an enthusiastic Victorian restorer who gained ownership of Dolwyddelan through an advantageous marriage.

You enter the keep by way of a set of stairs to the original raised entrance. This gives you access to the great chamber, above which are living quarters for the lord. The interior is completely unfurnished, but with superb views like this, you don't miss furnishings at all! Dolwyddelan is one of the most atmospheric castles in northern Wales.

The castle is extremely easy to find. It is well signed on the A470(T) between Blaenau Ffestiniog and Betws-y-Coed. There is a free parking area and a trail leading uphill to the castle. 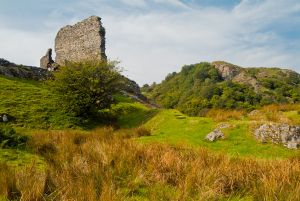 More self catering near Dolwyddelan Castle >> This detached cottage rests in Dolwyddelan, Wales and can sleep eight people in four bedrooms.
Sleeps 8 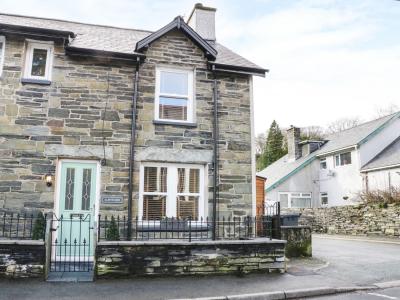 This semi-detached cottage sits in the village of Dolwyddelan in North Wales, sleeping four people in two bedrooms.
Sleeps 4