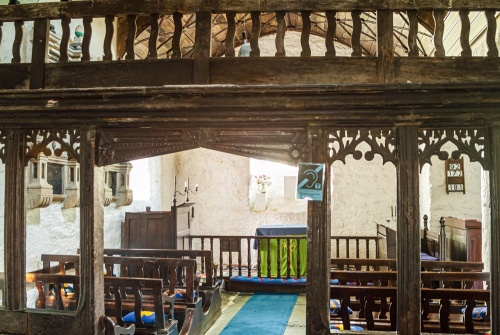 St Gwyddelan's Church has graced the Snowdonian village of Dolwyddelan for over 500 years. The church was built sometime around 1500 by Maredudd (aka Meredith) Wynne of nearby Dolwyddelan Castle, replacing an earlier medieval building on a different site.

Sometime in the late 6th century an Irish missionary monk known as Gwyddelan arrived in Snowdonia to convert the natives to Christianity. According to legend, Gwyddelan, whose name translates loosely as 'the little Irishman', set up a preaching cross on the low hill called Bryn-y-Bedd, on the north bank of the Afon Lledr.

A timber church was later set up on the site, and rebuilt in stone in the first quarter of the 12th century. That church was pulled down around 1500 and rebuilt at its present site by Maedudd ap Ieuan, a member of the powerful Wynne family of Gwydir, who held vast estates across northern Wales at the time. Wynne purchased nearby Dolwyddelan Castle in 1488. 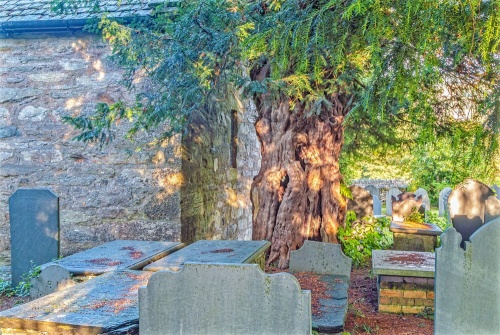 According to Wynne's 17th-century descendant, Sir John Wynn of Gwydir, his ancestor's home was regularly attacked by brigands while he and his family were worshipping. Meredudd Wynne set up lookout posts on Carreg Alltrem to watch for attack, and rebuilt the earlier church on open ground, where it would be easier to keep watch.

The new building was partially built using stones from the earlier 12th-century church. The roof is made of slate and the walls of locally quarried slate rock. A bellcote stands over the west gable. The original church roof was made of slate embedded in moss, with more moss pushed into gaps between the stones to seal the openings. 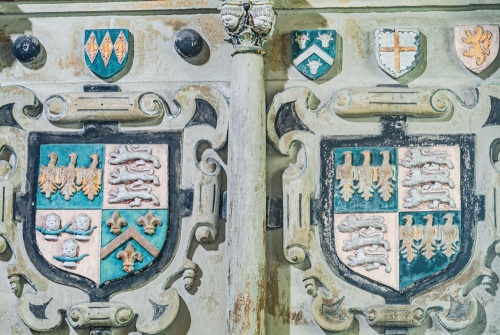 Between 1570 and 1580 a south chapel was added, with money provided by Robert Wynne of Plas Mawr in Conwy. Around the same time a beautiful memorial to the Wynne family was installed on the north wall of the chancel. This monument, replete with family coats of arms, commemorates the first three heads of the Wynn family and their wives.

A west bellcote and porch were added around 1850, the gifts of Lord Willoughby de Eresby of Gwydir Castle. The font is original, though the bowl stands on a modern base.

Other highlights include a Tuscan column with a moulded capital, 18th-century pews, and a 17th-century poor box with iron hinges. 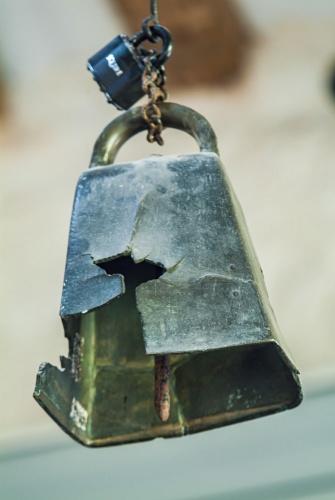 The interior is what makes St Gwydellan's Church so exciting to visit; it holds a treasure trove of historial details. The oldest feature is a handbell, known as the Clock Bell, that has been dated to around AD 800. Though it is tempting to imagine that the bell was brought here by Gwyddelan, it is was probably made two centuries after his lifetime.

The bell is believed to have been brought here from the north of Ireland and is a reminder of the close ties between Ireland and Wales during the medieval period. It is one of very few Northern Irish bells from this period to survive.

The roof is original, made of timbers that have been accurately dated by dendrochronology to a period between 1471 and 1501. There is a wooden rood screen in Perpendicular Gothic style, probably salvaged from the earlier medieval church. Two windows retain fragments of stained glass installed around 1512.

Near the front of the nave is a pew carved with the Welsh phrase, 'Maingc i'r dyla i clyw', which translates loosely as 'a bench for those who are hard of hearing'. 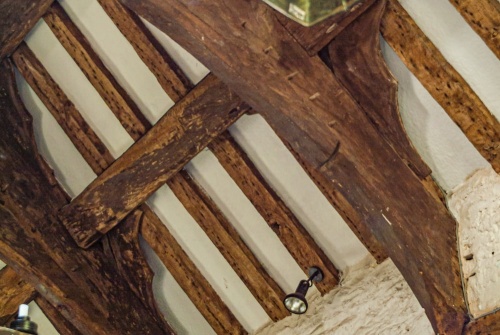 In the chancel, above the altar, is a timber beam carved with the likeness of a dragon. This is likely to represent a local myth about a sea serpent that swam up the River Lledr from the sea, causing floods as it came, before it was led away to a distant lake and the valley residents were saved.

Until recently the church had a lych gate erected in 1736. This was badly damaged in 2006 when a refuse lorry reversed into it, causing so much damage that it had to be rebuilt. 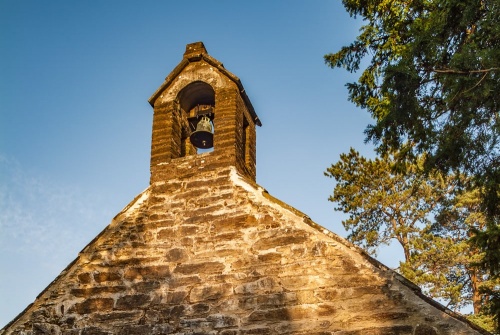 Our family had the delight of staying in Dolwyddelan for a week several summers ago, and the very first thing we did on our first day there was to visit the church. The setting is wonderful, and the aura of history is almost palpable.

In 2017 St Gwyddelan's Church became the first in Wales to win an eco award. The church was awarded a bronze eco-church award by the green energy charity A Rocha for its use of energy-efficient heating and lighting as well as for encouraging wildflowers to grow in the churchyard and erecting bird boxes.

The church is at the junction of Church Street and Bridge Street, just off the A470 in Dolwyddelan village, opposite the war memorial. There is usually ample parking along the street.