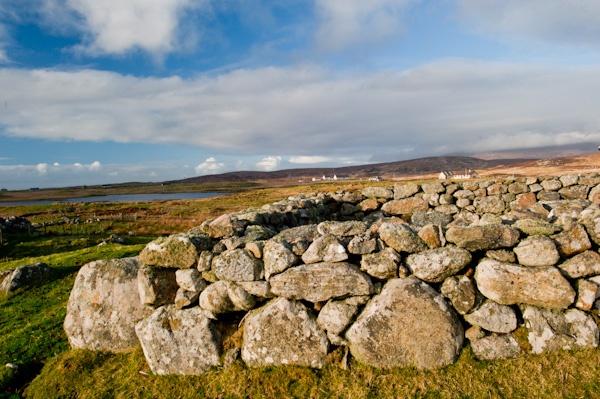 Only the foundation walls remain of the very simple cottage where Flora MacDonald was raised. Sometimes wrongly referred to as her birthplace, as far as we know Flora MacDonald was not, in fact, born here, but she did live at this simple stone cottage for a time as a child.

Flora was the daughter of Ranald MacDonald, whose father Angus dwelt at Milton. Flora was born in 1722 near Milton and spent much of her childhood in the house that stood on these simple foundations. The cottage is signposted from the A865 main road at Milton, South Uist (the sign erroneously calling it Flora MacDonald's Birthplace).

Within the cottage is a large monument raised by Clan MacDonald to commemorate her life. The location is wonderful, with views out over the low fields on all sides.

MacDonald was not an active Jacobite sympathizer, and it was really an accident of fate that forever joined her name to that of Bonnie Prince Charlie. When the prince fled after the Battle of Culloden in 1746 he made his way to South Uist.

Friends asked her to help Stuart escape, and she reluctantly agreed, despite the danger to her family. She helped the prince avoid capture and eventually escape to Skye, dressed as a female servant.

After further adventures, the prince finally made good his escape. As for MacDonald, she was captured and sent for trial to London. Her honesty and courage made her a celebrity and she was eventually released, a not inconsiderable stroke of fortune considering the dire punishment meted out to many who helped the Stuart cause.

MacDonald emigrated to America, but eventually returned to the Western Isles. She is buried at Kilmuir on the Isle of Skye. 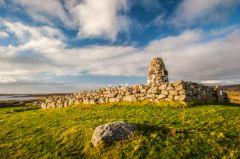 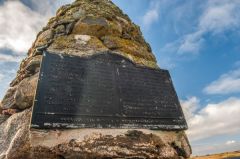 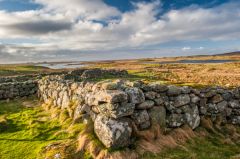 Nearby accommodation is calculated 'as the crow flies' from Flora MacDonald's House. 'Nearest' may involve a long drive up and down glens or, if you are near the coast, may include a ferry ride! Please check the property map to make sure the location is right for you.