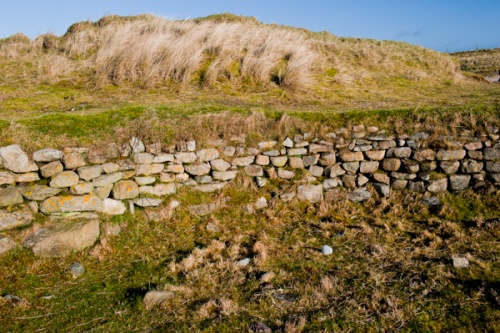 There are at least 80 ancient settlement sites along the machair of western South Uist. Of these, Cladh Hallan is one of the most recent to be excavated. Tucked into a high bank in the encroaching machair are three complete roundhouses and a small smokehouse for curing meat. The buildings date to the Late Bronze Age and early Iron Age, about 1100-200 BCE). About 100 metres away is a second smokehouse dated to around 200 BCE.

The three roundhouses formed part of a small settlement, like a terrace, composed of six or seven similar structures, the remainder of which lies beneath the sand dune to the south. The roundhouses were built with thick stone walls surrounding an interior with a sunken floor and topped with a roof of driftwood timber.

The northernmost house appears to have acted as a 'house of the dead', a place for cremation and storage of human bones.

The largest house is the middle one, which originally had a cellar, but this has now been filled in. This house had a very long lifetime, being occupied from about 1100 BCE to 200 BCE, which would make it one of the longest-inhabited prehistoric houses anywhere in the world. During those nine centuries the house was rebuilt at least seven times.

By contrast, the south house beside it was in use for only a short time after it was built around 1100 BCE. The roof and walls were then dismantled and the area was used for farming and then as a dump for dog poo (did the ancient people of Uist have a taboo against dog fouling?). 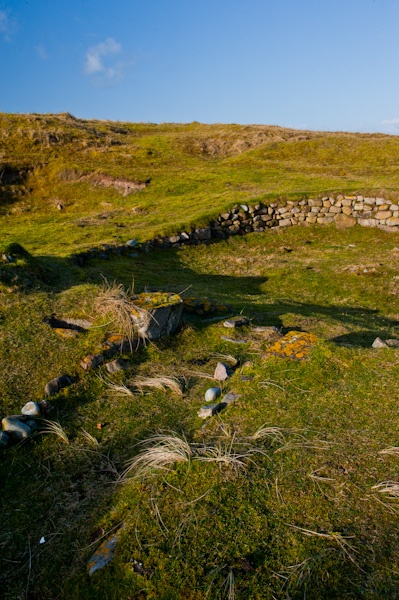 The Cladh Hallann site was abandoned around 200 BCE, at a time when new forms of dwellings became prominent (such as duns and wheelhouses).

One intriguing feature of the Hallann Roundhouses is that the builders appear to have buried human bodies, perhaps even sacrificed children, under the floors, maybe as a ceremonial offering. The large middle house has the corpse of a 12-year-old girl beneath the floor, and it has been suggested that this corpse shows signs of being a human sacrifice.

The corpse of a three-year-old child was found beneath the floor of the south house. Also buried under the floor were pots, grinding stones, and sheep. Is this evidence of a form of religious offering?

Even more interesting was what was found beneath the north house, where the mummified remains of a man and woman were discovered. The couple were wrapped and their internal organs removed and then buried in peat to preserve the remains.

Examination of the mummified remains presented some startling facts; the woman's body was about 200 years old when buried. A pair of her teeth were extracted and placed in her hands. But that is nothing to what archaeologists found when they examined the male mummy. The jaw and head were of two different males and the torso from a third. The third male died around 1500 BCE, about 4 centuries before it was buried.

It seems that the inhabitants of the wheelhouse assembled bits and pieces of various ancestors and carefully preserved the remains by mummification. We do not know exactly what beliefs these acts might signify, but it seems clear that some sort of reverence for ancestors was at work here.

The roundhouses are signposted off the A865 at Dalabrog. Follow the signs to almost the end of the road where a large power pylon stands. From there a level track leads across the machair to the roundhouses where there are information signs explaining the history of the site. 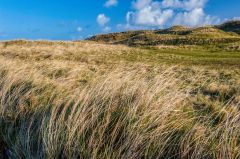 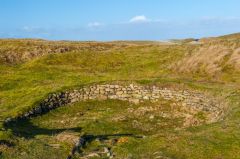 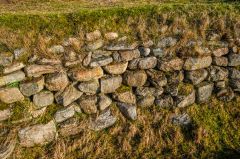 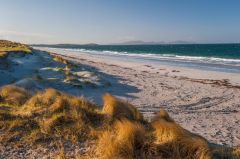 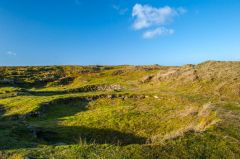 Nearby accommodation is calculated 'as the crow flies' from Hallan Roundhouses (Cladh Hallan). 'Nearest' may involve a long drive up and down glens or, if you are near the coast, may include a ferry ride! Please check the property map to make sure the location is right for you.