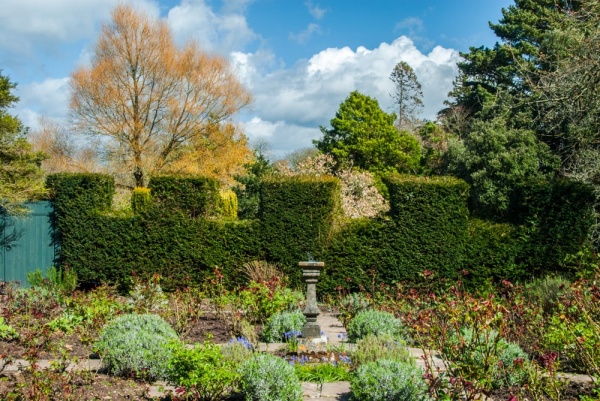 Thirty-five acres of early 20th-century formal gardens surround Upton Castle, a small 12th-century castle in a delightful countryside setting near Pembroke. The gardens are surrounded by an arboretum planted with rare trees and stand near the banks of the Cleddau estuary.

The origins of Upton Castle are obscure, but we do know that the castle formed part of a ring of defences built by the Norman overlords of Pembrokeshire in the middle of the 12th century. It was built by one of the Norman barons under the Earl of Pembroke, possibly by the Malefant family. Upton was just one of several 'secondary' castles within the lordship of Pembroke, with others at Carew, Manorbier, and Tenby. Of these, Upton was the smallest, acting as something of a border outpost of the stronger fortresses.

The popular Channel Four programme Time Team visited Upton Castle in 2012 (Season 20 Episode 11). After their customary three-day whirlwind excavations they concluded that the castle was built in the early 13th century, but by whom it was unclear.

The castle grew up near a chapel, which was itself built on the site of a very early Celtic Christian church.

The first written record of Upton Castle comes from the year 1200, but the first recorded inhabitants were the Malefant family in 1362. The effigies of William and Margaret Malefant lie in the medieval chapel.

The castle passed by marriage to the Bowen family who lived here until the middle of the 18th century. They sold it to Captain John Tasker of the East India Company, who had no direct heirs and in his will, he split the estate up amongst his three nieces. One of the nieces married Rev William Evans and the estate stayed in the Evans family for over 120 years. The last of the Evans to live at Upton Castle was Admiral Richard Evans, who died in 1927. 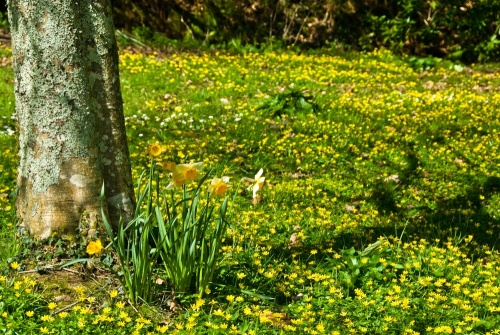 Daffodils and buttercups in spring

In 1927 a wealthy ship owner named Stanley Neale bought the Upton Castle estate. Neale cleared away scrub and undergrowth, laid out the formal gardens near the house, and planted the arboretum surrounding the gardens, making the development of the gardens his life's work. He used horses and carts to bring stone from a quarry near Pembroke to build up the terraces near the castle and there designed a series of formal gardens designs.

As for the castle, the core of the building dates to the 16th/17th centuries with Victorian remodelling. Three original medieval towers remain. Between two of the towers is the Great Hall, which retains its 13th-century fireplace. The Great Hall windows are also original as are the spiral stairs leading to the turrets. The castle has been sold just three times in its 700 years of existence.

Unfortunately the castle is not open to the public, in part for safety reasons. The 20th-century gardens and arboretum are very much open, however, as is the 13th-century chapel with its medieval effigies.

Please see our separate article on the Upton Castle Chapel for more history and photos of this intriguing building. 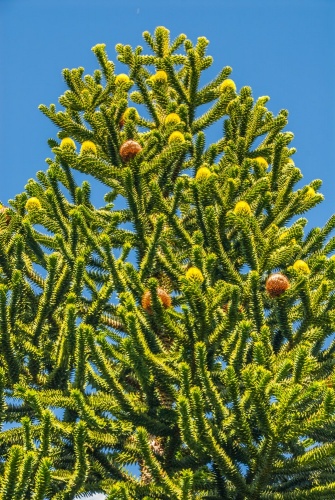 Stanley Neale designed a delightful garden, with formal features near the castle giving way to more informal settings in the Arboretum and beyond that to attractive woodland walks leading to the Carew River. More than 250 varieties of trees and shrubs populate the woodland.

The arboretum boasts a large number of mature trees, some of them quite rare in Britain. among these are the Fern Leafed Beech, Tulip Tree, Podocarpus (Plum Pine), and Cunninghamia (an evergreen of the Cyprus family). There 18 Champion Trees (the largest of their species in Britain). among the Champion Trees is a Taxus baccata (Yew Tree) said to be 800 years old.

Near the house are formal terraces, herbaceous borders, and a rose garden. There are three terraces; on the top terrace is a traditional herbaceous border and the formal rose garden. The Middle Terrace is closed to the public but the lower terrace holds the Winter Walk, so-called because this area was originally planted with species that thrive in the colder months of the year.

Upton Castle Gardens offer a variety of seasonal delights. In spring you can see the 40 foot high Magnolia Campbelli in full colour, along with daffodils, snowdrops, and camellias. Rhododendrons and magnolias make spring a colourful time to explore the gardens.

In summer the highlight is the unusual Handkerchief Tree along with wisteria and lush carpets of bluebells in the woods. Late in summer the roses and herbaceous borders are at their best.

Autumn highlights include hydrangeas, and as the weather turns colder you will see the acers and ornamental trees provide yellow and orange colour.

Though most of the Upton Castle Gardens were the work of Stanley Neale in the early 20th century, the walled garden has its beginnings in the late 18th century. The garden is mainly used for growing fruit and vegetables, with a modern herb garden. 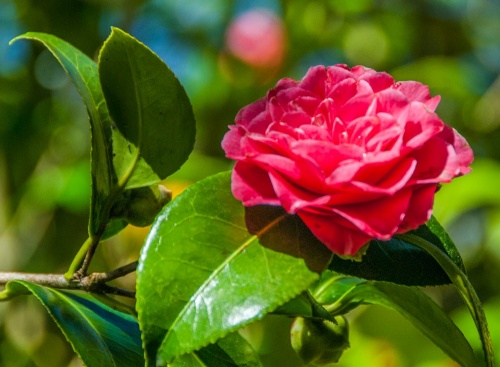 Our family visited Upton Castle Gardens in early spring when the daffodils created a sea of golden yellow under the eaves of the woods. The effect was stunning. You can catch glimpses of the castle through the tree branches, but for the most part, it is hidden from view. The woodland walks are a delight, especially if you carry on down the trail known as Lover's Lane to the river bank.

Upton Castle is a delight and well worth a visit. 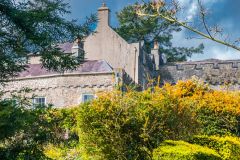 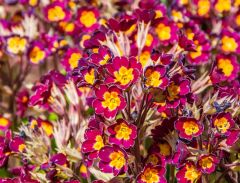 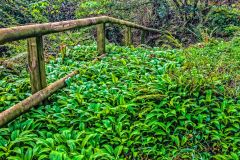 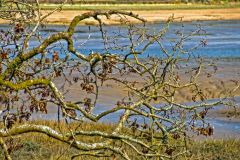 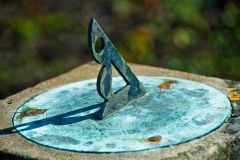