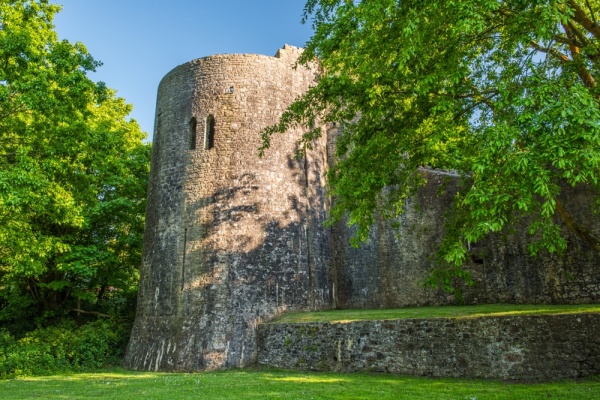 Barnard's Tower is a 13th-century defensive tower that formed part of the medieval town walls of Pembroke. The walls were defended by six towers, and of the surviving towers, Barnard's Tower is by far the most impressive and best-preserved.

The Tower was probably built by William de Valence, 1st Earl of Pembroke, and defended the north-east corner of the town walls. It was not built into the structure of the wall but was made to be an independent building, a defensible structure in its own right, like a castle in miniature.

William de Valence was a Norman nobleman, born Guillaume de Lusignan in 1225. He supported King Henry III and fought on the king's side during the Second Baron's War. He married Joan, daughter of William Marshall, and through her gained the vast Marshall estates in southern Wales. De Valence made Pembroke his base for English campaigns against Llywelyn ap Gruffudd. He is buried in Westminster Abbey in London.

The circular Tower stands three storeys high and is roughly 9m in diameter and 11m tall. It is linked to the town wall by a forebuilding that rises almost to the same height as the Tower itself. The Tower boasts extremely thick rubble walls, measured at about 2.1m thick.

The Tower entrance was protected by a drawbridge pit and the vaulted entrance was defended by a gate and portcullis. At ground level is a circular basement chamber linked to the upper floors by an internal spiral stair. The Tower is large enough to support a small, permanent garrison. 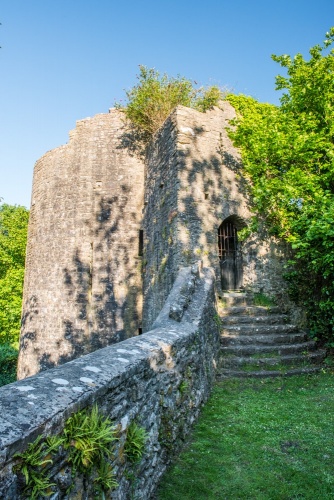 The Tower can only be entered at second-floor level via the forebuilding, approached from inside the town walls, where the ground level is much higher. Beside the entrance doorway are a pair of vertical slits presumably made to hold the end of the drawbridge timbers.

In the angle between the town wall and the forebuilding is a latrine, or garderobe, corbeled out away from the wall. Halfway along the entrance passage is a portcullis slot.

The spiral stair climbs to the Tower top where it emerges at a cap house. The presence of putlog holes suggests that the Tower originally supported a timber 'hourd' or overhanging timber walkway.

Dating the exact construction of Barnard's Tower is difficult; the arrow loops are similar to those in the Barbican Tower at nearby Pembroke Castle, which were built around 1260. 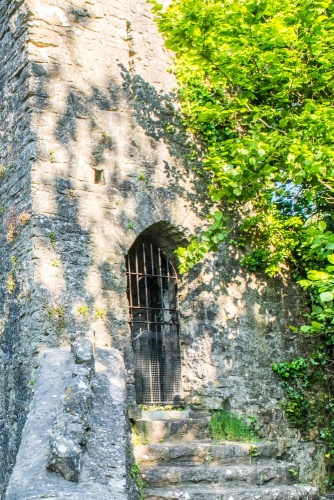 But what of the name?

There is no indication of who 'Barnard' was or when he lived. The name did not appear until the late 18th century and may have nothing to do with the construction of the Tower.

What makes Barnard's Tower so unusual are the domestic features, suggesting that it was habitable rather than simply a place for soldiers to keep watch.

Despite the historical importance of Barnard's Tower there seems to be some confusion over its future. In 2013 Pembrokeshire County Council put the Tower up for sale. The Town Council considered buying the Tower but decided against such a move due to concerns over ongoing costs of restoration.

At present the Tower's future is uncertain, but for now, it remains a fascinating feature of Pembroke's historic town walls. The Tower's location is marvellous, overlooking Mill Pond and easily reached from the town's Main Street, behind no. 122, or from Mill Pond Walk. Please note that the interior is not usually open to the public, but the tower makes a wonderful stopping place on the Town Trail, highlighting historical features around Pembroke's town centre. 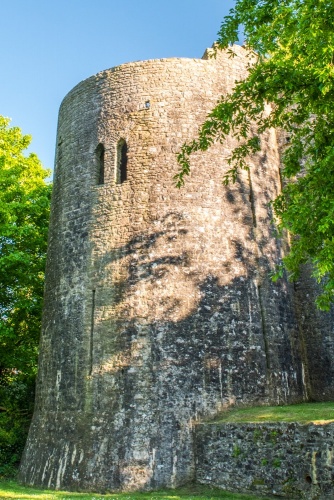 The Tower from the Mill Pond side

Self Catering near Pembroke