Bosherston, St Michael and All Angels 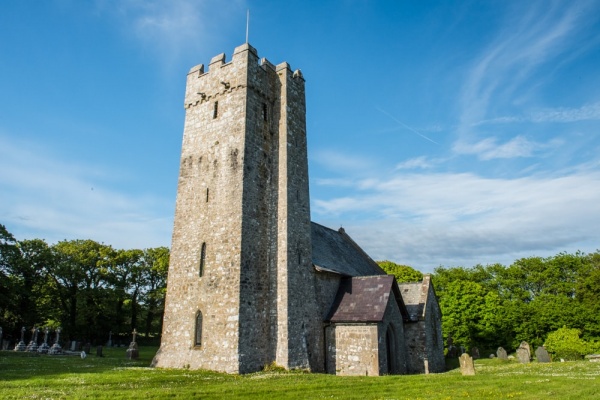 St Michael's Church in Bosherston is a late 13th century Norman church, built in form of a cross, on site of an earlier church. The 1st Earl of Cawdor of Stackpole Court, on whose estate the church was sited, had it restored in 1855. The Cawdor arms feature in the floor tiles in the chancel and the sanctuary.

The first thing you see on entering the church is the simple Norman font, which predates the current building and must have been preserved from the earlier church.

Another historic highlight is below the north transept window, where you will find a medieval tomb niche with a very worn effigy of a woman. The woman is thought to be the dowager Duchess of Buckingham, ancestor of the Dukes of Norfolk. She is shown to be a widow because she is shown wearing a veil and a cloak.

There is a second tomb niche and effigy in the south transept, where a figure of a 14th-century knight lies on a stone slab. The very useful church guide says that he was a Crusader but gives no evidence to support this claim.

On the north wall of the nave is a memorial to the men of Bosherston who died in WWI, and a coast guard sailor who died in the line of duty during WWII.

Outside in the churchyard is a preaching cross with a carved face in the centre of the cross. It is unusual in being so short, and the carving of a face in the middle of the shaft is also rare.

One rather amusing touch is provided by a large notice in a wooden frame, titled 'A Notice of Kindred and Affinity', laying out in exact terms just who was allowed to marry who under Church of England rules. We learn, for example, that a woman must not marry her husband's mother's brother, or a man marry his wife's daughter's daughter.

The east window was installed in honour of Rev. William Allen, rector from 1831-1872. Allen's wife Francis left behind a diary covering the years 1832-1865. It provides a fascinating insight into the lives of country clergy in the Victorian period. Copies of the diary are available in the church.

The transept windows were installed in honour of another rector, The Venerable David Williams, who served the parish from 1913-1920 and was also Archdeacon of St David's during that period.

St Michaels is usually open daylight hours. Immediately beyond the churchyard is the National Trust parking area, giving access to the Bosherston Lily Ponds, famous for their lush display of lilies in summer. 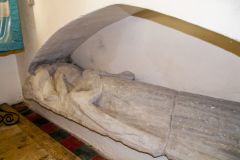 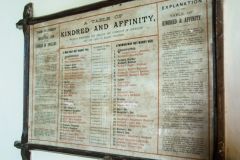 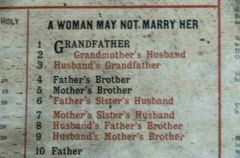 Nearest Accommodation to Bosherston, St Michael and All Angels:

More self catering near Bosherston, St Michael and All Angels >>

More Hotels near Bosherston, St Michael and All Angels >>

More bed and breakfasts near Bosherston, St Michael and All Angels >> 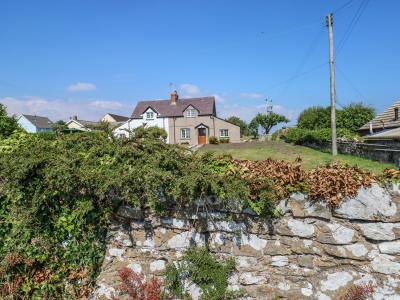 This charming semi-detached cottage rests in the pretty village of Bosherston near Pembroke and can sleep four people in two bedrooms.
Sleeps 4