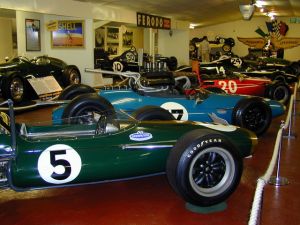 Next to Donington Park racing circuit is this collection of historic motorcycles and over 130 Grand Prix race cars, claimed to be the largest single-seater collection in the world.

The museum opened in 1973, based around the private collection of Tom Wheatcroft. Since then other collectors have loaned cars to the museum, and several large collections of motoring memorabilia have expanded the collection to include much more than just the race cars themselves.

The collection traces the history and development of grand prix racing from the early years of the 20th century up to the present day. The museum also has the world's most comprehensive collection of motor racing helmets, including those worn by drivers Nigel Mansell and Fernando Alonso, among many others.

The Donington Collection boasts the largest number of McLaren racing cars anywhere in the world, with a special emphasis on cars from the 70s-90s. Among the cars on display is the one driven by James Hunt in 1977 and Mika Hakkinen's 1999 Formula 1 World Champion car. See the car driven by Alain Prost to his first world title in 1985, and a display of driver helmets worn by such greats as Ayrton Senna and Nikki Lauda.

Aside from the collection of McLarens, the museum has the only complete collection of Vanwall racers in the world, and several historically important vehicles. Perhaps the most popular single car is the Lotus 25 driven by Jim Clark to the World Championship. Another highlight is the Lotus 18 driven to victory by Stirling Moss at the 1961 Monaco Grand Prix.

Aside from Formular One race cars the museum also has other forms of open-wheeled racers, and even a collection of World war Two motorcycles.

Unfortunately, we have just learned that the Collection has closed. We will shortly be removing this page. Please DO NOT make plans to visit! 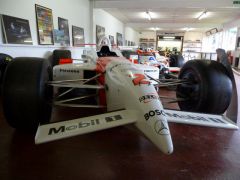 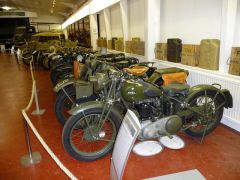