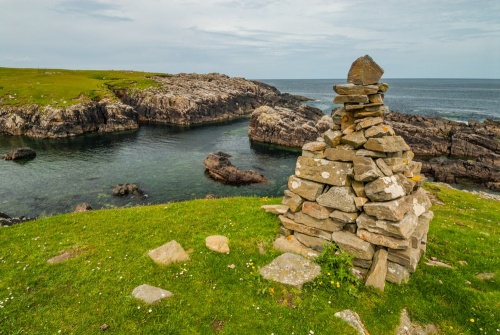 Dun Eistean is a fascinating archaeological site in the north-east corner of Lewis with remains spanning hundreds, if not thousands, of years from the Iron Age to the post-medieval period. The remains include what appears to be an Iron Age fort and a medieval settlement.

Local tradition says that Dun Eistean was held by Clan Morrison, who held sway over much of the Western Isles under the Lordship of the Isles. 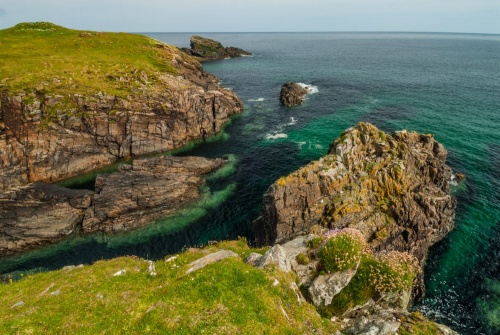 The view from the dun

Dun Eistean occupies a small tidal island joined to the mainland by a bridge across a deep ravine. The edge of the island is protected by a stone wall rising to 0.5m in places and roughly 1.8m wide.

Within the walled enclosure are the remains of a dun, or fortified stone house, known as Tigh nan Arm (which translates as 'the House of Arms'). The dun is built to a rectangular plan surrounding an inner oval area. The external walls of the rectangle measure 7m x 5.5m (23 x 18 feet). The walls only stand to about 1.4m (4.5 feet).

There is no evidence of a doorway piercing the walls at ground level, suggesting that access to the dun's interior was by way of a wooden ladder to a first-floor doorway. 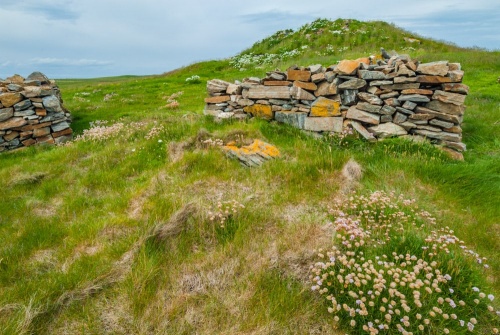 Outside the southern wall are the foundation walls of houses built by Clan Morrison about 1597. This coincides with the 'Linn nan Creach';, or 'Time of Strife'; the turbulent period between the fall of the Lordship of the Isles in 1497 and the late 18th century, when the government of Scotland effectively broke the clan system and with it, much of Gaelic culture, following the failure of Bonnie Prince Charlie's Jacobite rebellion in 1746.

Throughout the roughly 300 years of this period of upheaval, clans like the Morrisons took steps to protect their traditional lands against attack, and probably re-occupied Dun Eistean as part of this effort. 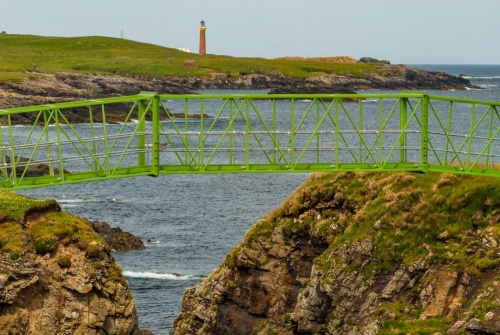 Near these hut foundations is a ledge known locally as Palla na Biorlinn, used by the residents of Dun Eistean to haul their boats to safety.

Below the dun is a manmade depression thought to have been used as a pond for collecting drinking water.

It is remarkable to see how many archaeological ruins are crammed into the relatively small area atop the island, which measures only 100m x 60m.

In 2001 a geophysical survey by archaeologists from the University of Glashow revealed a rock-cut ditch defending the dun with a causewayed entrance to the south. An investigation uncovered pottery remains, flint tools, pieces of rusted iron, and, most surprisingly, a lead pistol shot that had never been fired. 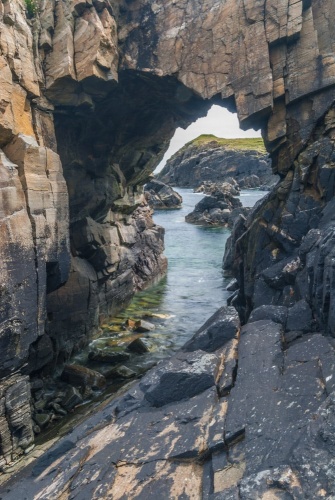 From Stornoway take the A857 north to Port of Ness. Dun Eistean is signposted on your left on the B8014 to Knockaird. After about 300m there is an unpaved track off to your right, signposted to Dun Eistean. It is possible - with care - to drive this track to the cliff edge at Dun Eistean, but the going is rough so you may prefer to park and walk from the B8014. We drove directly to the fort without any issues.

Please take care. The island is unprotected by fences, and it's a sheer drop down to jagged rocks, so be very careful near the cliff edge.

The setting of Dun Eistean is unforgettable, with wonderful views along the coast and north to the Butt of Lewis.

Dun Eistean is accessible at any time, but be aware that there are no visitor facilities.

Nearby accommodation is calculated 'as the crow flies' from Dun Eistean. 'Nearest' may involve a long drive up and down glens or, if you are near the coast, may include a ferry ride! Please check the property map to make sure the location is right for you.

More self catering near Dun Eistean