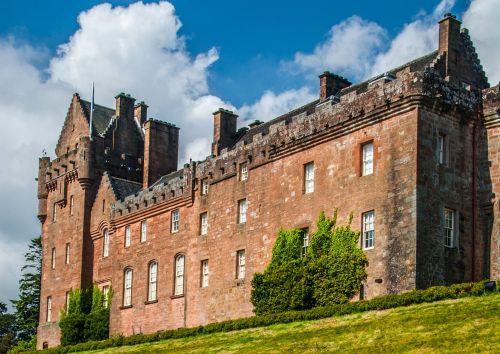 Brodick has been called the quintessential country estate, and it is the only island country park in Britain. The historic house is set beneath the dramatic backdrop of Goatfell, and trails lead through the castle grounds and up to the summit of the mountain.

The castle we see today is pure Scottish Baronial splendour, designed in 1844 by James Gillespie Graham, but the history of Brodick goes back over 800 years. The site overlooking Brodick Bay was owned by the kings of Dalriada, a realm that included lands in Ireland and south west Scotland. The area was later controlled by the Norse, whose vast kingdom spanned all of northern and western Scotland. 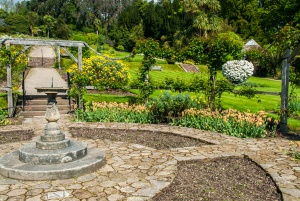 The Vikings used Brodick to moor their boats, drawing them up on the beach below the castle. In the 11th century, the Vikings were driven from Arran, and the first stone fortress here was erected by the Stewarts in 1240. The Stewarts did not have long to enjoy their new castle, for they were ousted by the MacDonalds by 1260.

Edward I of England captured Brodick at the outset of the Scottish Wars of Independence, but it was recaptured by Robert Bruce in 1307. The English did not give up their attempts to control Arran, and Henry IV besieged Brodick and briefly took control of the castle in 1406. The castle was damaged by the English attack, but also by a MacDonald raid in 1455.

In 1503 the Hamilton family, Earls of Arran, took possession of Brodick Castle, and immediately began to transform the medieval fortress, introducing several new defensive modifications. But those modern military defences did not help against another English attack in 1544 during Henry VIII's War of the Rough Wooing.

Once again the Earl of Arran repaired the castle, but more turmoil was to come in the 17th century. This time it was not the English, but a long, drawn out struggle between the Hamiltons and the Campbells for control of Brodick. The castle changed hands with bewildering frequency, in 1639, 1644, 1646, and again in 1651. 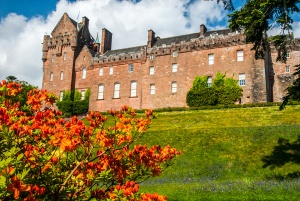 The castle from the gardens

Then the English did step in, and a garrison of Cromwell's soldiers occupied Brodick in the 1650s, building a new artillery battery to protect the castle approach. The battery is now used to house the art collection amassed by William Beckford. The final transformation came in 1844, when Brodick took on its current look as an opulent country house, albeit with a very military demeanour.

Like any self-respecting ancient building, Brodick Castle has its own ghost; a Grey Lady said to be the spectre of a woman who contracted the Black Death and was thrown into the castle pit dungeon. Another alarming ghost is that of a white deer, which can be seen grazing beside the castle whenever the chief of the Hamilton family is about to die.

Brodick is a delight to visit; the house is a wonderful example of a stately home with a long and fascinating history as a military fortress. There are enough tales to tell about Brodick Castle to entertain visitors for hours. The castle interior is filled with fine furniture, porcelain, artwork, silver, and sporting trophies. And then there are the gardens, with a network of woodland trails, waterfalls, and ponds. The gardens are especially notable for rhododendrons. We came in April and the garden was bursting with colour!

Nearby accommodation is calculated 'as the crow flies' from Brodick Castle. 'Nearest' may involve a long drive up and down glens or, if you are near the coast, may include a ferry ride! Please check the property map to make sure the location is right for you.

More self catering near Brodick Castle >> 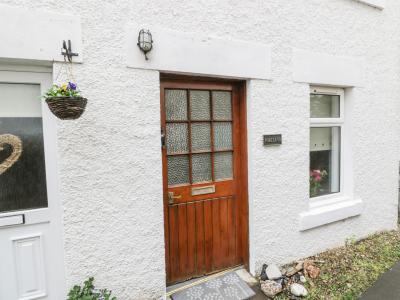