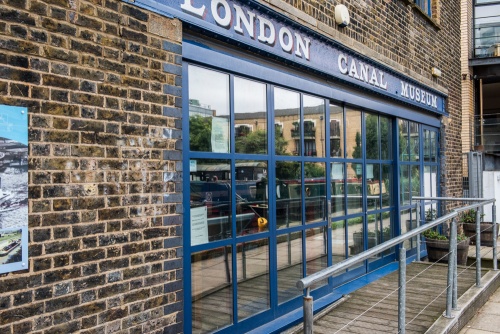 The London Canal Museum is a restored Victorian warehouse near Paddington Station that is home to a fascinating museum of canals, boats, the ice trade, and ice cream. Learn how canals and waterways changed London's history, see a Victorian ice well beneath the museum, and find out how Carlo Gatti made ice cream popular in 19th century London.

Why are there ice cream exhibits in a canal museum? The answer lies in the building used to house the museum. The warehouse was built in 1857 for Carlo Gatti, the man who perhaps, more than any other, made ice cream popular around the world. In a deep chamber below the warehouse, known as an ice well, Gatti stored blocks of ice brought from Norway on a combination of ship and canal boat. Gatti imported up to 400 tons of ice at a time, so the well needed to be extremely large! 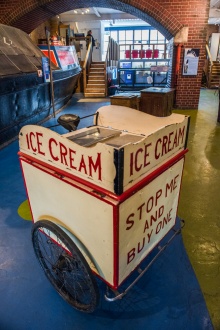 Prior to the rapid changes in transportation brought on by the Industrial Age, the only way to obtain and keep ice was to cut it from frozen ponds, lakes, and canals in winter and store it in underground ice houses.

Around 1820 ice began to be imported from Norway, and the demand for this luxury good meant that large underground ice wells had to be built all over London to store the ice at a reasonably cold temperature. And of course, there was no refrigeration, so ice cream had to be made fresh and eaten immediately. as a result, it was a luxury item, and highly prized.

Carlo Gatti came to England in the 1840s and opened a cafe at Charing Cross. Gatti's cafes were something new to Britain, offering reasonably priced food in a comfortable, safe atmosphere; a balance between an expensive restaurant and a lower-class inn.

One of the secrets to the success of Gatti's cafes (and the ice cream they sold) was the ready availability of ice to keep food chilled and relatively fresh for longer. The ice wells at 12/13 New Wharf road remained in use until 1902.

After the ice well fell out of use it was floored over and the ground floor was used as a stable, and later to store spare parts for London buses.

Explore the interior of a narrowboat, and learn the fascinating history of London's canals, the people who worked on them and the horses that were used to pull canal boats. How did canals work, what sort of cargoes were transported by canal, and why? 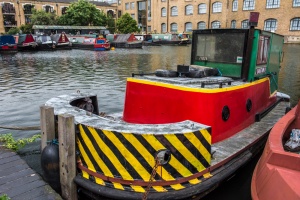 These are some of the questions the Canal Museum answers. Learn the story of major London waterways like the Regent's Canal, Grand Union Canal, and the Lee Navigation, and see how waterways changed London. Trace the history of waterways in London over the course of 200 years, with maps, audio recordings, archives, and objects associated with designing, building, and working on the canals.

Museum visitors can look through an opening in the floor, down into one of Carlo Gatti's Victorian ice wells. A second ice well can be viewed with a web cam. Moored outside the museum is a Bantam tug, built in 1950 and used for hauling gravel and as a working tug on the Kennet and Avon Canal. Bantams are unusual in that they do not pull a cargo, they push it, which is actually more efficient.

Usually closed Mondays and there is a small charge to enter.

The easiest way to reach the museum is to take the London underground to Kings Cross Station. Simply follow the brown tourist signs down York Way, turn right on Wharfedale and left on New Wharf Road. It should take no more than 10 minutes easy stroll from the front entrance to King's Cross Station. The museum is also located on the Reents Canal towpath.

The museum is laid out on two floors. On the bottom floor is the stern section a narrowboat that you can climb aboard and explore, and you can look down into one of Carlo Gatti's ice wells in the floor. Sliding doors lead out to the canal, where narrowboats are moored. It is fascinating to see the canalside area that was once a terrible slum is now home to luxury apartments and a place for leisure boating.

Back inside the museum, you can see artefacts from the glory days of the canal, including a locking paddle from Regent's Canal. On the wall is the foundation stone of Carlo Gatti's building, but my favourite display is a set of glass 'licking cups'. When ice cream became popular in London no one had thought of the edible cones that we take for granted today.

The frozen delicacy was often served in glass cups about the size of a whisky shot glass, and customers simply licked the ice cream from the cup. These 'glass licking cups' could be reused over and over again. Unfortunately, they were often reused without being washed. The cups became a serious health hazard and were implicated in the spread of typhoid.

The Canal Museum offers a fascinating look back into the golden age of inland waterways, and a fascinating glimpse into the world of ice and ice cream in Victorian London. 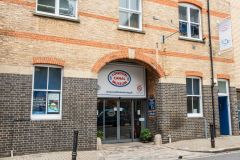 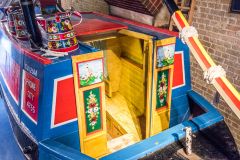 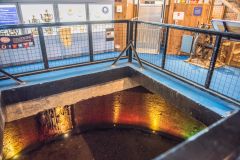 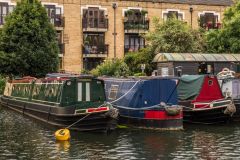 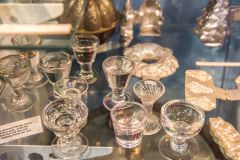 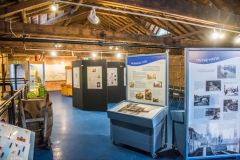 Note: You can get Free Entry to London Canal Museum with the London Pass