HERITAGE HIGHLIGHTS:   Church of St Guthlac is one of only two with that dedication in Britain 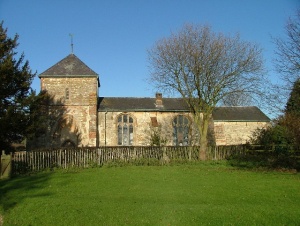 This village near the River Ivel could pose for calendar covers. The manor of Astwick dates back to the Domesday Book when it was held by a family named, yes ... Astwick.

One unusual building in the village is Astwick Bury, a moated house fronted by yew hedges and ornamental yew trees. Despite the moat, which would suggest medieval origins, the house dates from about 1700.

The church in Astwick is one of only two in England dedicated to St. Guthlac. It has Norman underpinnings, and a 15th century tower, as well as a two-tier pulpit. One odd touch is a chimney, not normally something found in a church.

More self catering near Astwick

More bed and breakfasts near Astwick