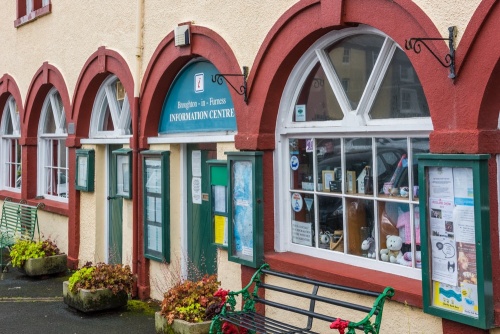 Broughton-in-Furness sits in the Southern Lake District, at the north-western edge of the Furness Peninsula and the northern tip of the Duddon Estuary. This attractive market town is based around a picturesque cobbled square where markets have been held since Elizabethan times. On 1 August each year the royal charter giving Broughton the right to hold a market is read out in an official ceremony in The Square.

The Square is ringed by attractive shops, many of them Georgian. They date back to around 1760 when John Gilpin Sawrey, the Lord of the Manor, laid out the Square as we see it today. Sawrey lived at Broughton Tower, a stone's throw from The Square. Sawrey modelled The Square after a traditional London square, complete with a large horse chestnut tree that still dominates its surroundings. 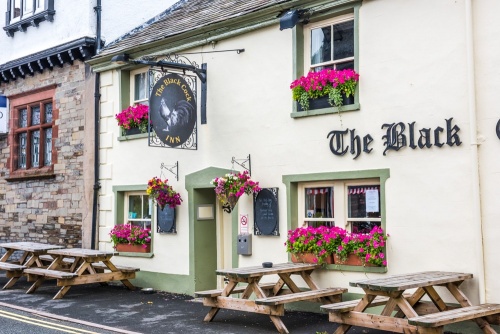 The most iconic symbol of Broughton-in-Furness is a slender column known as The Obelisk, standing in the centre of the town square. The Obelisk was erected in 1810 to commemorate King George III's Jubilee. Near the base of the Obelisk stands a set of old village stocks used to punish criminals in days gone by. Near the stocks are a pair of low stone slab benches where fresh fish was displayed for sale on market days.

One of those Georgian buildings is the Market Hall, built in 1766. It now houses several cal businesses including the tourist information centre.

Broughton has a tenuous link to the Bronte sisters, as their brother Branwell lived here for a brief period when he served as a tutor with the Postlethwaite family. Other literary connections include the poets William Wordsworth and Norman Nicholson, both of whom wrote poems inspired by Broughton and the surrounding areas such as the beautiful and tranquil Duddon Valley. 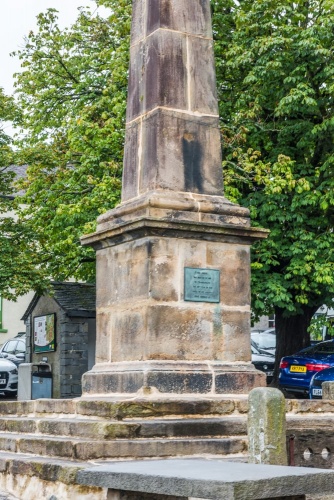 The manor of Broughton was held by the Broughton family throughout much of the medieval period. That changed in 1487 when Sir Thomas Broughton supported Lambert Simnel's attempt to claim the throne from Henry VII. When Simnel was defeated, the Broughton estates were seized by the Crown.

King Henry granted the estates to the Thomas Stanley, the 1st Earl of Derby. Edward Leigh bought the manor in 1653, then sold it five years later to Edward Sawrey. His descendants held Broughton for over 230 years, and it was they who created The Square. 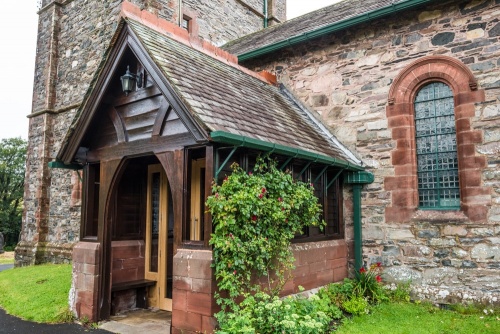 Probably the oldest building in Broughton is the attractive parish church, dedicated to St Mary Magdalene. There was a church here as early as the Saxon period, but the building we see today is largely the result of a major rebuild by the architects Edward Graham Paley and Hubert James Austin of Lancaster in 1873. As a result, the church interior is almost completely Victorian, with a few notable exceptions.

Most of the stained glass is by Charles Eamer Kempe, but there is a window in the south aisle designed by the Pre-Raphaelite artist Edward Burne-Jones. The window was designed for Christ Church in Oxford, but several copies were made, including this one, which came from the Home of the Good Samaritan in Redcar.

Tucked away under an old parish bier is a 15th-century bell. Other historic highlights include a parish chest. carved from a solid oak tree, a late-medieval font, and a 1595 Bishop's Bible. 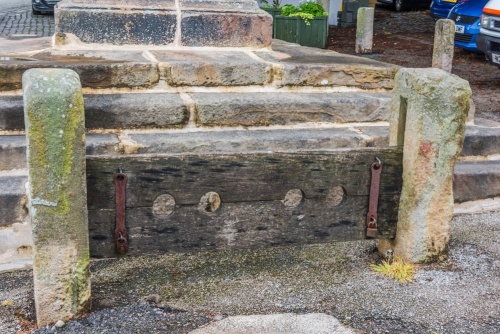 An old set of stocks in The Square

In the churchyard is a Grade II listed sundial made from the stump of a medieval churchyard cross.

There are several attractive inns in Broughton, including the Black Cock Inn, on the north side of Princes Street. The inn dates to the 17th century, with later additions. Then there is the Old King's Head on Station Road, first recorded as Church House in 1666. On the west side of The Square is the Manor Arms pub, built in 1760 for Gilpin Sawrey.

Broughton-in-Furness is located near the junction of the A595 and the A593. There is parking in the town square (though it can be crowded). We easily found parking along a side street off The Square. 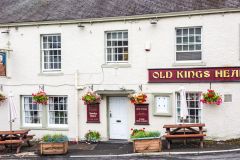 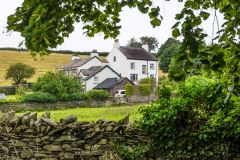 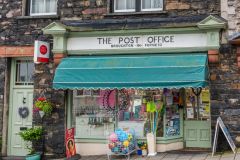 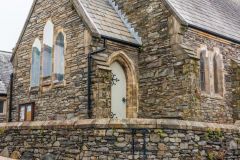 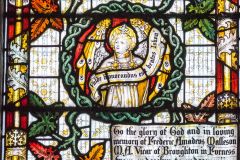 More self catering near Broughton-in-Furness

More bed and breakfasts near Broughton-in-Furness