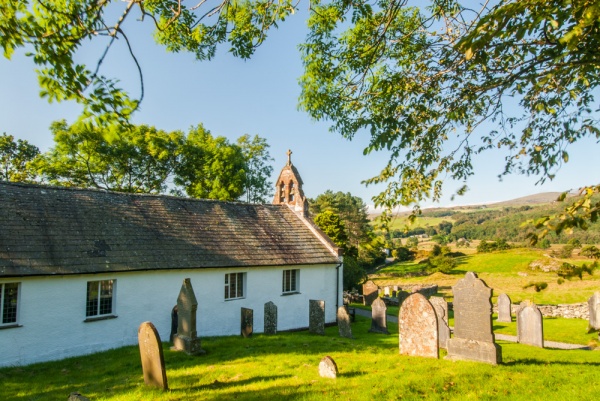 St John's church is set in the idyllic Duddon Valley, about five miles north of Brought-in-Furness, in one of the most peaceful and least-visited parts of the Lake District National Park.

The origins of the church are uncertain, but it seems likely it was built as a chapel of ease for Millom.

The first record of a church comes from the 13th century, but it first appears on a map in 1577.

The present whitewashed stone building dates to the 17th century. It is a low single-celled building of local stone, its thick walls pierced by simple rectangular windows filled with clear glass. So simple is the building that you could be forgiven for thinking it to be a non-conformist chapel. There is no tower, just a small bellcote over the west gable, holding a pair of bells.

Outside the west porch is a pedestal sundial dating to 1761, given by William Danson.

The sloped roof is of slate, and if you stand underneath it you can see how the roof undulates like waves, its timber rafters showing the strain of years. 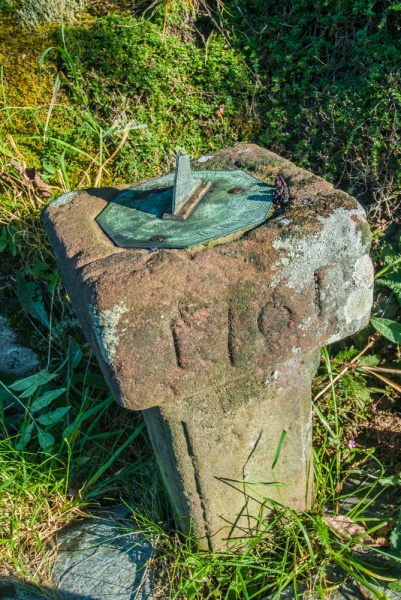 The east window is 17th century, but the remaining windows may all be 20th-century replacements. In the north and east walls are stone cupboards - really just small holes - used for keeping holy books and communion vessels.

The font is late medieval, probably retained from the earlier church on this spot when the present building was erected. You can see the remains of a lock on the octagonal bowl, to prevent people from stealing holy water. The medieval bowl is set on a 19th-century pillar and plinth.

During repairs in 1934, several large sections of painted plaster were uncovered, dating back to 1700. The plaster was painted with vegetable-based water paint. One section depicts part of the Lord's Prayer text, another is part of the Ten Commandments. One fragment is part of a royal coat of arms to Queen Anne (look for the 'AR' initials).

The paintings are very similar to paintings at Broughton-in-Furness church, which are known to have been made by Salathiel Court in 1720, so it seems reasonable to suggest that the Ulpha paintings were also his work.

In addition to the early 18th-century wall paintings, there are two black and white murals painted directly onto the lime plaster. One mural has the names of the churchwardens in 1793. The other bears the name of a member of the Danson family who paid for the lychgate and the timber porch. 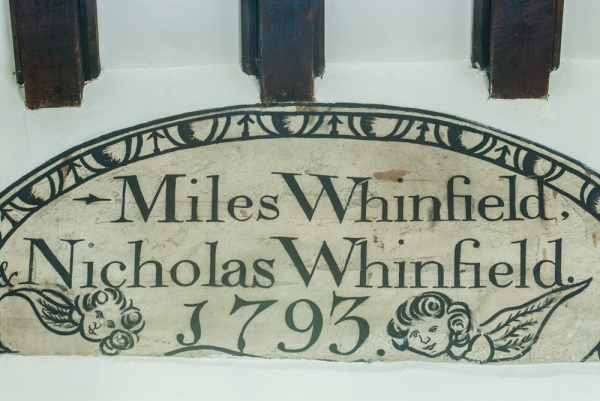 There is only one historic monument, to the parents of John Gunson, who established the local almshouses. The altar is worth noting; it is carved from a fruit tree and bears the initials of Thomas Stephenson, churchwarden in 1882.

Poet William Wordsworth loved the Duddon Valley, and wrote a verse extolling a visit to the church:

"Kirk of Ulpha to the pilgrim's eye
Is welcome as a star, that doth present
Its shining forehead through the peaceful rent
Of a black cloud diffused o'er half the sky"

The church is usually open daylight hours to visitors and was open when we visited. Do take a moment to wander down to the River Ulpha just behind the church. 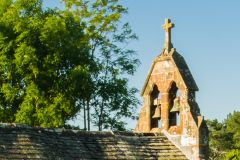 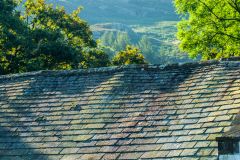 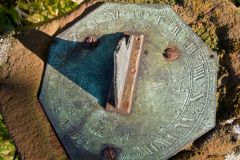 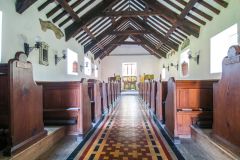 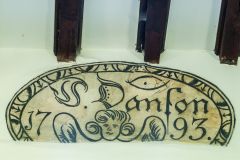 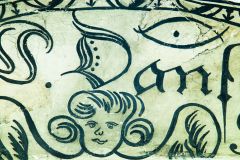 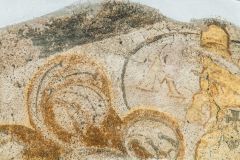