HERITAGE HIGHLIGHTS:   One of the best-preserved stone circles in northern England 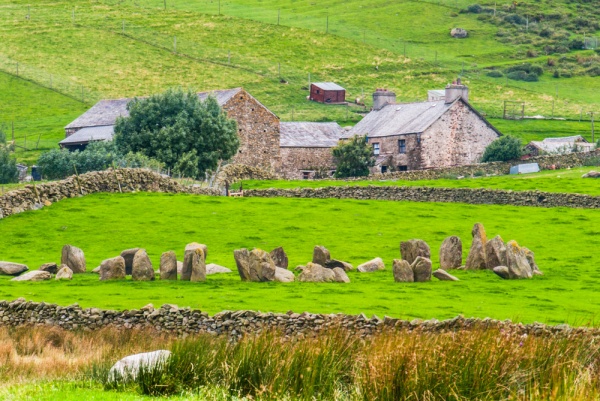 Swinside stone circle is one of the most impressive, and at the same time, one of the least visited, stone circles in Britain. The circle stands up a farm track about three miles west of Broughton-in-Furness, Cumbria, in the south-west corner of the Lake District National Park, on the slopes of Black Combe. Perhaps the fact that it can only be reached by a walk of almost a mile from the nearest road accounts for the fact that it is so little known and rarely visited.

Swinside, or Sunkenkirk, as it is sometimes known, dates to the Neolithic period. It is composed of 55 stones of varying heights and shapes, though it seems there were originally as many as 60 stones. The tallest stones reach about 3m high (roughly 10 feet) and the circle is about 27m across (about 94 feet). The stones are of porphyritic slate, gathered from the surrounding fells. About 30 stones are still standing, and the remainder have fallen.

On the south-east side is an entrance, marked by a pair of portal stones outside the circle. The circle entrance appears to align with the midwinter sunrise, suggesting that it had a ceremonial function tied to astronomical observances. 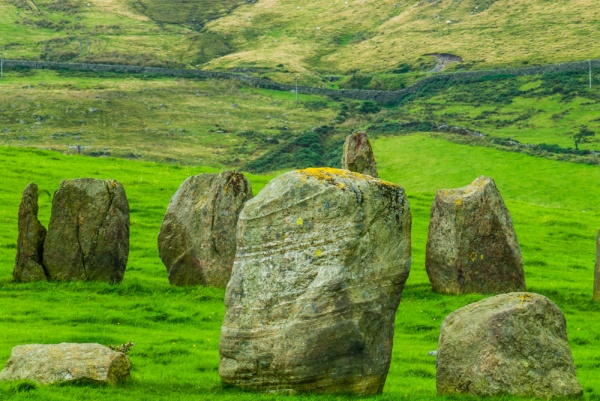 The name 'Sunkenkirk' comes from an old legend that the local people tried to build a church from the stones, but every time they built it the Devil would pull it down. Another folk belief was that it was impossible to count the number of stones, or that each time you tried you would get a different total. Similar stories are told of stone circles in other parts of Britain.

The site has never been properly excavated, but a cursory investigation in 1901 found evidence of charcoal and bone fragments. The investigation also discovered that the ground had been levelled before the stones were erected. 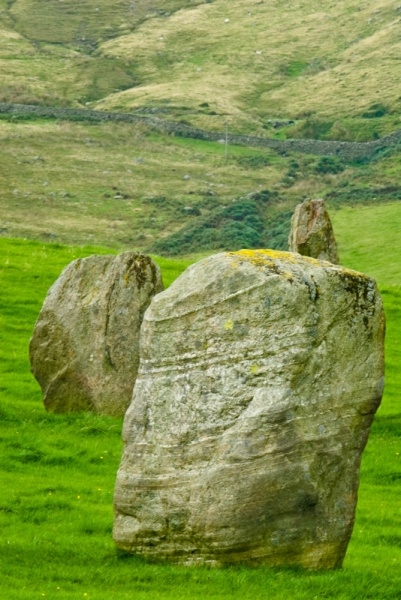 A closer look at the stones

Getting to Swinside is straightforward, but does take some determination. From the A55 about 2.5 miles west of Broughton-in-Furness take the minor road signed towards Broadgate. About 800 metres from the junction is Crag Hall, where a farm track branches left to Swinside Farm. Do not take the track, which is private, but park at the beginning of the track. Then just walk up the track for almost a mile.

The track is also a public footpath, so you are perfectly within your rights to walk up towards the farm. You will see the stone circle come into view in the field below the farmhouse. The stones are in a private farm field, but it is extremely easy to see the circle from the track. It takes a 10-15 minutes walk to reach the stone circle, and of course, its a bit faster coming back downhill. 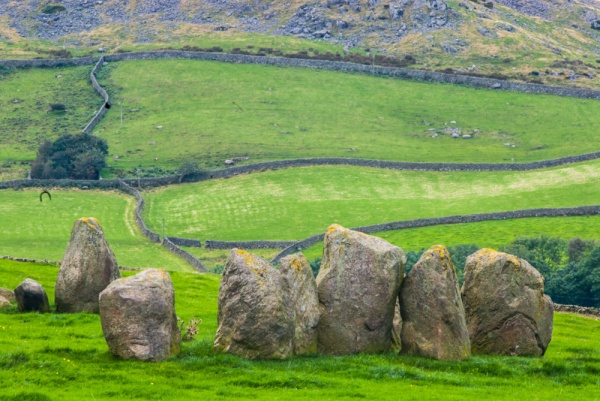 Some of the stones are quite closely packed 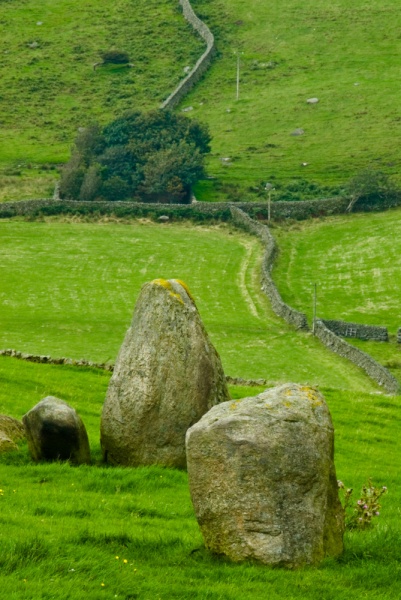 Looking east across the stone circle