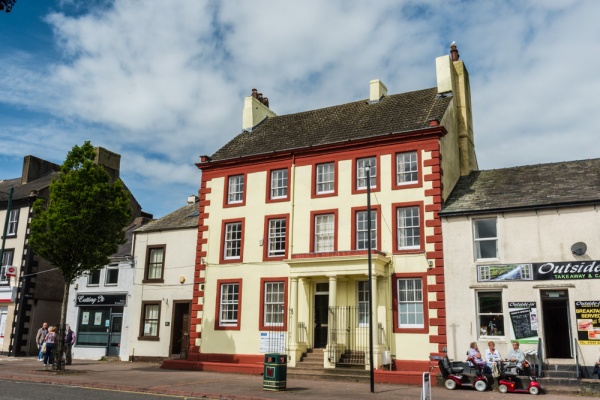 Egremont is an attractive market town on the River Ehen, five miles south of Whitehaven in the west of Cumbria. The town lies at the base of Dent Fell, in the Uldale Valley. Egremont has a long heritage as a centre for weaving, fulling, and dyeing cloth. Mining iron ore in the region began as early as AD 1150 and continues to this day. The local miners were known as the 'Red Men of Cumbria' after the colour of the ore.

The history of Egremont goes back to at least the 10th century when the Danes established a fort beside the River Ehen, on the site now occupied by Egremont Castle.

A settlement grew up around the fort, and by the year 1200 had become a prosperous place, with a wide main street leading to an open market place. The name probably evolved from Aigremont in Normany, and loosely translates as 'Mount of Sorrow', a reminder of a bloody battle against the Danes.

At the south end of the main street is Egremont Castle, built upon a high mound by William le Meschin around AD 1130. 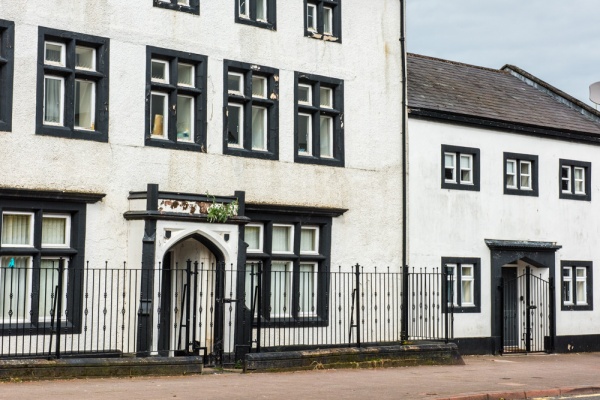 A picturesque building on Main Street

Meschin was the first Lord of Egremont, a barony created by William II after he ousted control of western Cumbria from Scotland in 1092. The lordship passed by marriage to the Earls of Skipton, and the Earl joined David I of Scotland in his invasion of England, returning Egremont to Scottish control. after King David died in 1153 the lordship reverted to English hands once more.

The castle was built and rebuilt over the following centuries, with a great hall inside a tall curtain wall. In 1200 Richard de Lucy took the castle after a successful lawsuit against his brother-in-law. Tragically, de Lacy's wife was killed by a wolf during a hunting trip and Richard died without an heir.

The castle passed to the De Multon family, and in 1267 Thomas de Multon granted the town a market charter and the right to hold an annual fair. That 13th century fair evolved over time to become the popular Crab Fair. 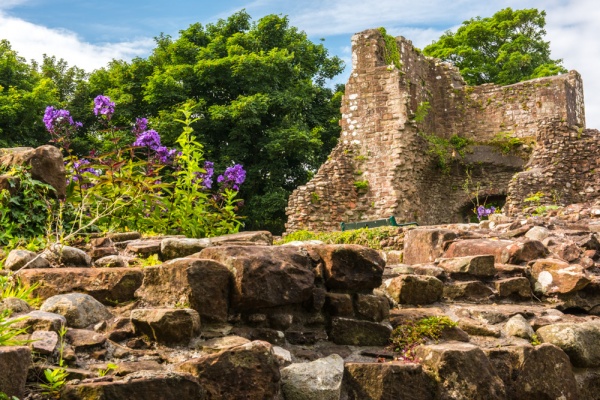 Egremont is famous for its annual Crab Fair, held on the third Saturday in September. The Fair boasts some very unusual events, such as climbing a greased pole and a very popular 'gurning' competition where contestants try to make the most grotesque face. The gurners make their faces while wearing a horse collar called a braffin. The term 'to gurn' is defined as 'to snarl as a dog; to look savage; to distort the countenance'.

The fair traditionally kicked off with a contest to climb a greased pole. The pole was of wood, greased with lard and standing 300 feet high. A top hat was placed atop the pole, and contestants slid and slipped their way to the top in an attempt to claim the hat.

In 1852 the hat was exchanged for a side of mutton. If the mutton was not won by the end of the day it was cut into pieces and distributed amongst the poor. Unfortunately the modern climate of 'health and safety' meant that it became too costly to provide liability insurance for the greased pole climbing. The custom was retired, but a Greasy Pole sculpture was erected on Main Street to commemorate the tradition.

The Crab Fair is thought to be one of the oldest fairs in the world. The fair has nothing to do with crustaceans; the name goes back to the tradition of distributing free crab apples from a cart as it was paraded down Main Street. 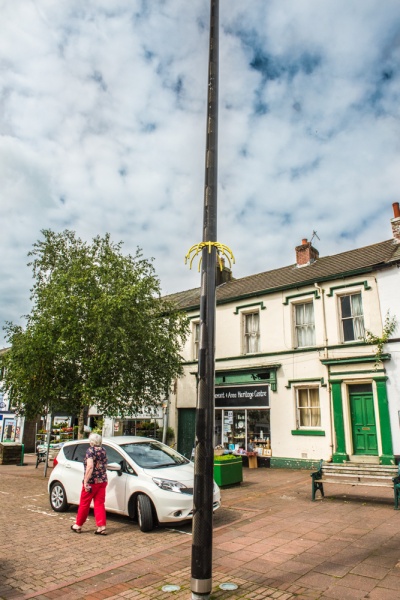 As for the castle, it was used for a time as a courthouse, but by the 16th century it was largely left to decay. Stones were taken to erect new buildings on Main Street. The castle now stands within a landscaped park, roofless and open to the elements.

The Horn of Egremont

The castle will be forever linked to the legend of the 'The Horn of Egremont', immortalised in a poem by Wordsworth. The legend goes that the lord of Egremont left for the Crusades, and hung his hunting horn on the castle gate. According to legend, it could only be sounded by a true lord.

The lord was captured while on Crusade and his younger brother seized the lordship. The true lord was released from captivity and returned home, blowing the horn to announce his arrival. The younger brother fled from the castle's postern gate while the true lord rode in the main castle gate.

The Boy of Egremont

Wordsworth also wrote about a second local legend; the story of 'The Boy of Egremont'. The poem tells the tragic tale of William Fitzwilliam, whose father was a vicious scoundrel, leading raids throughout northern England and into Scotland. On his father's death, young William inherited the Earldom of Moray and huge estates in the north of England. He was also in line to become King of Scotland, but he disappeared when he tried to jump across the River Wharfe at the chasm known as The Strid, near Bolton Abbey, Yorkshire. His body was never found.

Egremont has the distinction of being the first place in Britain to host a comprehensive school. The very first comprehensive was Wyndham School, built here in 1964.

The parish church is dedicated to St Mary. Originally a chapel linked to St Bees, the church was built at least as early as the 13th century. The medieval building was rebuilt in 1881. On Main Street is a Wesleyan chapel built in 1876. The Market Hall dates to the same period and was built in 1883. Beside it is the Town Hall, built a few years later in 1889. One of the most interesting historic buildings is Lowes Court, built in the 16th century. The Egremont Hotel began as an 18th-century coaching inn thought to have been used by smugglers.

At the southern end of Main Street is the De Lucy Centre Garden. In the garden is a whimsical statue of a contestant in the gurning competition, his cheeks puffed wide in a grotesque grimace.

Egremont is a lovely old town, with picturesque historic buildings, particularly along the main street. It is well worth a visit, especially to see the castle ruins in its landscaped setting. 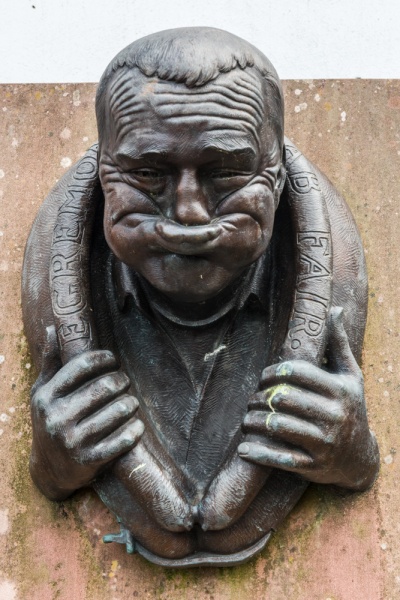 More self catering near Egremont

More bed and breakfasts near Egremont

Self Catering near Egremont