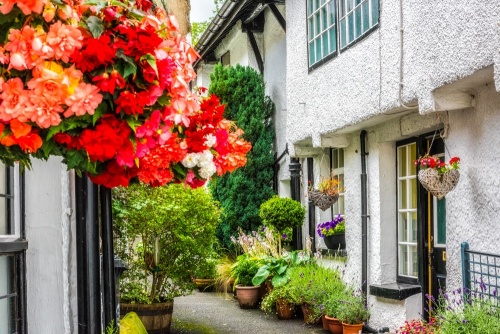 The pretty village of Hawkhead is one of the most popular Lake District destinations for tourists, drawn by a combination of the idyllic Lakeland scenery and the wealth of historic places to explore in the area.

The village really owes its existence to the monks of Furness Abbey, who maintained a grange here and owned the entire estate until the 12th century. In the early medieval period Hawkshead was an important centre of the wool trade. After the Dissolution of the Monasteries destroyed Furness Abbey's connections to the area Hawkshead became a popular market and received a market charter from James I in 1606. 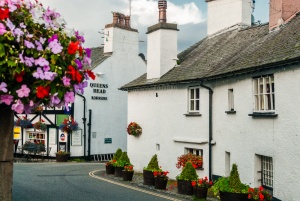 Two decades before that date Archbishop Sandys of York founded the Hawkshead Grammar School to educate the local youth. Sandys was born in Hawkshead in 1519 and rose to become Bishop of Worcester, Bishop of London, and finally Archbishop of York in 1576. He was one of the men responsible for translating The Bishops Bible in 1568.

The Grammar School is still housed in the attractive 16th-century whitewashed building where it was founded.

The most famous student to attend the Grammar School was poet William Wordsworth, who was a scholar here with his brother John. The brothers carved their names into their desks on the ground floor, where you can still see them today along with the marks made by centuries of students. Upstairs is an exhibition on Wordsworth and the history of the school. The Grammar School is maintained as a museum and is well worth exploring.

In his poem 'The Prelude' Wordsworth extolled the virtues of the attractive village setting, with its pretty cottages clustered around medieval squares and lining the narrow lanes. Most the cottages, teashops, and guest houses that line the streets of Hawkshead date to the 17th century. Ann Tyson's cottage, where Wordsworth lodged while attending the Grammar School, is now a self-catering cottage. 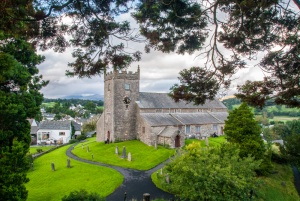 Another 17th-century building is the Beatrix Potter Gallery, now owned by the National Trust. Potter's husband, William Heelis, was a solicitor and had his offices in the building. It is now used to display original drawings made by Potter for her popular series of children's' books, such as Peter Rabbit and Benjamin Bunny. The selection of paintings and sketches on display changes each year so there is always something new to see.

The National Trust owns several more historic buildings in the village and works to maintain the historic character of the area. One way they do this is to keep the village centre car-free. It makes a huge difference to the atmosphere, and besides, its a lot more fun to explore on foot and poke your nose down quiet lanes to discover half-hidden cobbled courtyards!

A short walk away from the village centre stands the medieval Old Courthouse, all that remains of a farm once owned by Furness Abbey. The Courthouse formed a gatehouse to the farm, occupying one side of a quadrangle. Over the gateway is a chamber once used as a courtroom. The Courthouse is kept locked but you can get a key from the National Trust shop in the centre of the village. 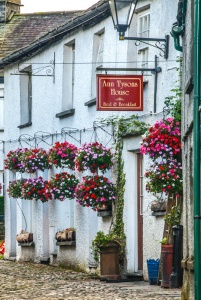 On a rise overlooking the Grammar School and the centre of the village stands the parish church, dedicated to St Michael and All Angels. The first building on this site was a chapel, erected in the 12th century. The chapel was enlarged around AD 1300, with aisles added in 1500 to form the building we see today. It only became a fully-fledged parish church in 1578, under the influence of Archbishop Sandys.

The interior features a series of Biblical texts, painted by a local artist called James Addison in 1680. Look for the Sandys coat of arms over the north chapel doorway, with the date 1578. In the Sandys Chapel is the tomb of Archbishop Sandys' parents, dated 1578. There are also a series of very fine wall monuments brought there from St Dionis Backchurch in London when that building was destroyed in 1878. In the churchyard is a sundial dated 1693.

Hawkshead deserves its reputation as one of the prettiest villages in the Lake District, and its associations with Wordsworth and Potter make it an extremely popular destination for tourists to the area. A few miles away is Potter's home of Hill Top, owned by the National Trust. Also nearby is Tarn Hows, a reservoir formed from 3 small lakes that became a popular beauty spot in the Victorian period. 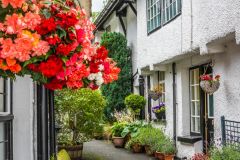 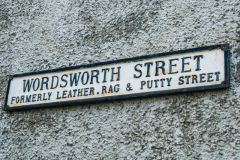 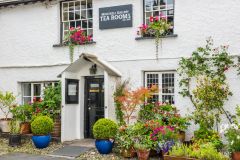 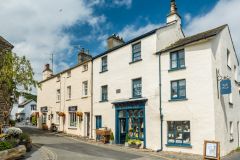 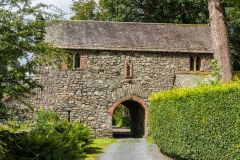 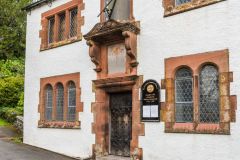 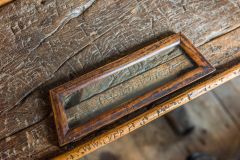 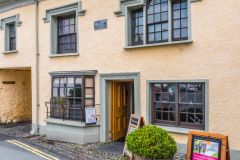 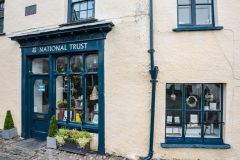 About Hawkshead
Address: Hawkshead, Cumbria, England
Attraction Type: Village
Location: On the B5285 at the north end of Esthwaite Water. There is a car park at the southern edge of the village
Location map
OS: SD352981
Photo Credit: David Ross and Britain Express

More self catering near Hawkshead

More bed and breakfasts near Hawkshead