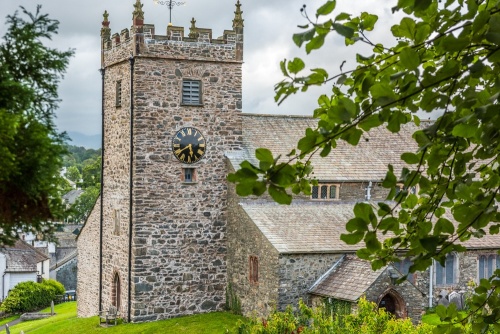 The beautiful medieval church of St Michael and All Angels stands on a hill overlooking the Lake District village of Hawkshead, a position it has occupied for over 800 years. The church is worth visiting for the colourful Biblical texts painted on its walls and pillars, and for the 16th-century effigies of William and Margaret Sandys (c. 1578).

There was a chapel on this site in the 12th century. Around 1300 the chapel was lengthened and two centuries later north and south aisles were added. The aisle arcades are extremely unusual; the arches are rounded in Romanesque style, with a very low, flat profile, a style found nowhere else in England during this period. The arches are often mistaken for Norman work.

At that time the chapel belonged to Furness Abbey, which owned vast swathes of land in the area. But Hawkshead was about to be transformed, and it was down to one man, Edwin Sandys, the Archbishop of York. 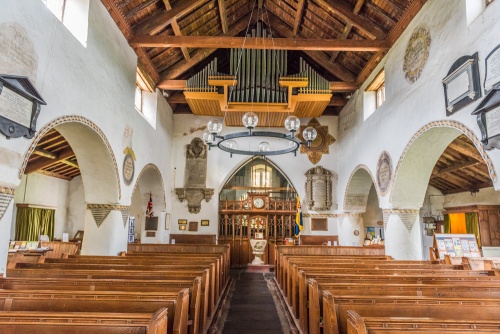 Edwin Sandys was born in Hawkshead in 1519. He rose through the ranks of the church, becoming first the Bishop of Worcester, then Bishop of London, and finally, Archbishop of York. Sandys wanted to put something back into his birthplace, and in 1585 he founded the Hawkshead Grammar School to educate deserving pupils.

In that same year, Sandys built a private chapel in the north aisle of St Michael's Church in memory of his parents William and Margaret. The chapel is still used by the Sandys family today.

The richly carved table tomb has effigies of both Sandys parents. Margaret Sandys is on a long gown, while William Sandys is shown in full armour with a lion at his feet. On the west face of the tomb table is the Sandys coat of arms flanked by the initials ES for Edwin Sandys. 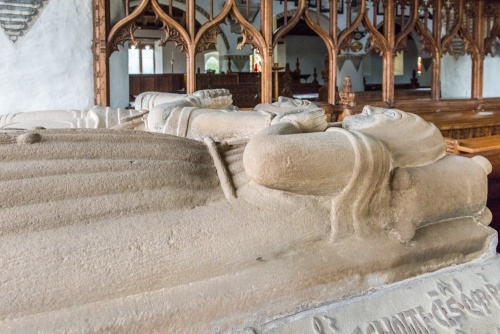 Also in the Sandys chapel is a life-sized effigy of Col. Thomas Myers Sandys (1837-1911) of Graythwaite Hall. Col. Sandys was an MP for Bootle from 1885 until 1911. He died shortly after resigning his seat. It is fascinating to compare the table tombs and effigies of the 16th-century Sandys with the early 20th-century effigy just a few steps away.

Around the same time as the Sandys Chapel was added, the nave roof was raised and a clerestory inserted. You can still see the Tudor oak frames and mullions on the northern windows. The southern clerestory windows were replaced in 1663. The original 1585 timbers still support the nave roof. 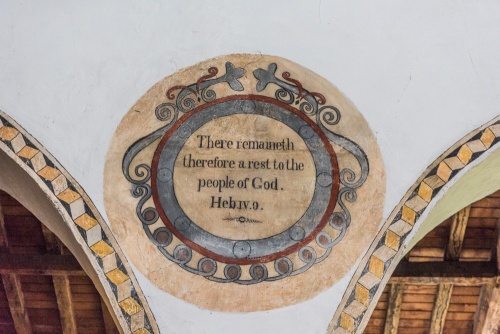 The most interesting feature of St Michael's Church is the colourful series of wall paintings that decorate the nave and aisle walls and many of the arcade pillars. The paintings date to 1680 when James Addison of Hornby was asked to paint 26 'Sentances of Scripture ... and to border and flourish them.' In other words, Biblical texts framed by painted borders.

In 1711 William Mackerath repainted some of the texts, added a list of rectors on the west wall, and a sentence of text near the pulpit that altered the Biblical script from Genesis into local dialect as 'and t’word was God'.

Tucked against the wall is a rustic parish chest dating to the early part of the 17th century. The chest has been hollowed out of a solid tree trunk and is 6'8" long with walls 16 inches thick.

The interior compartment is only 3 feet long. The chest may have been made from a roof beam removed when the clerestory was added to the church, and the interior cavity was made by simply enlarging the mortice hole for the king post.

The chest is bound by three iron bands and is similar in construction to a smaller chest at the Hawkshead Grammar School which was made according to the instructions of Archbishop Sandys. 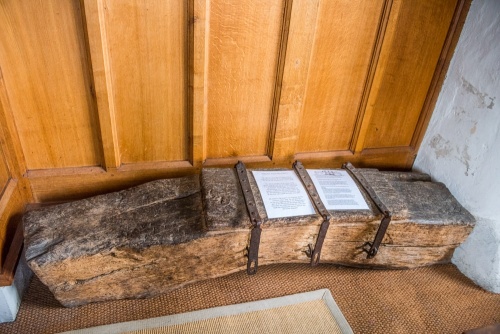 On the south arcade is a memorial to Rev Thomas Bowman, who served as the headmaster of Hawkshead Grammar School from 1785. Rev Bowman's most famous pupil was the poet William Wordsworth, who came to the Grammar School in 1778. Bowman helped encourage Wordsworth's love of poetry.

Wordsworth, like all the Grammar School students, attended services at St Michael's Church, and the poet refers to the church in several of his works, notably The Prelude. Wordsworth speaks of 'a snow white church', a reference to the lime plaster that once covered the church interior, including the wall paintings. The plaster was removed as part of restoration work in 1875.

On the west wall is a memorial to Daniel Rawlinson (d 1679) and his son Thomas Rawlinson (d 1708). Both were natives of Grizedale but made their fortunes in London and lavished money on their former home. Thomas Rawlinson served as Lord Mayor of London in 1706. Both men were buried at St Dionis Church in London but their memorials were brought to Hawkshead when that church was torn down in 1878.

Just inside the north door is a Burial in Wool affidavit dated to 1696. According to the Burying in Woollen Acts (1666–1680) all dead except plague victims had to be buried in a shroud of pure English wool. The penalty for non-compliance was a fine of £5, a huge sum for the time.

The laws were enacted to protect the wool trade at a time when supply was outstripping demand. Burials required an affidavit signed by a minister or a magistrate confirming that the woollen shroud had been used. Rich people saw it as a point of social standing to pay the fine rather than comply with the law.

In the churchyard is a WWI war memorial cross based on the ancient Viking cross at Gosforth, near Ravenglass. 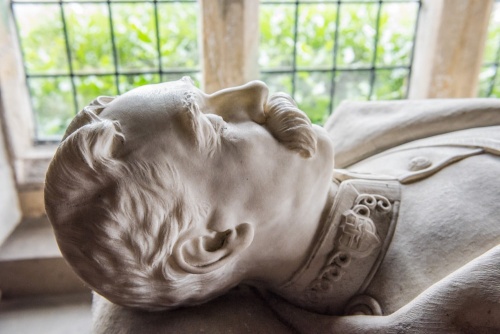 The church is off Main Street or The Square, behind the Market Hall. It is normally open daylight hours and was open when we visited. There is no dedicated parking (as with most of Hawkshead village). The easiest place to park is in the large visitor pay and display car park off the B5285 at the southern edge of the village. 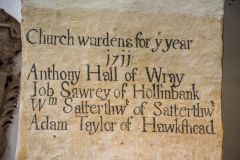 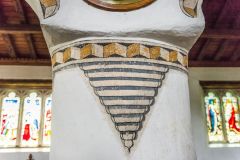 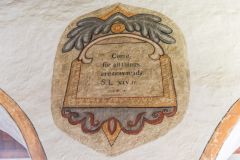 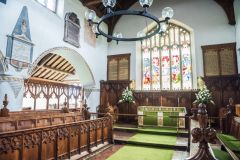 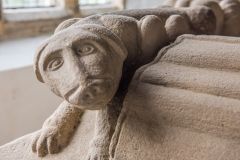 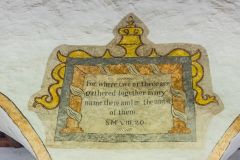 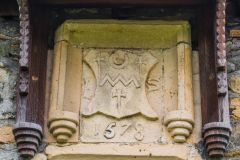 More self catering near Hawkshead, St Michael & All Angels

More bed and breakfasts near Hawkshead, St Michael & All Angels