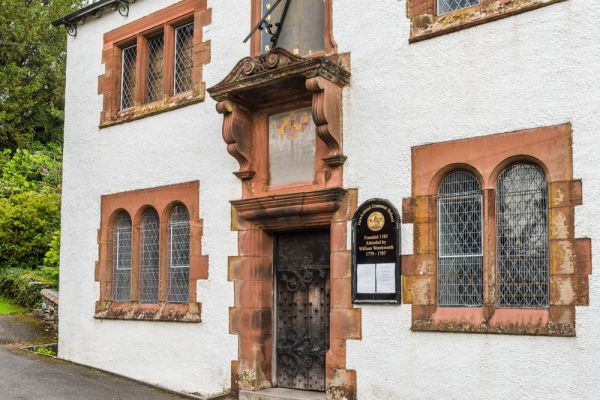 Hawkshead Grammar School was built in 1585 by the Archbishop of York, Edwin Sandys, making it one of the oldest buildings in the area.

The most famous pupil of the school was poet William Wordsworth, who attended here with his brother, John. Desks that have been heavily carved by the schoolboys, including the Wordsworths, can be seen in the old schoolroom on the ground floor.

On the upper floor is the old headmaster's study, and an exhibition detailing the history of the school and the life of Wordsworth. Among the articles on display are the original letters patent from Queen Elizabeth I, granting a license to create the school. Other highlights include the school's original silver seal and the 16th-century strongbox, carved from a solid log. 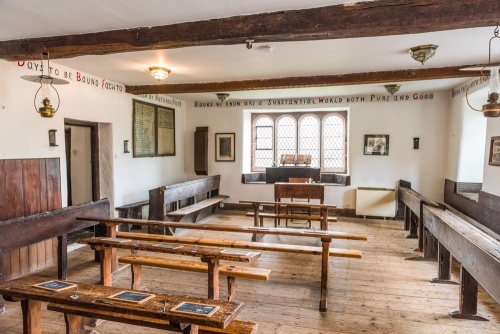 Edwin Sandys was born in 1519 at Esthwaite Hall, just south of Hawkshead village. He was educated at Furness Abbey and went on to St John's College at Cambridge University. He rose to become the Vice-Chancellor of the University in 1553.

That is where historical events overtook him. When Edward VI died the Duke of Norfolk launched an ill-fated attempt to put the Protestant Lady Jane Grey on the throne in place of Mary Tudor, a Catholic. The Duke tried to raise an army in Cambridge to support his bid for power and forced Sandys to preach a sermon in favour of the revolt. The rebellion was quashed and Sandys was thrown in the Tower of London for his role.

He was later moved to Marshalsea prison but he managed to escape with the aid of a friendly gaoler and make his way into exile abroad.

He lived in Europe until Mary Tudor died and was replaced on the throne by her staunchly Protestant sister, Elizabeth I. Sandys was named Bishop of Worcester under Elizabeth, then Bishop of London and finally, Archbishop of York. One of his contributions was to help translate the Bible into English, a work known as the 'Bishop's Bible'. His personal copy of the Bishop's Bible is on display in the school museum. 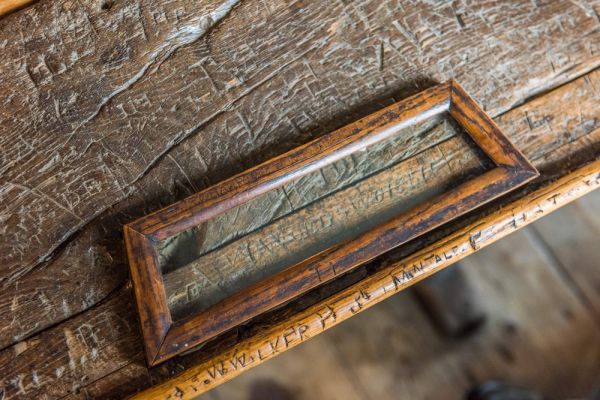 Sandys wanted to make sure that the Protestant religion flourished and he saw a sound education as the basis for ensuring that aim. It was his religious conviction that prompted him to establish Hawkshead Grammar School in 1585. But Sandys did something more important than just founding the school; he gave it enough land to ensure a steady income, and that income meant that it could offer free education to students.

It is worth belabouring that point; the concept of free education, at least at an early age, may be commonplace today, but in Elizabethan England, it was a novelty. Sandys wanted children (or, at least male children) to receive an education, irrespective of their family status or wealth.

Since the Hawkshead Grammar School did not rely on wealthy parents paying school fees for its survival, as was the case with popular public schools, the school could focus on offering an outstanding education to exceptional students. 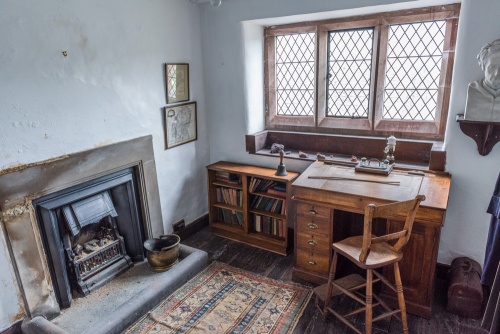 Instruction focussed on classical education, with Latin, Greek, ancient history, arithmetic and geometry. The school day started at 6 am and ended at 5 pm, with a 2-hour lunch break. The day was shorter by 2 hours in winter. Up to 100 pupils took lessons; younger children downstairs and older ones upstairs. Students were drawn from across the north of England and many went on to higher education at Oxford or Cambridge.

The quality of education at Hawkshead Grammar School can be illustrated by one anecdote involving William Wordsworth. When Wordsworth graduated and went up to Cambridge he was forced to wait a year, doing nothing, because other first-year scholars needed to catch up to his level.

It became a tradition for scholars to carve their names in the 16th-century schoolroom desks. You can clearly see where the poet William Wordsworth carved his name deep in a desk. Other famous students included Henry Brougham, the 1st Lord Brougham and later Chancellor of England, and Edward Baines, and influential newspaper publisher and MP for Leeds. 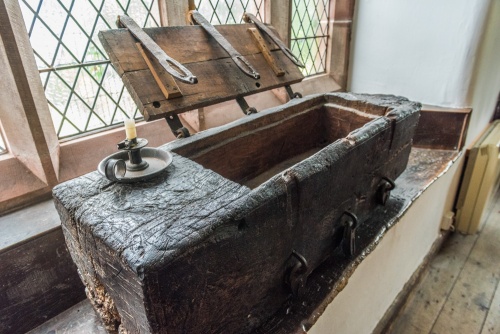 Headmasters received an annual salary of 20 pounds. Most of the headmasters were outstanding and helped give Hawkshead a deserved reputation for scholarship. But there were a few rotten apples, too; in 1843 Dr EB Hickie was convicted of getting his housemaid pregnant, and another master was discovered with a prostitute in his chambers during school lessons.

One famous name stands out among the headmasters; Edward Christian, who served 1 year in 1781, was the brother of Fletcher Christian of Mutiny on the Bounty fame.

The Grammar School board of governors is still active today and is still chaired by a member of the Sandys family, who now live at Greythwaite Hall. The board of governors administer the school's estates and use the money to provide grants to young people from the Hawkshead area to enter further education, business or trades.

The grammar school is located in the centre of the village at the south end of Main Street, just below the church and very close to the main visitor car park. Oddly, there are no signs to the School around Hawkshead, though there is a sign on the gate. Perhaps because of the lack of signs, the Grammar School tends to be missed by most visitors to the village, but for my money, it is easily as interesting as the Beatrix Potter Gallery that draws most visitors. 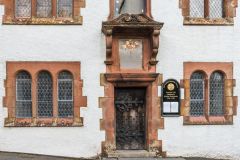 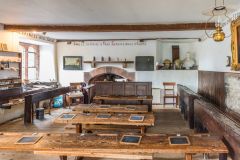 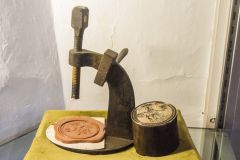 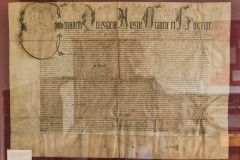 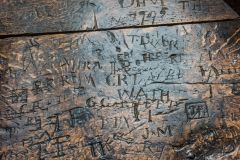 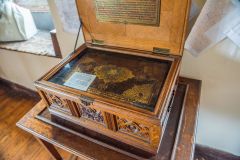 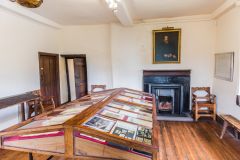