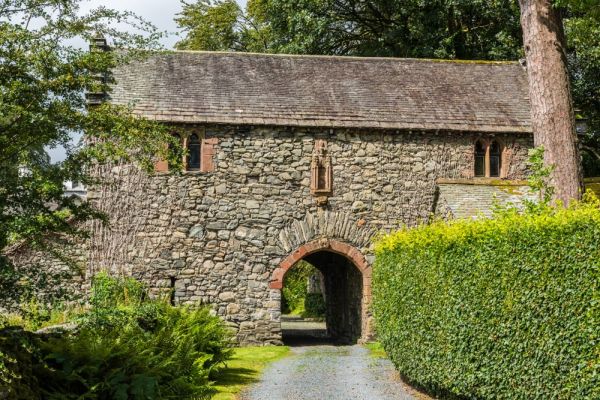 The Old Courthouse consists of a gateway arch, flanked by a guardroom and a porter's lodge. Over the arch is a large chamber, reached by an external stone staircase, where court proceedings were held. Documentary evidence shows that a fascinating range of cases was heard in the Courthouse, and these can show us a lot about medieval life.

Records show that the Courthouse was used to sign tenancy agreements, and a 1538 proclamation was published here that no Abbey tenant was allowed to keep dice or cards in his house. Another case revolves around two me who were fined for making wooden trenchers without a license. 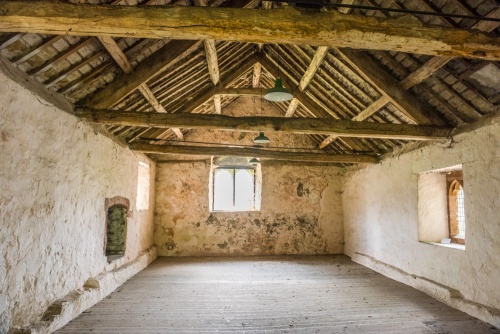 Though the building dates mainly to the 15th century it includes an earlier fireplace with dogtooth moulding from the 13th century. The fireplace may have been brought here from another location in the Lake District or, perhaps, it is a surviving feature from an earlier building on this site.

After the Dissolution of the Monasteries under Henry VIII, the Old Courthouse served such diverse purposes as a chapel, an artist's studio, a youth club, and stables. In 1932 Henry Swainson Cooper gave the Old Courthouse to the National Trust. As for the rest of the original Hawkshead Hall, it was pulled down in 1870.

The Old Courthouse is quite distinctive, with its stepped gable ends, and a long sloping buttress. Above the gateway arch is a niche which would once have held a statue of the Virgin Mary (removed in 1834). Just above the arch is a worn carving of a lion's head. 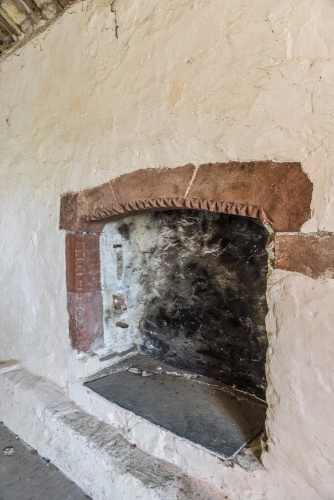 You will see the Courthouse on your left immediately past the road to Coniston. If you've obtained the key, don't try to open the doorway under the arch, or the door on the far side of the arch (I made both those errors). Instead, go through the gate to the right of the Old Courthouse and you will see a set of external stairs to a first-floor doorway.

The doorway gives access to the former courtroom, which takes up the entire first floor. The courtroom is illuminated by two small windows in the east and west walls and a large window under the south gable. There is a blocked medieval doorway in the west wall and - the best feature - a red sandstone fireplace in the south-east corner, decorated with dogtooth moulding.

The upper chamber is 41 feet long and probably had a raised dais at the far end where the abbot would sit to hear cases (or, in his absence, the Steward or Bailiff of the Hawkshead estate). 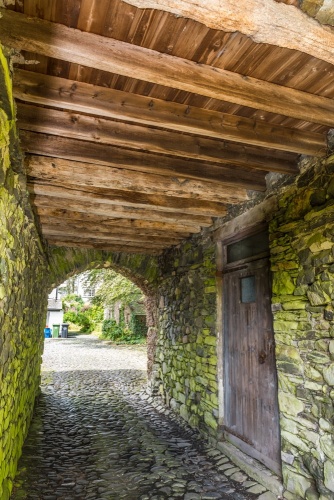 Looking through the archway

There is no parking, so the best way to view the site is to leave your vehicle in Hawkshead village and walk the short distance to the Courthouse. Get the key from the National Trust shop on Main Street and simply walk up the street to its junction with the Ambleside road.

Walk along the road to the edge of the village where the sidewalk ends. Continue on, taking care to watch for traffic, and in a few minutes you will come to the Coniston road on your left. Cross the road junction and you will see the Old Courthouse directly ahead of you on your left. 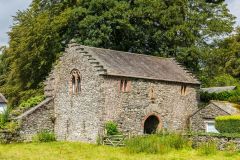 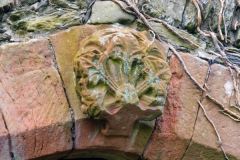 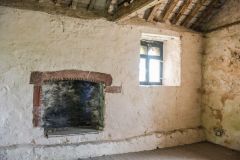 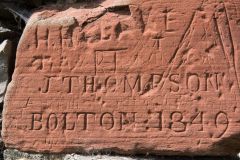 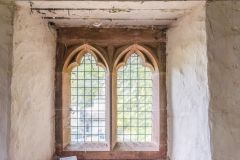 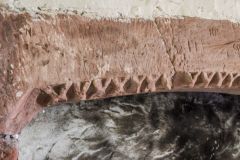