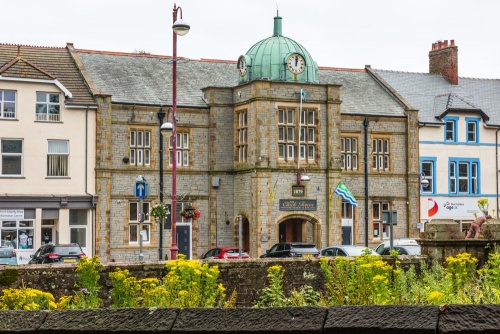 Millom is a coastal town just outside the south-west corner of the Lake District National Park, lying in the shadow of Black Combe. To the south is Hodbarrow Point Nature Reserve while to the east Duddon Sands stretch across to the Furness Peninsula.

The history of Millom goes back to the Saxon period. Before the Norman invasion of 1066 Millom manor was owned by Tostig Godwinson, the Earl of Northumbria and brother of King Harold. Tostig rebelled against the king but was defeated at the Battle of Stamford Bridge near York. Harold was himself defeated by William the Conqueror a few days late at the Battle of Hastings. Tostig's estates, including Millom, were seized by the Crown. 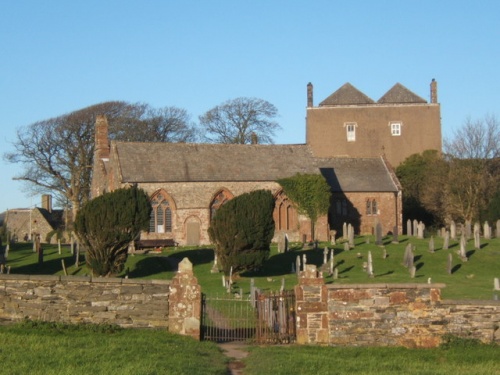 By the 12th century, there was a fortified residence at Millom, defended by a timber palisade and a moat. The residence was crenellated in 1335 in the wake of raids by Robert Bruce, King of Scotland. The most impressive part of the castle was the Great Hall, which still stands.

Millom Castle was held by the Huddleston family, who were Catholics and Royalist sympathisers in the Civil War. It was attacked by Parliamentary soldiers in 1644. Parliament left the castle partially destroyed. Despite some repairs in 1670 the castle was allowed to decay and most of it fell into ruin. The castle remains are now incorporated into a later farmhouse and are not open to the public. 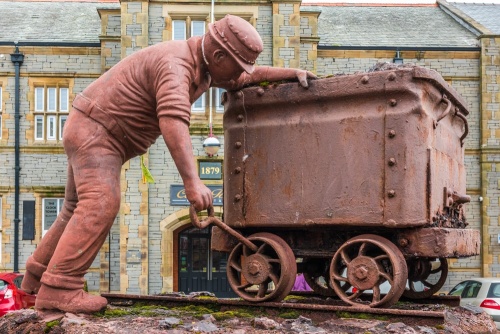 Beside the castle ruins is the medieval church of Holy Trinity, begun in the 12th century, with a 13th-century south aisle. There are several tombs of historical interest including a memorial to Sir Richard Huddlestone (d 1505), and alabaster effigies of Sir John Hudleston and his wife (c. 1494).

Until the middle of the 19th century, Millom was little more than a few scattered hamlet and farms. If there was a focal point to the area it was Holy Trinity Church and the ruins of Millom Castle. The Huddlestones of Millom sold the castle to the 1st Earl of Lonsdale in the 18th century and it was the Earl who first began to search for iron ore in the area. 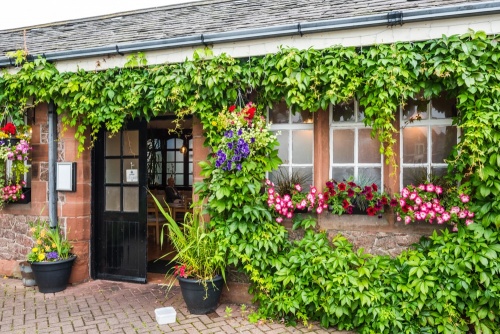 Millom was transformed in the early 1860s after haematite ore was found at Hodbarrow in 1855. Within a few short years, Hodbarrow iron mine had developed into the largest single source of iron ore in Britain. The rapid growth of the mines meant a huge influx of workmen descended on the area, and Millom's population ballooned to over 10,000 in a few years. Millom became one of the busiest industrial sites in Britain, and briefly, in the world.

That growing population was centred well south of Millom Castle and Holy Trinity Church. The town needed a new church capable of serving its burgeoning population and one that was closer to the centre of town. The result was St George's Church, built in 1874-87 by Edward Paley and Hubert Austin of Lancaster. Other 19th-century places of worship included the Roman Catholic church of Our Lady, built in 1889 to replace an earlier 1868 building, a Baptist chapel built in 1884, and a Salvation Army fortress built in 1889.

The Hodbarrow Mines closed in 1968. Much of the former mines were transformed into an RSPB nature reserve based around a large artificial lake. 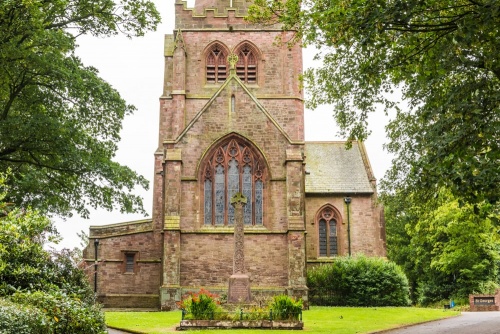 Millom's mining heritage is commemorated by a striking sculpture showing 'The Scutcher' (the miner who stopped the heavily laden iron ore tubs), which stands in front of the iconic Clock Tower on St George's Street. The sculpture, designed by Colin Telfer, is made from resin mixed with iron ore dust. It stands on a brick and sandstone plinth with carvings illustrating scenes from Millom's mining past.

The Clock Tower is probably Millom's most recognisable building, erected in 1879 and topped with a large copper dome with a clock on three faces. 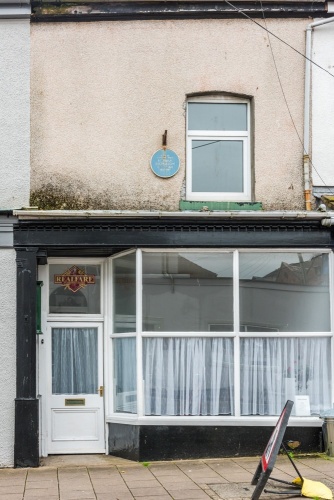 You can learn more about the Hodbarrow Mines and the story of Millom's industrial heritage in the Millom Discovery Centre, located in the old railway station buildings on Station Road (the A5093). You can also learn about Millom's most famous native son, the poet Norman Nicholson, who was born in a house on St George's Terrace, off the Market square.

Nicholson lived his whole life in the Millom area and wrote about the industrial world he grew up in, with poems covering mining, shipping, and religion. He worshipped in St George's Church where a memorial window inspired by his poems and local scenes is one of the highlights. Nicholson is buried with his wife Yvonne in the churchyard.

In theory, you can walk across Duddon Sands to Askam in Furness at low tide, but please do not try the trip without an experienced guide. 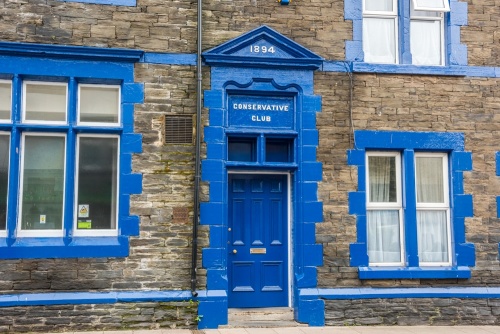 Millom is different from many Lake District towns that cater to tourists. There are few gift shops, and the town is far enough off the beaten track that it avoids the crowds that can descend on many of the Lake District's most popular destinations.

Millom is on the A5093, accessed off the A595 in the south-western corner of Cumbria. It is just a few miles outside the National Park boundary.

The photo of Millom Castle is (c) Andrew Hill and is republished with gratitude under a Creative Commons license.

More self catering near Millom

More bed and breakfasts near Millom