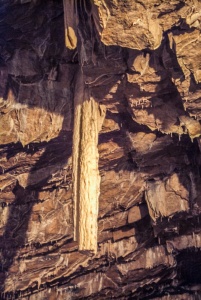 The Flitch of Bacon stalactite

Located just outside the spa town of Buxton, these caves were named after an infamous outlaw John Poole, who, rumour has it, used them as a hideout during the early years of the 15th century. For many years the existence of Poole was in doubt, but a recent stash of coins dating from the early 1400s found within the caves does tend to lend credence to the tales.

As for the caves themselves, they show some quite remarkable limestone deposits reminiscent of mushrooms, and some much larger calcite deposits that glitter like ice in the low light. Neolithic and Roman remains have been found in the caves, and these are displayed in the visitor centre at the cave entrance.

Notable features of Poole's Cavern include: 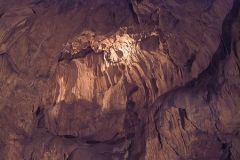 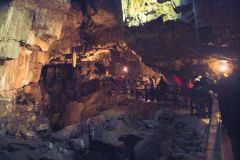 More self catering near Pooles Cavern

Self Catering near Buxton