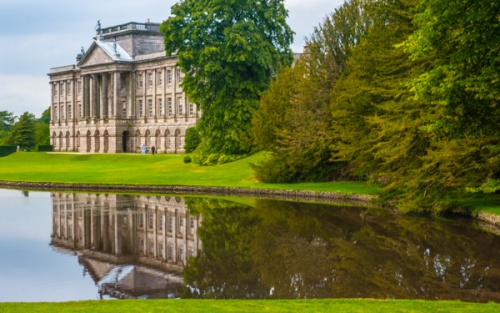 Lyme Park was begun in the Tudor period but the present house was transformed by the architect Leoni into an ornate Italian palace in the 1720s. Within the house traces of the Elizabethan core remain, providing a contrast with Leoni's work.

Lyme Park was the home of the Legh family, generations of whom served as soldiers, fighting in some of the most famous battles in British history, from the Hundred Years War to the Battle of Flodden.

There was a Legh at Agincourt, and he brought with him a Lyme mastiff, a breed of dog whose reputation spread around Europe. Lyme mastiffs were given as gifts to monarchs across Europe, but the breed finally died out in the early 20th century.

The Legh's had a family tradition of naming the male heir Peter, or Piers. So each successive head of the house gained a Roman numeral after his name. It fell to Peter X to create the Lyme Park we see today, transforming the earlier Tudor house into a neo-classical stately home in the Italian style.

Legh called in Giacomo Leoni, one of the most fashionable architects of the day, to create a palatial Palladian residence on the very edge of the Peak District. Leoni began in 1725, and over the next few years, he created an elegant residence that became copied throughout the century at innumerably country houses in England. 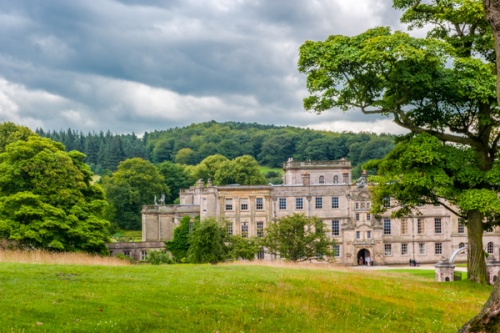 The house from the park

Rather than incorporate the Elizabethan long gallery into his new house, Leoni simply left it as it was, and created a new Bright Gallery, running around three sides of a courtyard at first-floor level.

In 1898 the second Lord Newton decided to remove many of Leoni's Palladian features and return the house to its Elizabethan roots. The 18th-century colours on walls and doors were painted over, and chimneypieces removed.

The 3rd Lord Newton tried to keep the house together as the 20th century rumbled on, but in 1946 he gave up and granted the house and estate to the National Trust. The trust, thankfully, restored the Palladian decor, so that now Lyme Park is a very pleasing mix of Tudor, Georgian, and Victorian.

The showpiece staterooms are festooned with tapestries, a fine collection of English clocks, and carvings by Grinling Gibbons, yet the interior is really a mix of styles. The Elizabethan long gallery has retained much of its original character, and the royal coat of arms stands over the fireplace in the drawing room.

Some fine period furnishings are scattered throughout, though little remains to commemorate the Legh family, who owned the house from the 14th century to 1946. In the library are 3 ancient Greek tombstones brought here by archaeologist Thomas Legh in the 19th century.

Around the house are 17 acres of enjoyable Victorian gardens, including a sunken parterre, rose garden, ravine garden, and a conservatory designed by James Wyatt.

The estate surrounding the house stretches to an enormous 1400 acres, with a deer park that existed in the medieval period, moorland, and park. On the crest of a hill in the park, overlooking the house, is The Cage, a Gothic hunting tower built in the 18th century.

Lyme Park was featured in the BBC production of Jane Austen's novel Pride and Prejudice.

I must comment on the setting; it truly is spectacular. We came to Lyme from Macclesfield, over the rugged hills around Park Moor and Bakestonedale, and it felt like the edge of the known universe, it was so bleak and utterly compelling. The house sits down in a dell, as if cowering against the hillside.

The front facade is elegant, though not the most welcoming, but once you get inside the house the mood changes. There is so much to see, and from so many different time periods. Then there are the formal gardens behind the house; these are simply stunning, and the view of the house reflected in the nearby pool is one of the most beautiful you will ever see at any stately home. 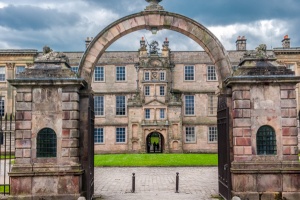 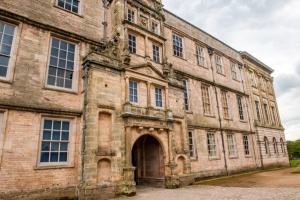 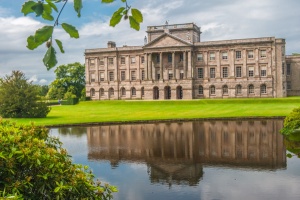 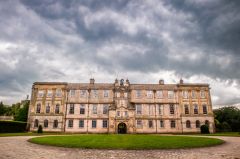 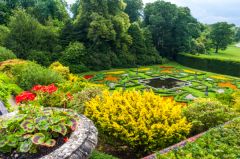 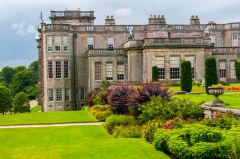 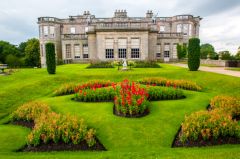 More self catering near Lyme Park

Self Catering near Disley