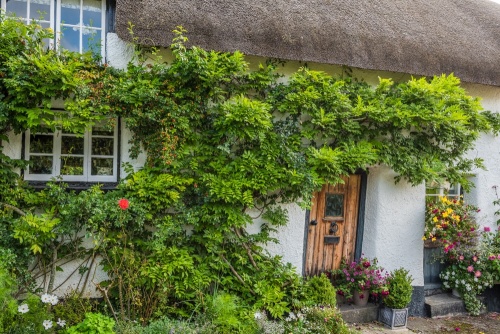 Dunsford is a pretty village in the north-eastern corner of Dartmoor National Park. It can make a claim to be the prettiest village in Dartmoor, though Lustleigh and Widecombe-in-the-Moor are also strong contenders for the title!

Dunsford has a large number of historic cob and thatched cottages. The unspoilt nature of the village is obvious when you realise that there are no less than 67 listed buildings in the parish, some of them dating to the late medieval period. 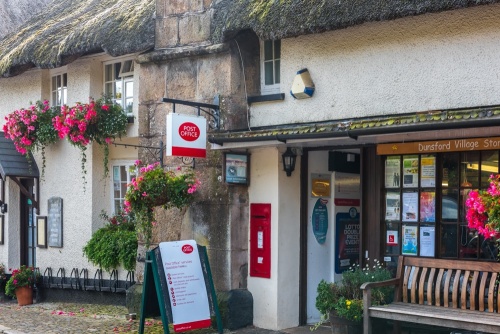 Even the village shop is thatched!

The shop was once a farmhouse, built in the 17th century. Much more modern is the village hall, next to the green, built in the 20th-century. 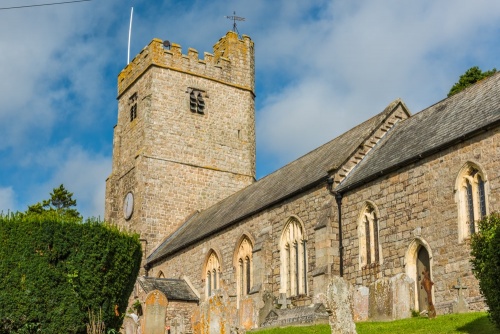 Dunsford is mentioned in the Domesday Book of 1086 as 'Dunesforda', which translates as 'Dunn's Ford', the ford being a crossing of the River Teign.

The oldest building in the village is the parish church of St Mary, built around 1430 and featuring ornately decorated memorials to the Fulford family, the lords of the manor. The present church stands on the site of an earlier church built around 1260.

In the churchyard stands a worn medieval cross, discovered being used as a wheel stop in front of a cottage opposite the Royal Oak Inn. The Royal Oak is a traditional family-run country pub with a large courtyard and beer garden offering wonderful views over Dartmoor.

The Fulford family have been prominent in Dunsford life since at least the 12th century, though it is possible that an ancestor came to England with William the Conqueror.

The first recorded member of the family was William de Fulford. William's direct descendant through 25 generations lives in Great Fulford House, a 16th-century manor house with a history going back to the reign of Richard the Lionheart (1189-99). 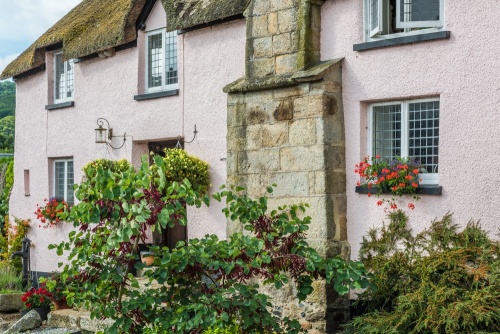 Just west of the village is Steps Bridge, an early 19th-century bridge across the River Teign. Near the bridge is the Dunsford Nature Reserve, a popular area for walkers with footpaths beside the river. Dunsford Nature Reserve is well-known for its lush display of wild daffodils in spring. The reserve covers 57ha (140 acres) including grassland, heath and river valley woodland. It is managed by the Devon Wildlife Trust.

Dunsford was the 2009 winner of the Best Kept Village Competition (Large Village category).

Dunsford's location on the edge of Dartmoor feels secluded, yet the village is only 6 miles from Exeter. To the south is Canonteign Falls, the highest manmade waterfall in England at 220 feet, while five miles to the west is Castle Drogo, one of the last great country houses built in Britain, perched on a rocky outcrop over the River Teign. 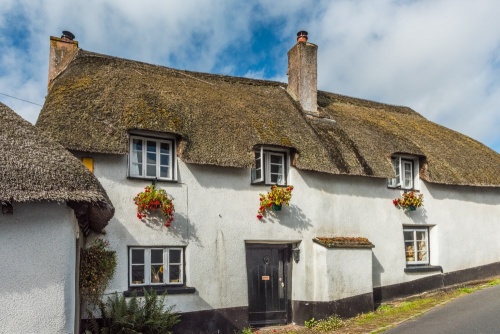 And yet another beautiful thatched cottage

We came to Dunsford on a sunny morning in late summer. It seemed like a perfect day to explore the village, but what we hadn't realised is that there was a display of arts and crafts in St Mary's Church. Between artists and visitors, the main street was jammed with vehicles and we were very lucky to get a parking spot opposite the village shop.

We popped into the church to have a look at the art exhibit, and I must say it was very good indeed. Unfortunately, we couldn't get a good look at the Fulford family memorials because they were covered with artwork, but we could see just enough to be very impressed. 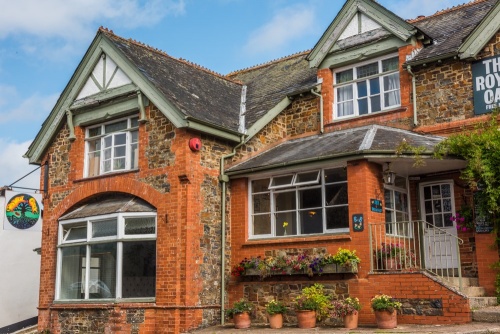 And then there's the village.

You get stunning views out over Dartmoor to the west and south, and it seems as if every other building is a beautiful cob and thatched cottage. Dunsford is a delight, even when it's crowded!

Dunsford is just off the B3212, about five miles east of Moretonhampstead and six miles west of Exeter. 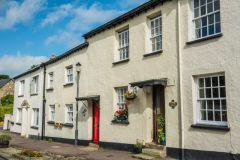 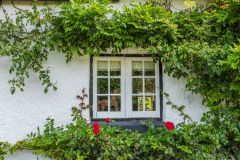 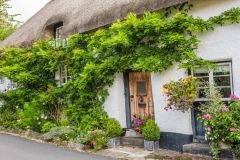 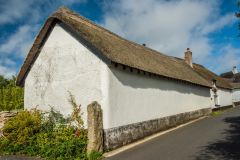 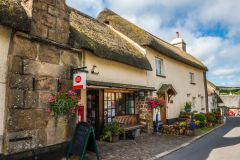 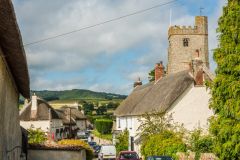 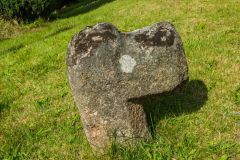