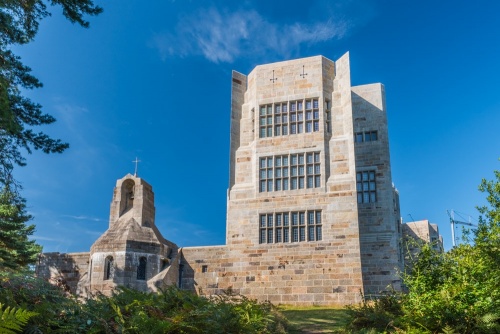 Castle Drogo is an early 20th-century country house in the style of a late-medieval castle built by Sir Edwin Lutyens between 1910-30 to satisfy the aspirations to gentryhood of a successful merchant named Julius Drewe.

Under Drewe's patronage Lutyens designed a Tudor fantasy of projecting battlements, a fortified entrance tower, and a portcullis to create a sense of medieval heritage. Each block of granite was specially quarried for the house. The foundations are hewn into the rock of the hillside, to the point of having exposed granite in the bathroom. 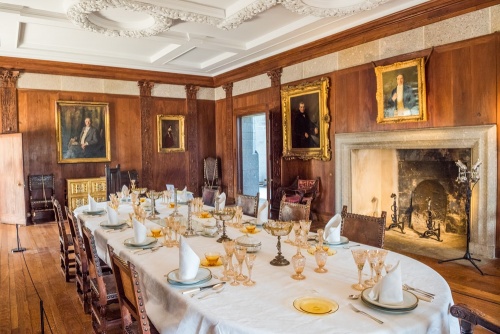 The house is built upon a spur of land that rises 900 feet above the River Teign, with superb views of Dartmoor. Despite the forbidding aspect of the exterior, the interior of the house is designed for comfort, with exquisitely furnished rooms and a fine collection of Spanish furniture.

Unfortunately, Lutyens decided to design the roof of Castle Drogo from asphalt, which was a relatively new material at the time and its properties in construction were poorly understood. As a result, the Castle suffered from leaks as soon as it was finished. Over time, the damage caused by water eroded the stone walls and ceilings.

Castle Drogo was in danger of collapsing into ruin before a major restoration project was launched in 2012. Over the course of 7 years, the Castle roof was repaired and damaged stone replaced and repointed. Many of the luxurious house furnishings had to be put into storage during the long restoration process and are only now being brought out of mothballs and put back on display. 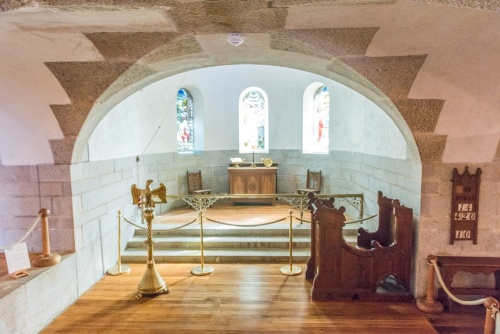 Castle Drogo is an ode to ambition, but a fascinating place to visit for all that.

The gardens surrounding the house are some of the finest in Devon. Though Gertrude Jekyll had input into the garden design, most of the credit for the gardens goes to George Dillistone. Castle Drogo was his first major commission, and he went on to design the gardens at Goddard's in York for the Terry family of chocolate merchants. He was a co-founder of the Institute of Landscape architects and helped create the Milton Keynes garden city design.

Dillistone had a lasting influence of British gardening and many of his books are still used by modern gardeners.

At Castle Drogo he laid out a formal garden on several levels, carefully grouping plants by their colour, height, and shape. He made copious use of iris, delphinium, aster, phlox, lupin, and salvia nemorosa.

At the top of the garden is a circular croquet lawn enclosed by a very high curving hedge. Nearby is the 'Bunty House' (what we might today call a 'Wendy house') with its own miniature garden. Generations of Drewe children played in the tiny house. 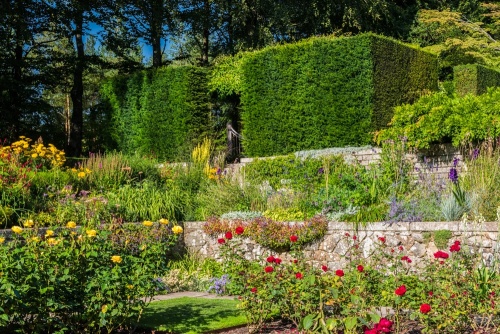 Below the formal garden area is a rhododendron garden, at its best in spring. A curving trail leads through the garden to the rear of the house where you will find the semi-detached chapel.

One of the things that makes Castle Drogo so appealing is its location on the lip of an outcrop overlooking the Teign Gorge. A circular trail leads along the top of the gorge to Sharp Tor, an outcrop offering superb views of the castle and a sweeping vista over the River Teign and the tors of Dartmoor in the distance.

From Sharp Tor the trail winds through attractive woodland on the top of the gorge before dropping down to Fingle Bridge, built in the 17th-century. Beside the bridge is a very popular riverside pub. 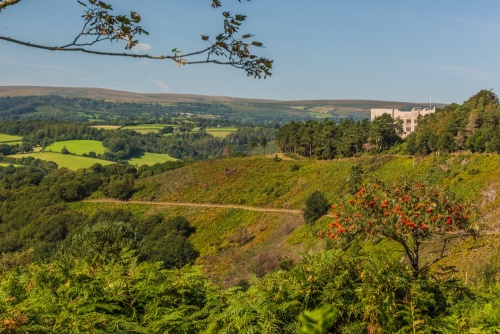 From Fingle Bridge you can return via paths on either side of the river. The route takes you past a Turbine House built to generate power for Castle Drogo. The Turbine House is still used as a source of renewable energy for the castle.

If you are feeling energetic you can take a very steep path up the hill from Fingle Bridge to the Iron Age fort of Cranbrook Castle. Though the fort's earthworks are worn in places the location offers wonderful views over the River Teign and south and west over Dartmoor. 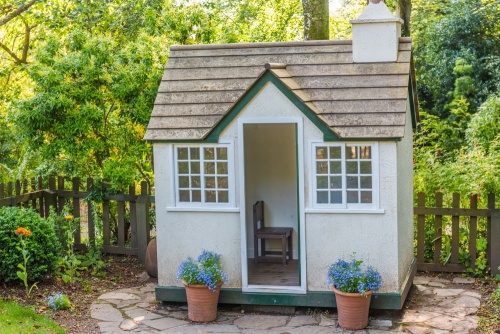 The Drewe family's Bunty House in the garden

I've visited Castle Drogo on several occasions. At first, I wasn't sure I liked it. Certainly, the gardens are lovely, and the setting above the River Teign is wonderful, but I'm a traditionalist at heart, and I wasn't sure what to make of the early 20th-century architecture in the form of a medieval castle, or the ornate interiors that seem to defy any attempt to categorise them!

But Castle Drogo grew on me, and I realised I was trying to compare it with either much earlier stately homes or a real medieval castle. It is neither, and deserves to be appreciated for what it is. And what it is is sumptuous, a period piece; one of the last great private houses to be built in England before the changes brought about by World War I ended the golden age of the country house forever. It is a time capsule of an age, the twilight of the noble house, and a fascinating look back in our social history.

Castle Drogo is very well signposted off the A30 west of Cheriton Bishop. From the A30 take the A382 at Whiddon Down, signposted to Moretonhampstead. You will see signs to Castle Drogo as you enter Sandy Park. Do take care, as the road is very narrow in places. 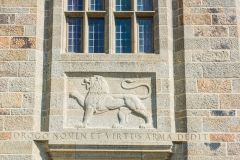 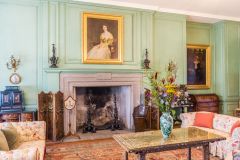 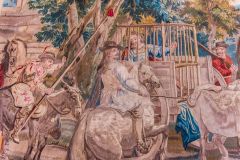 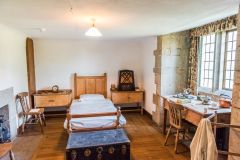 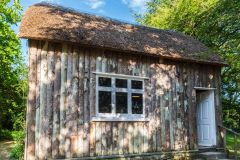 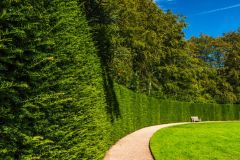 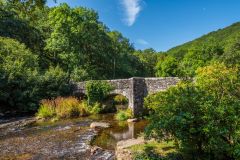 More self catering near Castle Drogo