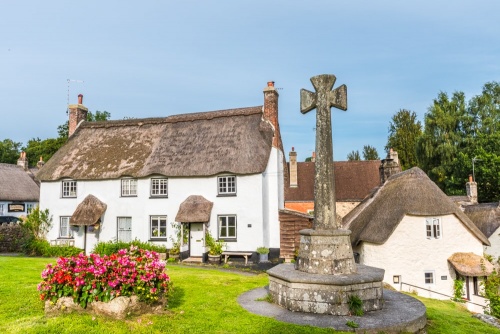 Lustleigh is known as 'the prettiest village in Dartmoor', and for good reason. Attractive thatched cottages line the triangular village green of this picturesque village in the Wray Valley, and a tributary of the River Bovey wanders through the village. To the west of the village is the ridge of Lustleigh Cleave, offering superb views across Dartmoor. At the north end of the Cleave is the Iron Age hillfort of Hunter's Tor.

Lustleigh is a popular stopover point for walkers on the moors. Indeed, walking is perhaps the best way to enjoy the village, which is reached by narrow country lanes.

Put your feet up and enjoy a cold pint at the Cleave Public House, once a 15th-century farmhouse, or take tea at a thatched tearoom on one side of the green. Opposite the tearoom stands the medieval parish church of St John the Baptist. A stone's throw in the other direction is the village shop and post office. 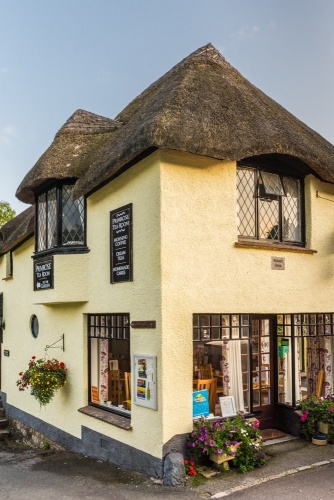 Beyond the shop is The Orchard, a green space given to the village as a public park. Here you will find the unusual Mayday Rock, a huge boulder carved with the names of every May Queen chosen in the annual Lustleigh Mey Day celebration. The celebration has been held in its current form since 1905, though a few years were missed. There is a parade through the village, with games, food stalls and Morris dancing, culminating with the election of the May Queen.

In addition to the May Day celebration, there is also the annual Lustleigh Village Show on the August Bank Holiday weekend. The Village show is one of the most popular in the West Country and regularly sees 4,500 visitors descend on the village (about eight times its normal population of 600). 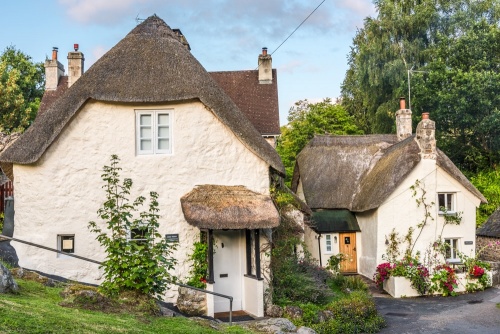 A pretty pair of thatched cottages

The origins of Lustleigh are unclear. The village isn't recorded in the Domesday Book of 1086, but the presence of Iron Age hillforts in the vicinity and a carved Celtic stone in the church suggest that there was a settlement here long before the Norman invasion of 1066. That settlement must have been a place of some importance, for it is mentioned in Alfred the Great's will of AD 899, when Alfred gave 'Suoeswyroe' to his son.

Lustleigh became a popular tourist destination after the arrival of the railway in 1886. For such a small place it is remarkable to discover that the village was served by not one, but two railway stops. The railway was closed in 1964 and sections of the tracks were converted into walking trails, another reason why Lustleigh is such a popular destination for walkers. 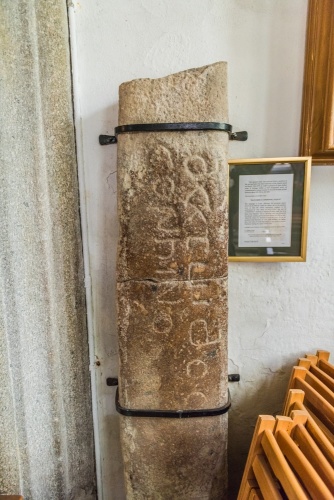 The medieval parish church of St John the Baptist dates to at least the 13th century, with later 15th-century rebuilding. One of the historical highlights is a Celtic carved stone at the west end of the nave, inscribed with the words 'Datuidoe Continoc filius', meaning the stone of Datuidoc the son of Continoc.

The other item of real interest is a beautifully carved chancel screen dating to the reign of Mary Tudor. It is carved with pomegranates, the symbol of Mary's mother Catherine of Aragon. The side of the screen facing the nave is carved with tiny grotesque faces while the side facing the altar is carved with figures of saints.

There are 13th-century effigies of a knight and lady in the north aisle, and the 14th-century effigy of Sir William le Prouz (d 1326) in the south transept. 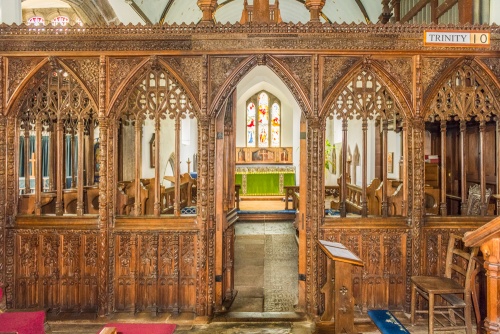 In one corner of the churchyard is the Old Vestry, built by public subscription in 1825. Rev William Davy, the curate of Lustleigh, gave land to support a school for 40 years. The Old Vestry was later used as a public hall.

Lustleigh is full of attractive cob and thatched cottages, many dating to the 16th century or earlier. It is hard to imagine a more attractive village; this is the sort of place foreign visitors fondly imagine that all English villages are like. Perhaps they all were! 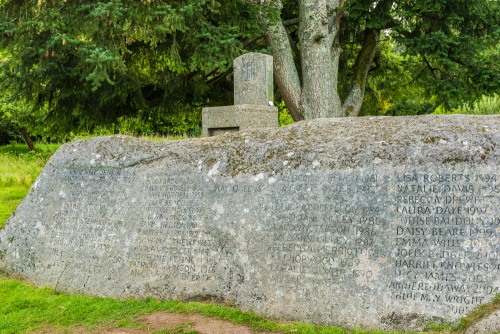 The May Queen's Stone in The Orchard

Let's start with a story illustrating how 'not' to visit Lustleigh. Our family was staying for a week in a lovely holiday cottage near Chudleigh. One lovely summer evening we decided to take a jaunt to Lustleigh, which we had read so many good things about. So we set our trusty satnav for the village centre.

The journey started out alright, but when we reached Bovey Tracey things went a little pear-shaped. Instead of heading up the A382 towards Moretonhampstead, our satnav directed us onto what should, in theory, have been a marginally faster route, north along the steep-sided valley of the River Bovey.

This is where theory fell afoul of reality; the country lanes south of Lustleigh are best described as 'interesting'. Other appropriate words might be absurdly narrow, winding, and utterly terrifying. We crept along at a snail's pace, praying that we didn't meet anyone coming the other way.

Eventually we got to a ridiculously narrow lane that our satnav wanted us to take down into the village. We declined, and crept along to a marginally wider lane that finally led us to the village centre. By that time the sun was almost down, so we had a few minutes to enjoy the village before vowing to return another day.

Now, hopefully, we haven't scared you off entirely, because there is another way to visit Lustleigh that is relatively straightforward. Take the A382 between Bovey Tracey and Moretonhampstead and turn off on the signposted minor road to Lustleigh about 6.5km (4 miles) south of Moretonhampstead. Though the road is narrow, it is nowhere near as terrifyingly narrow as the minor roads to the south and west of the village. Whatever you do, don't follow our original route! 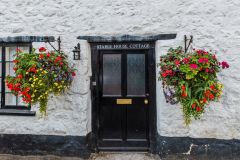 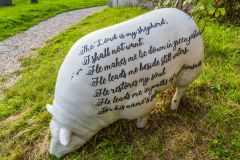 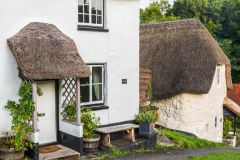 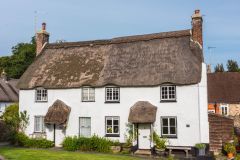 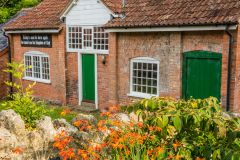 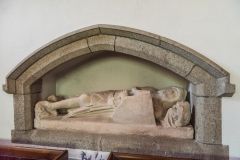 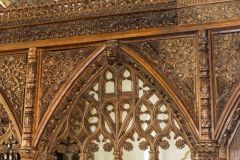 More self catering near Lustleigh, Dartmoor