HERITAGE HIGHLIGHTS:   The garden dates to 1822 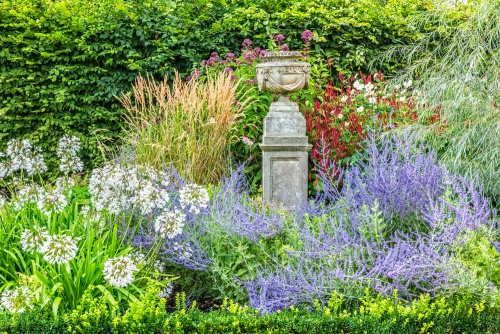 Wynyard Hall Walled Garden is a historic Georgian garden transformed into a modern rose garden by Sir John Hall, a former property developer. The walled garden is in the grounds of Wynyard Hall, an opulent 19th-century mansion and former home of the Marquesses of Londonderry. The Hall grounds include 150 acres of historic parkland.

This opulent mansion was begun in 1822 by Charles Vane, 3rd Marquess of Londonderry, who incorporated parts of an earlier Georgian house in the design. The initial design was by Benjamin Wyatt but the house was finished in 1828 by his brother Philip Wyatt. 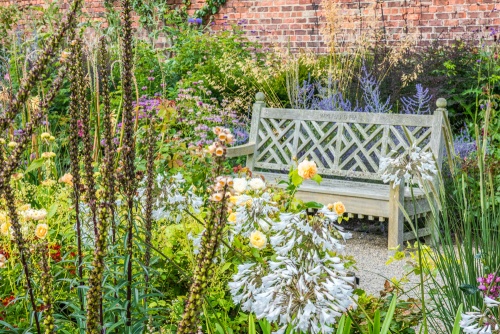 A quiet corner of the walled gardens

The Marquis spent a remarkable £130,000 to furnish the mansion, but the interior was still incomplete in 1841 when it was completely gutted by fire. It was restored by Ignatius Bonomi.

The Londonderry family sold Wynyard Hall in 1987 to Sir John Hall, and the Hall family still live on the estate. The mansion, however, is now a luxury hotel. 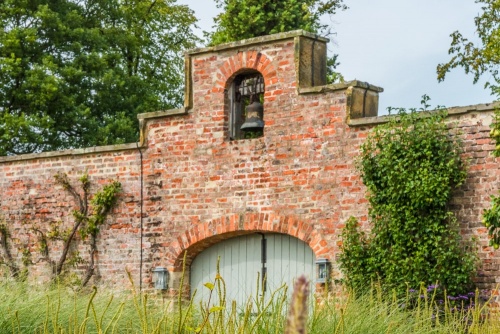 While the mansion at Wynyard Hall is not open to the public, the walled garden is. The garden dates back to 1822. It was designed by William Gilpin as an oasis of peace, with sinuous paths past shrubberies, curved flowerbeds, and along raised terraces.

The walled garden incorporates a Bell Tower, with a single bell that was rung to mark the beginning and end of the workday for the estate gardeners. also within the garden are the Ratisbon Gates, brought here from a cathedral in Bavaria. 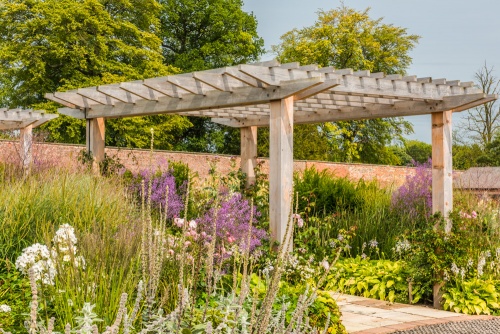 The Georgian garden was restored from 2015 by Sir John Hall, who wanted to create the most beautiful rose garden in Britain. The walled garden is home to a stunning collection of 135 different species of David Austin roses. There are over 3,000 roses as well as a pleasing mix of shrubs and trees. There is also a Marquee Garden, laid out in Italianate style, and an informal Wild Garden.

In addition to the ornamental walled garden, there is an Edible Garden that produces fresh food for an on-site cafe and restaurant. 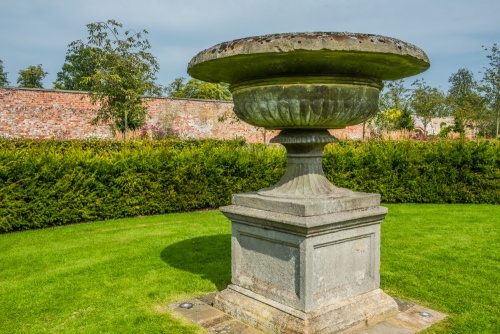 A neoclassical urn in the garden

Immediately outside the walled garden is a low mound topped by a wire sculpture marking the burial place of Hambletonian, one of the most famous racehorses on the Georgian period. The horse was owned by Sir Henry Vane Tempest who inherited the Wynyard Estate in 1792. Hambletonian was named for the Hambleton Hills in Yorkshire, where he won his first race in 1794.

In his long career, Hambletonian lost only one race. His most famous victory came at Newmarket in 1799. Sir Henry commissioned the famous sporting artist George Stubbs to paint two portraits of the horse. One shows Hambletonian crossing the finish line at Newmarket and the other depicts the grooms rubbing him down. This second painting, entitled 'Hambletonian Rubbing Down', became one of Stubb's most popular paintings. 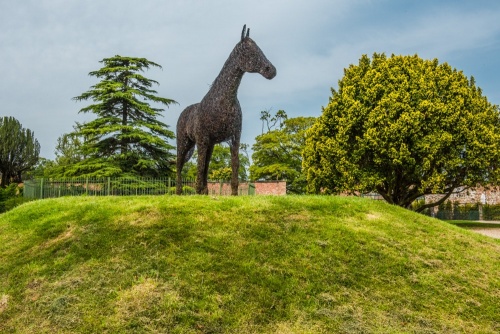 Wynyard Hall is located off the A689 immediately west of Billingham. Just follow the estate road past the hotel turnoff to the garden and cafe.