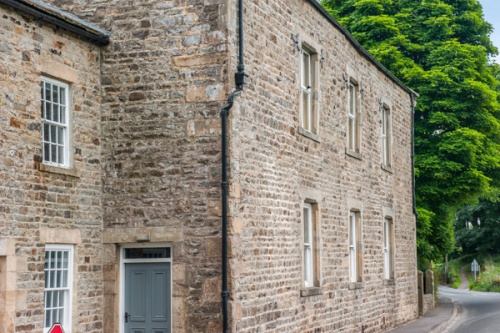 The Weardale Museum combines an outstanding museum of local heritage with one of the finest 18th-century Wesleyan chapels in England, where John Wesley preached 13 times.

The volunteer-run museum explores the rich history of Weardale throughout the centuries. See a recreated lead miner's kitchen, where you can handle (and wonder about) everyday objects from long ago.

Learn about the arduous lives led by the miners and their families. One of the museum highlights is the Weardale Tapestry, a 16-foot wallhanging made by local craftspeople depicting scenes from Weardale's history as a timeline. 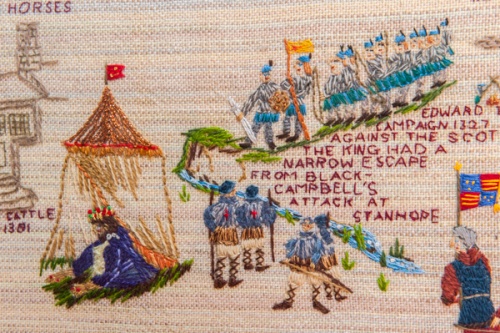 Detail from the Weardale Tapestry

A special display commemorates every soldier from Weardale who died in WWI, with personal stories, family photos, and personal mementoes.

Another exhibit displays a collection of minerals and fossils gathered by local miners.

One eye-opening exhibit looks at the story of The Weardale Chest, a reminder of an extraordinary 17th-century legal case. In 1650 Sir Arthur Hesilridge, the Governor of Newcastle under Oliver Cromwell and one of the most powerful men in England, bought the Manor of Wolsingham and immediately tried to raise his tenants' rents. 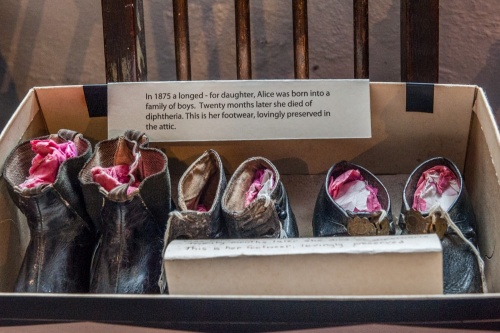 The farmers in upper Weardale claimed that they held 'customary rights' allowing them to give military service and perform forest duties rather than pay ordinary rents. For seven years Hesilridge dragged the case from court to court, trying to break the farmers' resolve, but they held out until he dropped the case. They used this iron-bound chest to hold the documents proving their case, and kept it ready to defend their traditional rights against any future claims.

The chest is carved from a solid oak log and varies from 1" to 2.5" thick. It dates to [at least] Tudor times. The chest and its documents are now at the Durham University Library on Palace Green in Durham.

The museum is home to a huge genealogy archive, with records for over 60,000 former residents. one of those residents was 'Klondyke' Wilkinson, who made a fortune in the Klondyke Gold Rush.

Another display looks at the impact that John Wesley made on life in Weardale. The religious reformer preached here 13 times, and his influenced transformed the miners' lives. 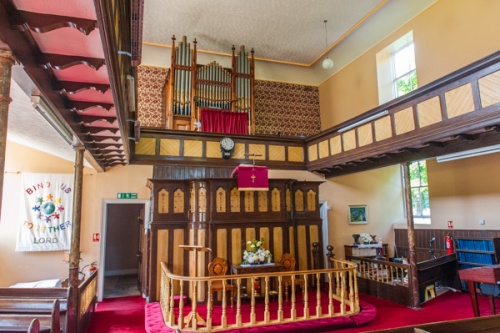 You can explore John Wesley's contribution in the 18th-century Methodist chapel that adjoins the main museum building. The chapel was built in 1760, and until it was made redundant a few years ago it was one of the oldest purpose-built chapels in continuous use.

Methodism proved enormously popular amongst the miners of Weardale, who felt deserted by the Anglican Church. By 1772 some 266 people attended worship at High House Chapel and by the turn of the 19th century that number had risen to a remarkable 600 members of the congregation. 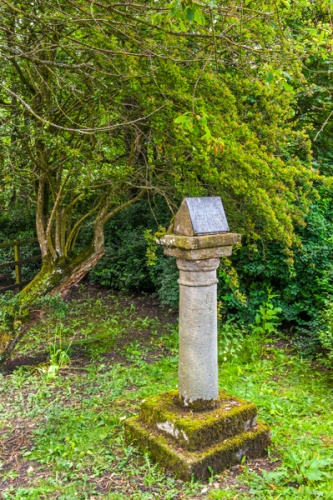 Learn about the chapel's history and its connection to John Wesley in the Wesley Room. see early Methodist documents, and explore the important role Methodism played in the lives of Weardale miners.

In the chapel grounds is a memorial in the form of a column with a plaque on top, marking the site where John Wesley preached on his visits to Weardale.

The Weardale Museum and High Hope Chapel stand on the north side of the A689 just west of St John's Chaple. There is free on-site parking.

More self catering near Weardale Museum and High House Chapel