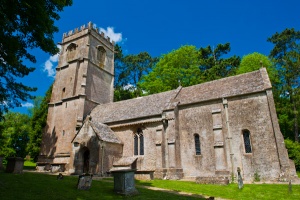 Summary
A quiet village south of Cheltenham, with a church known for its unusual dovecote above the chancel and its quite exceptional Norman arches in the chancel and sanctuary. The church is also the highest in Gloucestershire and boasts a wonderful Norman tympanum above the south door.

The church of St John the Evangelist in Elkstone is the highest church in the Cotswolds. It is tucked away off the busy A417 Cirencester to Gloucester road, but it is well worth taking a detour to explore the church and its striking collection of Norman arches and decorative features. 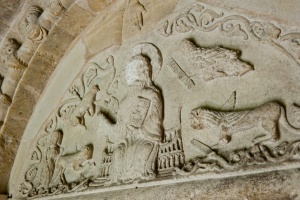 Among these features is a set of gargoyles on the tower, and other decorative medieval carvings ranged below the roofline. Some of these carvings are quite pagan in nature, including grotesque monsters, birds, and a very Roman-looking centaur, ready to shoot an arrow from his bow.

Pass to the south door, where a lovely Norman tympanum (the semi-circle bit over the doorway) is supported by pillars incised with strong beak-head ornamentation.

The pagan theme is carried on inside as well, where the superb Norman chancel arch ends in fancifully carved beast heads that bear a strong resemblance to crocodiles.

The chancel arch, and those leading to the altar, are among the best in Gloucestershire, if not in Britain. The traditional Norman chevron patterns are clear and sharp despite the passage of time. But there is more to Elkstone than meets the eye. 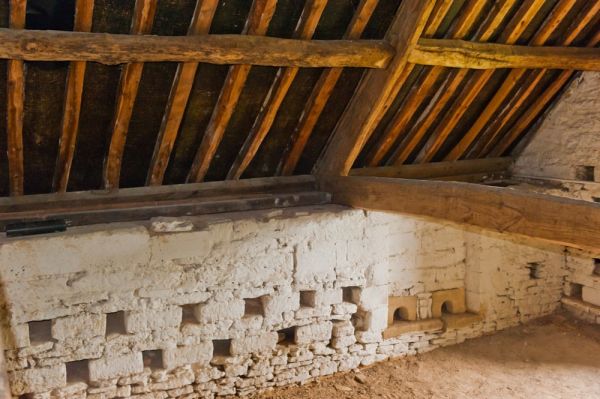 A small door behind the pulpit leads up a narrow spiral staircase which emerges into a small chamber directly above the chancel. Small holes in the wall betray this hidden chamber's use; it is a dovecote.

Elkstone is reached via a minor road signposted from the A417, or via my preferred route, from the east, off the A435. The way is narrow and dives down into a lovely dell before climbing to Elkstone. The church is at the south end of the village and there is parking for church visitors down the lane that leads to the church. 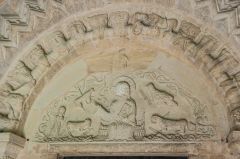 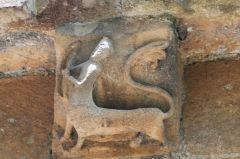 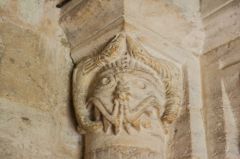 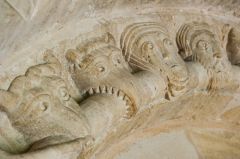 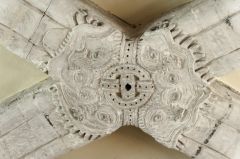 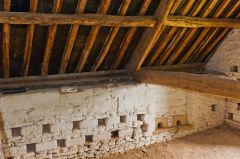 About Elkstone
Address: Elkstone, Cotswolds, Gloucestershire, England
Attraction Type: Historic Church
Location: Elkstone is reached via a minor road signposted from the A417, or via my preferred route, from the east, off the A435. The way is narrow, and dives down into a lovely dell before climbing to Elkstone. The church is at the south end of the village.
Website: Elkstone
Location map
OS: SO967123
Photo Credit: David Ross and Britain Express

More self catering near Elkstone

More bed and breakfasts near Elkstone