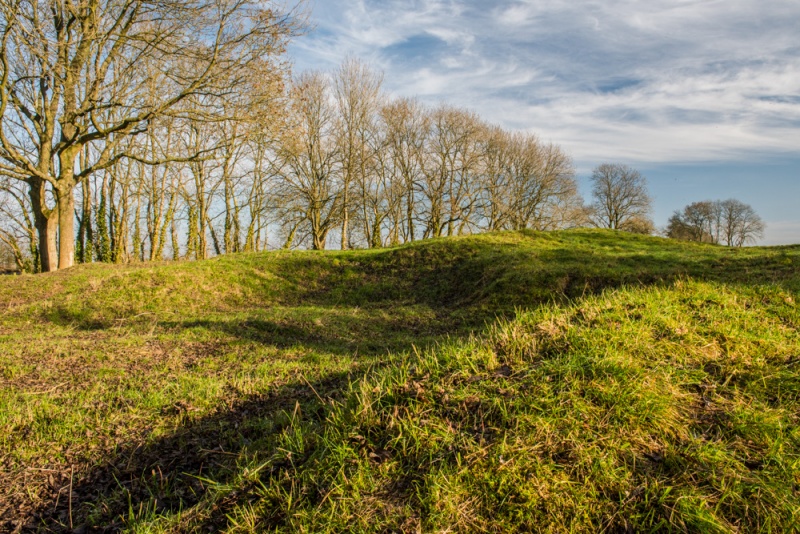 A Neolithic long barrow, or chambered tomb, of the type known as Cotswold Severn. The elongated mound is oriented east to west and measures 50 metres long, 26 metres wide, tapering to a point, with a maximum height of 1.5 metres.

The mound was supported by a low stone retaining wall. Notgrove Long Barrow has been excavated several times, revealing a dome-shaped inner chamber with a stone cist and a male skeleton. It is likely that the inner burial cist was built first, then later enclosed within the tapering barrow mound.

The barrow was excavated in 1881 and again in 1934-5. Unfortunately, the excavations altered the mound outline. Archaeologists revealed that the mound had a forecourt area formed by a pair of 'horns' extending from the larger eastern end of the barrow.

The forecourt was probably used for ritual observance. Excavations also found an inner passage, or gallery, with an entrance on the eastern end, near the forecourt.

The passage stretched 12 metres and led to an antechamber, then on to 4 side chambers, 2 on each side, and an end chamber. Within the passage were sherds of Neolithic pottery, an amulet, and a bone tool. The side chambers all contained human and animal bones along with more pottery remains. 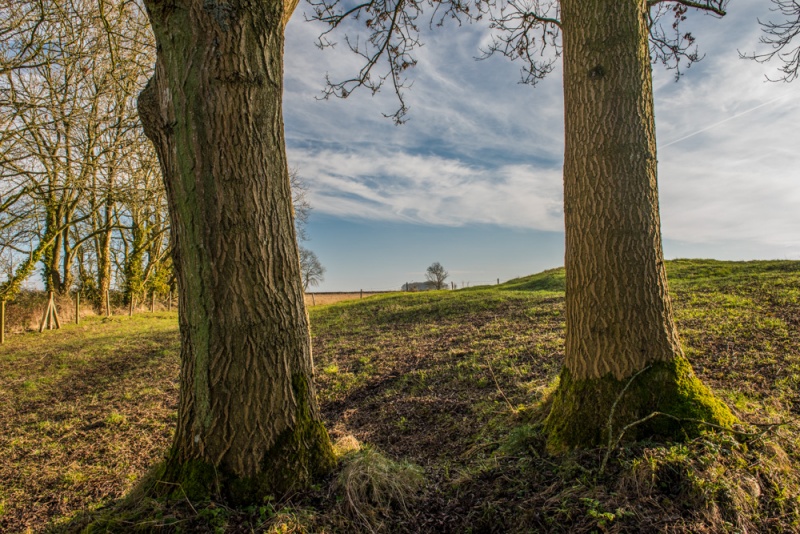 Looking from the north-west corner of the barrow

The end chambers did not have any human skeletons but did have remains of animal bones and pottery. Curiously, the end chamber was blocked off in the late Neolithic period. On either side of the barrow is a ditch formed by quarrying for the material used to build the mound.

The barrow is now filled in to prevent damage to the site. There is a small layby for parking, and an interpretive sign. 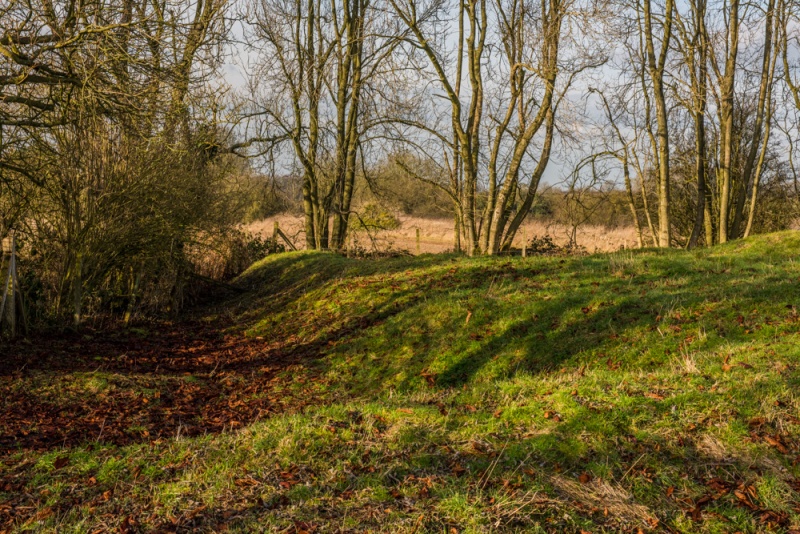 Looking west along the south side of the barrow

The barrow is located just off the A346 road - and I mean "just" off. You won't have to walk more than a dozen feet or so from a signposted layby. Unfortunately, you'll have to use your imagination a bit, as the long barrow isn't easily discerned. The entire barrow has been covered with turf to protect it from damage, but the turf does a pretty good job of obscuring the barrow features.

UPDATE
English Heritage seems to have stopped caring for the site. I'm not too surprised, for I've visited the barrow several times and it is rather difficult to get any real sense of the mound at all, due to the turf that covers the site.

UPDATE 2
Maybe someone at English Heritage reads our posts! On our latest visit, we discovered they've added new brown tourist signs from both east and west, and the gate to the barrow enclosure has been rebuilt. Unfortunately, there is only one absurdly inadequate sign at the west end of the barrow that doesn't really provide any useful information. 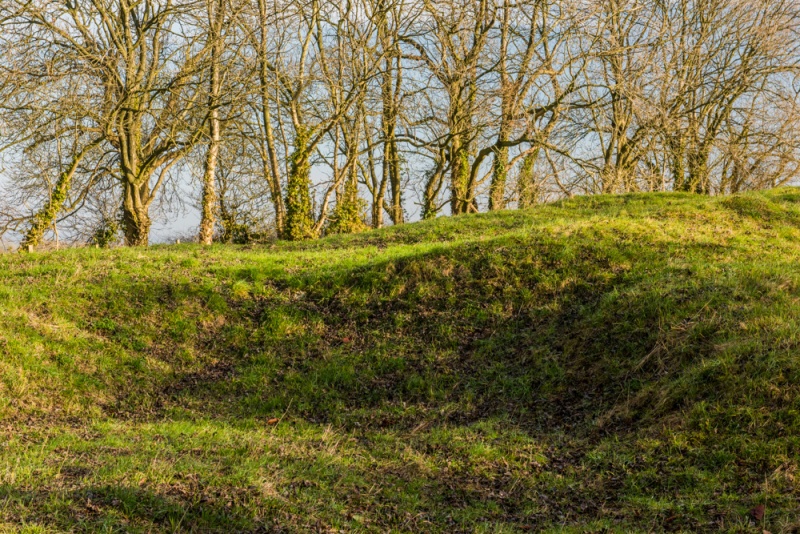 Looking north over the top of the barrow