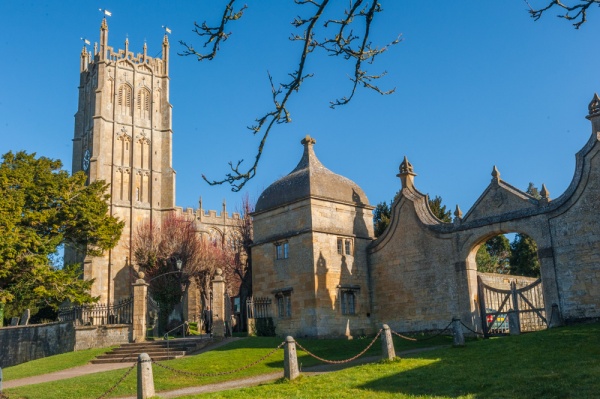 St James church in Chipping Campden is one of the finest 'wool' churches in England, a testament to the wealth of local wool merchants during the late medieval period. The earliest church on this site was erected in the Norman period, sometime before 1180.

That first church was considerably smaller than the current magnificent edifice. It consisted of a simple nave without aisles, short chancel, and a stolid tower. Around AD 1260 the Norman church was enlarged, a process that continued for the next 250 years.

Over the following centuries the chancel was enlarged, aisles added, and south porch built. In 1490 the nave was rebuilt in Perpendicular Gothic style, supported on the original Norman foundations. One unusual feature was a large window above the chancel arch, a rarity in English parish churches, which floods the interior with light.

In 1500 the striking west tower was built. The tower reaches 120 feet, making it an obvious local landmark from the surrounding hills. Within the tower is a ring of 8 bells, the earliest cast in 1618 and the youngest in 1737. The original clock mechanism, built in 1695, is now stored under the tower arch. 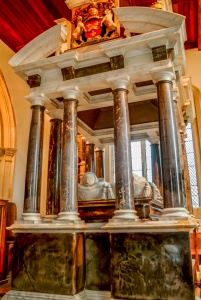 There are fragments of 15th-century glass remaining, but the large east window was crafted in 1925 to commemorate soldiers who died in WWII.

Though the medieval glass did not survive, the church does boast several medieval relics of note. Protected by a glass case is a pair of medieval altar frontals, made around AD 1500, and a cope, made around AD 1400. The design of the altar frontals was copied to create the frontals on the High Altar of Westminster Abbey for the Coronation of George V in 1912.

Other medieval features include several finely crafted 15th-century memorial brasses. The largest of these commemorates William Grevel (Greville), known as 'the flower of the wool merchants of all England'. Grevel's house on the High Street is the oldest building in Chipping Campden. In the sanctuary is the tomb of Sir Thomas Smythe (d. 1593), Lord of the Manor of Campden and first Governor of the East India Company.

In the Noel Chantry is another memorial of note; that of Sir Baptist Hicks, who built the nearby almshouses and the picturesque Market Hall. Hicks gave money for the pulpit and lectern, and also gave £200 to re-roof the nave. His striking monument is built of marble columns supporting a canopy. On the wall nearby is a memorial to Penelope Noel (d. 1633), daughter of Edmund Noel, Viscount Campden.

St James' is justifiably known as one of the finest wool churches in England, and is well worth a visit to see. The view of the church tower and the nearby gatehouses to Old Campden Manor is one of the most beautiful in the Cotswolds.

St James church is located just off the High Street, beside the gatehouse to Old Campden Manor. The church is usually open daily throughout the year, though with more limited hours in winter. There is parking along the High Street or nearby streets. 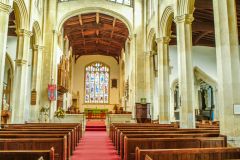 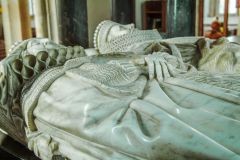 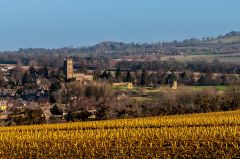