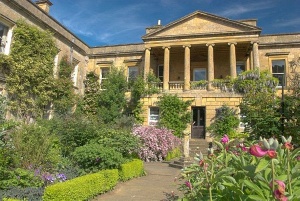 Kiftsgate Gardens
Summary
Often overlooked by the hordes of tourists who visit next door neighbour Hidcote, Kiftsgate Garden is a hidden gem of the north Cotswolds, a marvellous hillside garden below an attractive manor house.

Next-door neighbour to the more well-known Hidcote, this 20th-century garden is blessed with colour and an informal atmosphere. The inspiration for Kiftsgate came from Heather Muir, who, along with her husband JB Muir, bought the manor in 1917.

Mrs Muir was famous for her work with shrub roses and developed several new varieties, including the Kiftsgate rose (Rosa filipes). Pride of place at Kiftsgate must go to the rose garden, lovingly bounded by beech hedges.

Another innovative feature of Kiftsgate is the Mediterranean garden, where Mrs Muir took advantage of the exposed location and good drainage to plant species that are startling to find in this area of England, including cistus, phlomis, ceanothus, and other tender plants. There are an enjoyable variety of other garden areas, including a White Sunken Garden, Water Garden, Yellow Border, and Summer House. 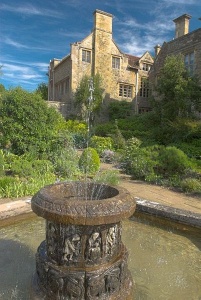 A fountain near the
manor house
The garden siting is arguably more attractive than next-door Hidcote, with excellent views over the Vale of Evesham from the hillside site. The sunken garden is at its best when the the bulbs bloom in spring, but the roses peak in June and July. There are plantings of large hydrangea, Japanese maples, and a delightful bluebell wood.

The manor of Kiftsgate was built in 1887-91 by Sydney Graves Hamilton, owner of the manor of Mickleton. Hamilton took the unusual step of removing the Georgian facade of Mickleton and transporting it up the hill to his new house at Kiftsgate, with the aid of a purpose-built light railway. An avenue of elm trees used to run between the two manors, but this is unfortunately now gone, a victim of elm disease.

Best in: spring and early summer. 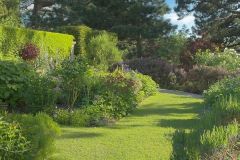 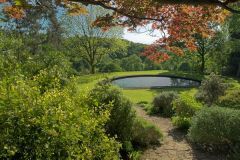 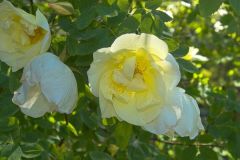 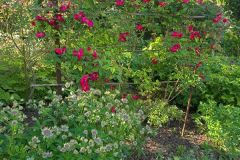 More self catering near Kiftsgate

More bed and breakfasts near Kiftsgate