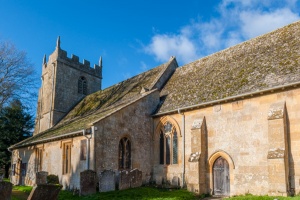 St Eadburgha was a Saxon princess, a daughter of Edward the Elder and granddaughter of Alfred the Great. She became an abbess and her relics were stored at Pershore Abbey after she died. Very few churches are dedicated to her, but there is another locally at Broadway.

As for St Eadburgha's church, it stands on high ground at the south-west edge of Ebrington village, surrounded by lovely thatched cottages buit of local warm-toned stone. The oldest part of the church is the tower and south doorway, both of which are 13th century.

The main entrance is through the south porch, were you will find a stone coffin which may date to the late Saxon period - an indication that there was a church here long before the current building.

Set in the east wall of the porch is a quatrefoil window once used to allow lepers to see inside the church. This was originally complimented by a hagioscope, or squint in the south aisle wall, to allow the lepers to view the high altar during services, but the squint was blocked during a Victorian restoration. 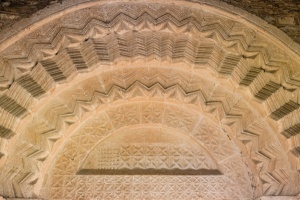 The south doorway arch is beautiful Norman work, with three orders of chevrons and a diaper design covering the tympanum. The capitals on both sides of the door are worn, but the carving is fascinating, especially the outermost capital on the west side.

This shows what the church guide calls a manikin with outstretched arms, though I did wonder if it was a sheela-na-gig or perhaps a stylised mermaid holding the ends of its split tail on both sides. On the east jamb of the door is a very worn carved head of a king wearing a crown.

The south door itself is supported on ancient iron hinges. The guide simply says it is 'of great antiquity' but it looks to me like it could be as old as the 13th-century rebuilding. 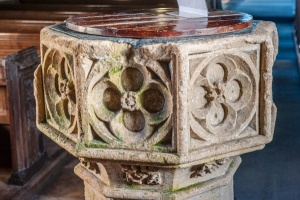 On entering the church the first thing you see is the 13th-century font, raised on a plinth. There are seven carved panels, each one decorated with a rose symbol. Behind the font, at the west end of the nave, is the wide tower arch, where you can easily see traces of medieval paint.

Both sides of the arch are decorated with wonderful carved heads which may have been salvaged from the Norman church. A fifth head was recently found buried in the churchyard and this has now been placed high on the south nave wall.

On either side of the arch are painted panels of Biblical script. Though the guide gives no date for this, they are of a style common to the 17th century.

On the north wall of the nave is a very unusual royal coat of arms, dated 1725. What is rare is a line of Greek script beneath the coat of arms. The script is from Isaiah and translates loosely as 'there will be kings for our foster-fathers'. But what is this Greek text doing on a royal coat of arms? No one knows.

At the north-east corner of the nave is a beautiful 1679 pulpit with a carved sounding board, the gift of John Arras of Charringworth.

Here are the most impressive historical features in St Eadburgha's church. On the left (north) side of the sanctuary is a wonderful tomb to Sir John Fortescue (d. 1484), who served as Lord Chief Justice to Henry VI and wrote several treatises on the law. A painted effigy of Sir John lies on a carved tomb chest, beneath an ornate wall monument. Sir John is shown in his robes of office, his head resting on a pillow supported by angels. His feet rest on a lion, the symbol of the British Constitution.

Fortescue supported the House of Lancaster in the Wars of the Roses and as a result, suffered attainder for treason. He was pardoned by Edward IV after the Battle of Tewkesbury in 1471 and retired to Ebrington to live out his days in peace. 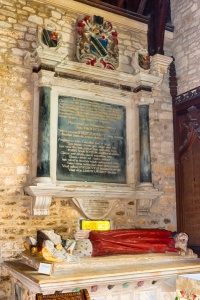 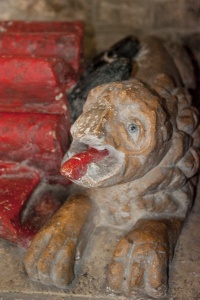 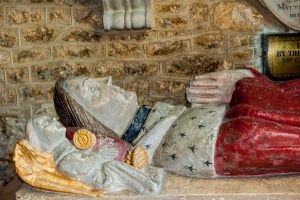 Opposite the Fortescue tomb, on the south wall of the sanctuary, is a grandiose altar tomb to Sir William Keyte. The tomb is carved with heraldic symbols surrounding a long Latin text set between classical columns.

Along the south wall are more Keyte memorials, including a very nice mural monument to Sir John Keyte (died 1662) and his wife Margaret. Sir John fought in the Civil War and raised a troop of horse to support Charles I at his own expense. When Charles II came to the throne in 1660 he made Keyte a Baronet. 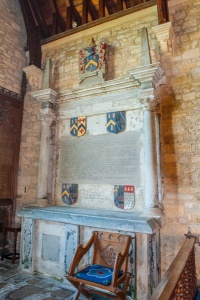 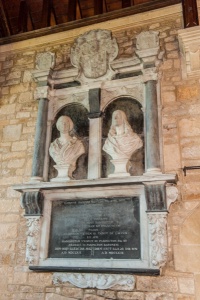 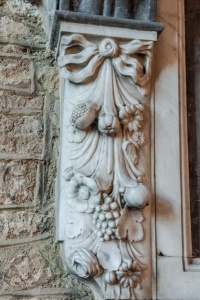 Fragments of 16th-century Flemish glass is gathered in the south chancel window. The scenes are wonderfully vivid; one shows a man sowing seeds in a farm field. Nearby is a 17th century carved wooden lectern that was brought here from Germany. 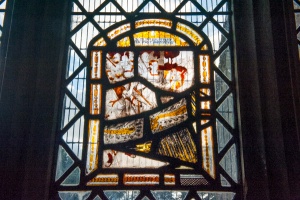 16th-century glass in the chancel 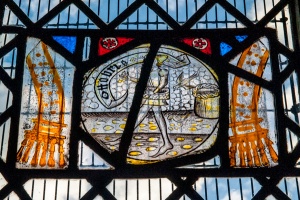 In the south aisle are memorials to the Keyte family, who held the manor of Ebrington for several centuries. At the east end of the aisle is n Ebrington table tomb with a very worn coat of arms on the front base. In the window over the tomb are medieval heraldic arms to the Keyte and Coventry families. 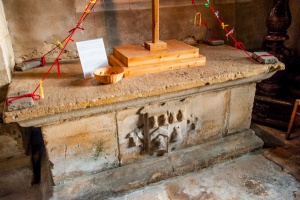 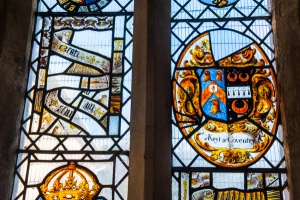 Arms of the Keyte and Coventry families

To the east of the south door is a tablet commemorating a unique charity set up by William Keyte in 1632. According to Keye's will, 'the milk of ten good and sufficient kine [cows] to the poor of Ebrington from May 19 to November 1st annually forever'.

The charity was divided equitably so that 2 families shared the milk every 10th day. The grant was confirmed in 1747 by Sir Thomas Keyte, a direct descendent of the benefactor. The charity continued until World War Two when milk rationing made it impossible to continue, and it was eventually transmuted into a money bequest in 1952.

On the south chancel wall is a 1625 sundial beside a heraldic tablet inscribed with the Keyte arms.

One final note; as you leave by the church path look just north of the east window. There, set into the turf, is a very worn 14th-century grave slab carved with a cross. The style of the cross suggests that it was a priest or abbot, though the church guide offers the possibility that it marks the grave of a crusader knight.

Ebrington is an extremely pretty village, and the church is a delight. There's so much history to see! I loved the Fortescue tomb and the memorials to centuries of Keytes. 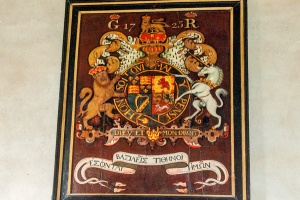 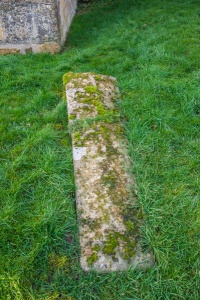 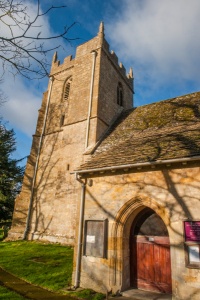 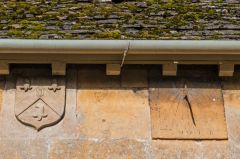 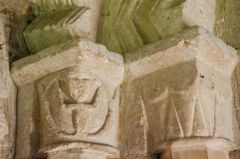 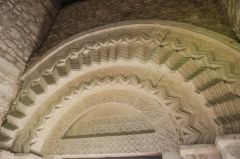 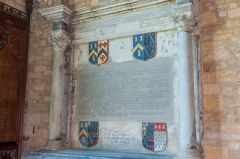 More self catering near Ebrington

More bed and breakfasts near Ebrington