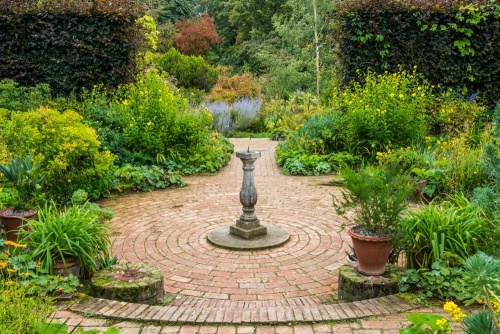 Hidcote is one of the truly great English gardens, created in Arts and Crafts style by Major Lawrence Johnston as a series of outdoor "rooms", each with its own character, separated by hedges and walls.

The garden is known for its rare trees and shrubs, herbaceous borders and unusual plants from across the globe. The outdoor "rooms" are planted with species that bloom at different times of the year, making Hidcote a year-round pleasure. 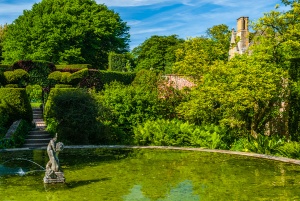 A fountain in the gardens

Major Johnson began his remarkable gardens at Hidcote in 1907, and continued expanding and improving the site over the course of the next 40 years. When he bought the manor at Hidcote with his mother, there was no garden at all on the site, just a few mature trees.

In some ways, Johnson was influenced by French design, but for the most part, his ideas were entirely original. He gathered many rare plants in Africa and China, but many more were sent to him by fellow gardening enthusiasts from around the world. In 1948 Johnson retired to France and made over the estate at Hidcote to the National Trust. Johnson died in France in 1958.

Hidcote Manor Gardens cover 10.5 acres of gently sloping ground. Hedges mainly composed of holly, beech, and yew are used to define a series of garden rooms planted with uniquely different species. At the edges of the garden are carefully planned vistas looking out over the Vale of Evesham.

The focal point of the garden is the gazebo, at the intersection of axes running north-south and east-west. Apart from the centrally-located gazebo, one of the most notable features is the large circular pool, edged with white roses. Attractive topiary hedges also act as borders for garden compartments.

About Arts and Crafts style

The Arts and Crafts movement, popularised by John Ruskin and William Morris among others, can be loosely characterised as a movement back to the values of individual craftsmanship. In garden design this style is characterised by clearly defined areas formed by strong boundaries and geometrical beds near the house and wild gardens further out.

Please note that Hidcote is an extremely popular destination for avid gardeners (and tour buses!). On a fine day in summer, particularly on weekends, Hidcote can become very crowded. I mean really, really crowded. It is still a very enjoyable place to visit, but consider yourself well warned! 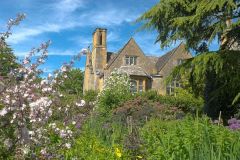 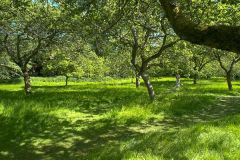 More self catering near Hidcote

More bed and breakfasts near Hidcote