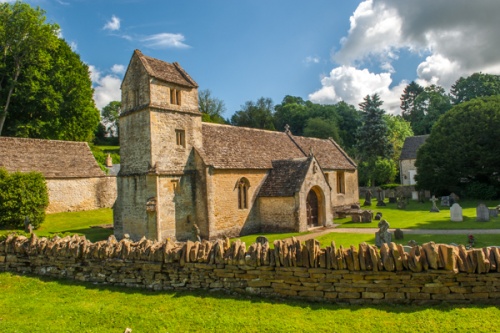 Surviving Norman features include the lower two sections of the saddleback tower, the three-bay nave arcade, the font, and founder's tomb (now moved to the tower). The remainder dates to the 15th century, when the entire church was remodelled.

The church stands in a low area of ground close to the brook that runs through the village. This location, though very pretty, has had unpleasant consequences in the past. In 1832 the floor of the nave had to be raised 2 feet due to flooding.

The remedy proved ineffective, and the floor was lowered to its original level in 1888. The damage, however, had been done, for the original tower arch had already been destroyed during the previous anti-flooding measures. 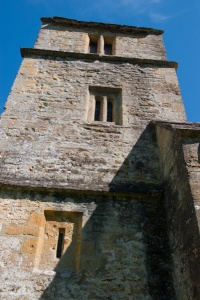 Historic Features
A 12th-century grave slab with floriated cross lies inside the porch. It may originally have marked the burial site of one of the Chandos de Bagendon lords of the manor, or perhaps a medieval rector. In the nave is a plain Norman tub font. The chancel arch bears the saw-marks made in the 18th century when a triple-decker pulpit was installed.

The east window has a few fragments of medieval stained glass, including a part of St Margaret's red robe and the head of a dragon (St Margaret is traditionally depicted slaying a dragon). There is 15th-century glass in the two south windows of the chancel, including a fragment of St Catherine and St Dorothy holding a sprig of flowers.

There are several interesting features in the churchyard; east of the porch is a pair of old altar tombs. Northeast of the chancel is a Norman coffin slab with sloping sides. In the south-east corner of the churchyard is a much more modern grave of a Bagendon native, Pilot Officer David Jenkins, shot down during action over Surrey in August 1940, and returned to Bagendon for burial.

OUR VERDICT
It is hard to imagine a more idyllic country church than St Margaret's, Bagendon. The location is pure magic, one of the loveliest spots in the Cotswolds. 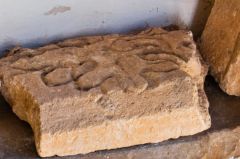 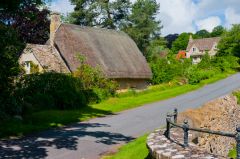 More self catering near Bagendon

More bed and breakfasts near Bagendon