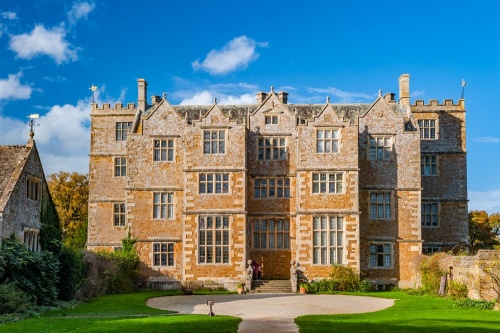 Chastleton House is one of England's finest and most complete Jacobean houses. It is filled with a mixture of rare and everyday objects, furniture and textiles collected since its completion in 1612 by members of one family, in continuous occupation. The gardens are typically Elizabethan and Jacobean with a ring of fascinating topiary at their heart.

The Chastleton estate was once owned by Robert Catesby, one of the Gunpowder Plot instigators. Catesby mortgaged the property to Walter Jones, and when Catesby fell on hard times and was unable to keep up payments, Jones took over the property. Jones pulled down Catesby's house and built a new, grand mansion, which is the Chastleton House we see today. 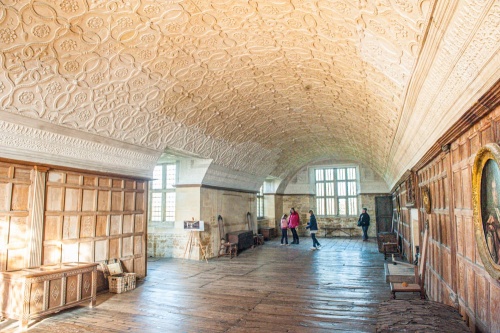 Chastleton is a superb Jacobean mansion, little altered from its original design. The house is approached by way of a winding path down a moderate hill, with views to an attractive dovecote of similar age to the house.

The lovely 12th-century parish church of Chastleton is nestled in beside the manor, providing a beautiful picture of English country life at its most idyllic. A small entry gateway gives onto an outer courtyard, with stables to the left and the house itself to the right.

Within the house, a loosely organized route guides visitors through a series of authentically furnished and restored Jacobean and Tudor rooms.

An enormous amount of work has been done to restore Chastleton, but, unlike many other houses, this restoration has not resulted in a building that seems more museum than house. Here, the floors bend and buckle with the wrinkles of aged timber, and the bedrooms are authentically furnished with period pieces. 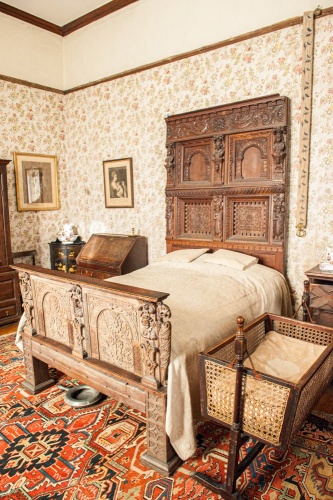 One of the historic bedchambers

Though each visitor will find something different to appreciate, I found the most attractive room in the house to be the long gallery. This upper floor chamber occupies the entire length of the house.

The roof is, unusually, barrel-vaulted, and superbly executed plasterwork adorns every square inch of the ceiling. Here you can also see the devastating effect of the deathwatch beetle that has had a good go at eating away the fabric of the house over the centuries!

One of the most appealing aspects of Chastleton House is the way in which you can see the real 'bones' of the house. The butler's chamber on upper floor gives you an excellent view of the roof beams and the skeleton of the house frame. Descend in turn to the kitchens, which were in use until the 1950s, and you see the fairly primitive conditions in which food was prepared for hundreds of years.

Look up to see the blackened grime of centuries on the ceiling of the kitchen; apparently an early resident declared that it was bad luck to clean kitchen ceilings, so it was never touched - and it shows! 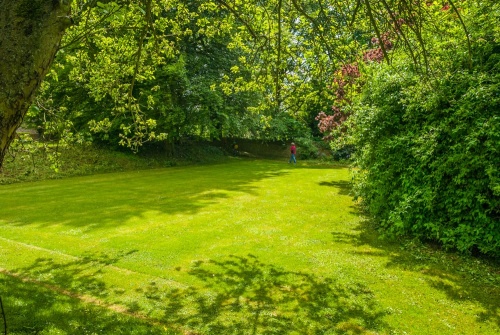 A large section of gardens behind the house is given over to two large croquet lawns. That seems very appropriate, as it was here at Chastleton in 1865 that the rules of lawn croquet were first codified, so Chastleton House can claim with some justification to be the 'home of croquet'.

The National Trust has several themed 'Discovery Packs' available to younger visitors. These packs consist of various tools, such as a magnifying glass and binoculars that help children answer themed quiz questions as they go from room to room around the house. Our youngest child, age 5, loved her Discovery Pack, and also enjoyed the 'Secret Room'. There is also plenty of room in the grounds for children to run and explore. 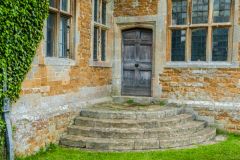 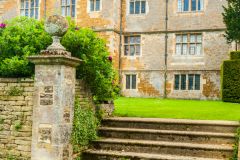 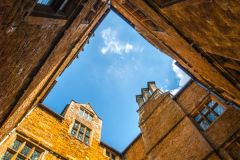 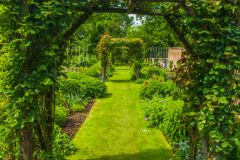 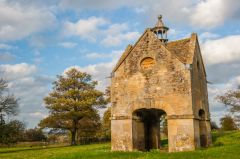 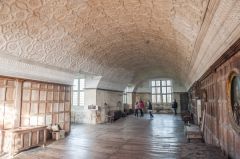 More self catering near Chastleton House