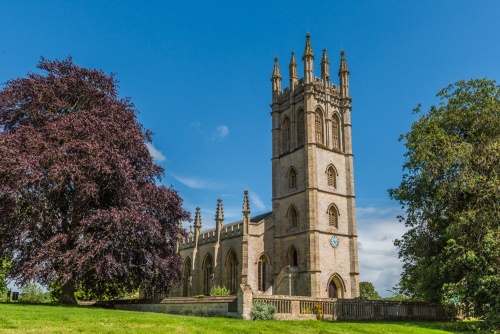 All Saints Church soars over the pretty Oxfordshire village of Churchill like a beacon, its slender tower visible for miles. This Grade II* listed building was built in 1826 to replace a smaller medieval church down the hill (now the excellent Churchill Heritage Centre).

The striking west tower is a copy of the tower of Magdalen College, Oxford, scaled down by one third, while the hammer-beam nave roof is inspired by of the hall of Christ Church College in Oxford.

There has been a church in the Oxfordshire village of Churchill since at least the 12th century. That medieval building stood on the lower part of Hastings Hill, where the original village was centred. The 12th-century church was rebuilt in the early 14h century. You can still see the outline of the nave, south aisle, and porch in the graveyard. 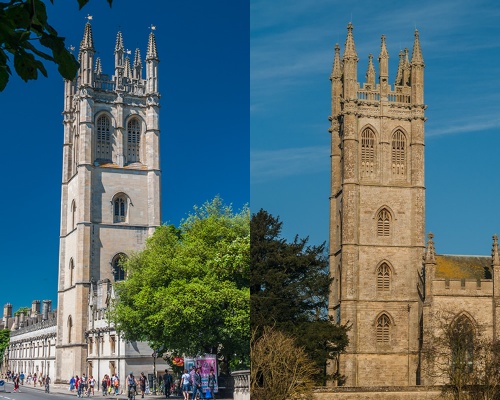 By the early decades of the 19th century, the medieval church was in a poor state of repair. The Bishop of Oxford granted permission to the vicar, Rev Charles Barter, to pull down the old church and erect a new one in 'a more central position'.

Only the chancel of the old church was spared, and this is now home to the Heritage Centre. The Old Church was declared redundant in 1985 but the graveyard is still in use. That explains why the 1826 church has no graves around it!

The new church was built entirely at the expense of James Haughton Langston with John Plowman acting as the architect. The most impressive feature of the new building was the slender tower, topped with eight crocketed pinnacles and decorated with a frieze of carved heads.

The church was built of local stone. The altar table and pulpit were made of timber but were later replaced in elegant Caen stone. When construction was complete, a mason named Mr Stokes climbed to the top of one of the pinnacles and drank a stoup of ale to all those who had helped build it. 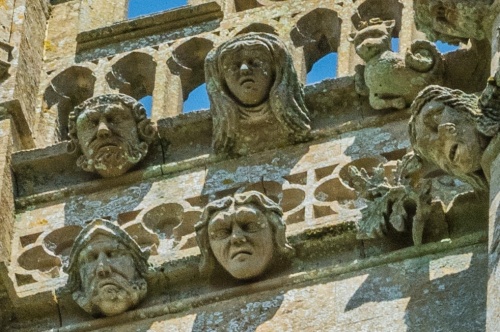 Carved heads on the tower frieze

The hammerbeam roof of the nave is modelled on Christ Church Hall, and the external buttresses are inspired by those of New College Chapel in Oxford. So here, in one building, you have the styles of three Oxford colleges represented.

There are five main windows, each with a different style of tracery, plus several smaller windows. The windows were originally fitted with clear glass but in the late 19th century five were fitted with stained glass. The nave windows are all in Perpendicular style and each is copied from a window in Oxford.

The east window commemorates James Langston, the church patron. The north-east window is by the famous London firm of Clayton & Bell, whose designs appear in some of the finest churches in Britain. The window was given in memory of Elizabeth Barter (d 1878). The south-east window is also by Clayton & Bell and is a memorial to John Davis (d 1874). 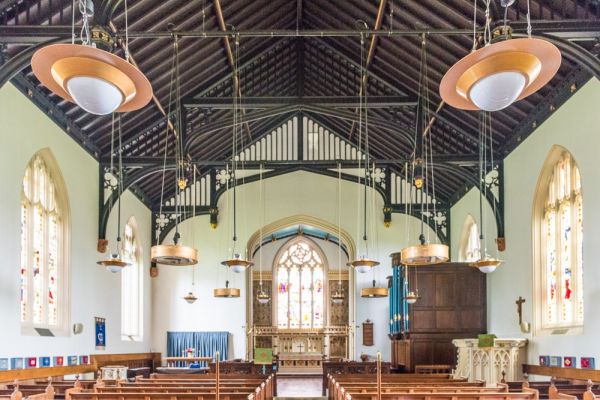 Not only did James Langston pay for the church, but he also provided a silver service consisting of a paten, chalice, tankard flagon and paten on foot. The service is now preserved at Christ Church Cathedral.

The church was consecrated on 20 October 1827 by Bishop Lloyd. No one knew it at the time but the service of consecration took place on the same day as the Battle of Navarino, when the allied navies of Britain, France, and Russia defeated the Turkish fleet, paving the way for Greek independence from Turkey.

The interior was altered in 1884 when the west gallery was removed.

The organ dates to 1827 and was built by the Bishop and Son company of London. It was built to play automatically with a 'barrel', a rotating device that turned the organ into a larger version of a player piano. One of the original organ barrels survives and is on display in the Heritage Centre. 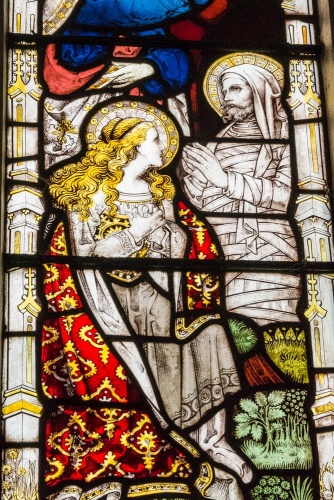 The church is regularly open to visitors and was open when we visited. There is no dedicated parking but it is relatively easy to find a parking space along the main road through the village.

All Saints is a remarkable building, notable for its exquisite tower and the excellent 19th-century stained glass windows. The only feature of the original medieval church to be retained in the present building is a Jacobean parish chest in the north-east corner of the nave. All Saints is a Grade II* listed building.

You really don't need step-by-step directions to get there; the church tower is visible for miles and the church stands in the centre of the village. Churchill is on the B4450 between Bledington and Chipping Norton. 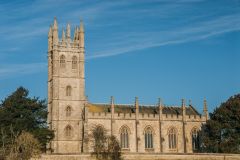 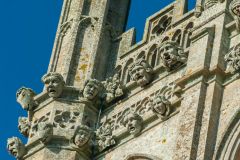 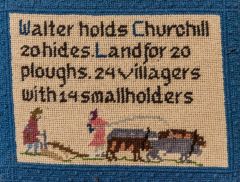 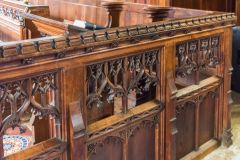 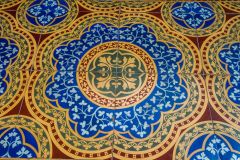 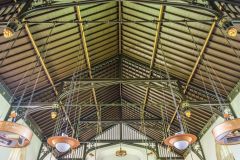 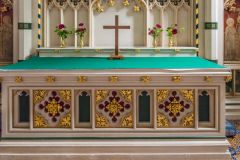 More self catering near Churchill, All Saints Church

More bed and breakfasts near Churchill, All Saints Church