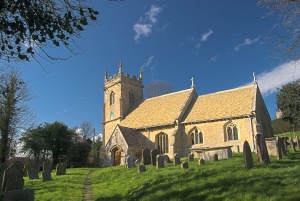 The leaning tower of Pisa gets more attention, but the little Gloucestershire village of Woolstone has its own leaning tower. The battlemented 15th-century tower of the parish church of St Martin de Tours is said to lean at a greater angle than its more famous Italian counterpart.

The lean is not a result of poor medieval construction, but rather it is down to the underlying geologic structure of Crane Hill, which has a high level of clay, making it subject to unpredictable shifts over time.

So pronounced did the leaning tower become that Italian engineers were called in, and in 1970 they inserted a number of long steel rods set in concrete beneath the tower. The rods were criss-crossed to spread the load and went down to a depth of up to 40 feet. There is no evidence of this mechanical underpinning visible, but it must have worked, for the tower is still standing - and it is still leaning! 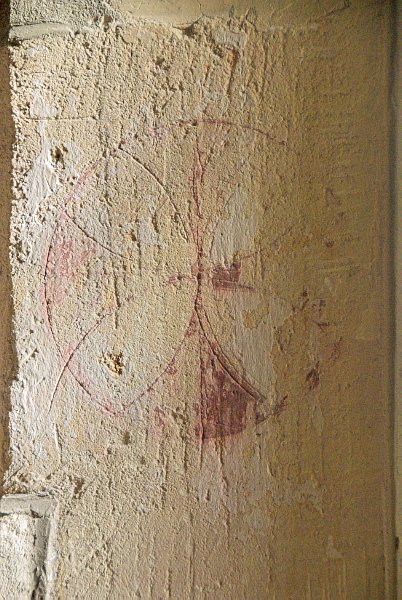 A faded consecration cross;
a reminder of murderous deeds

In 1471 the forces of the Lancastrians and Yorkists met in the bloody Battle of Tewkesbury. The terrible conflict saw the defeat of the Lancastrian army, and many of their soldiers were forced to flee the battlefield. Two soldiers fled here, to Woolstone, pursued closely by a group of their foes, and the soldiers sought the safety of the church. According to the custom of the time, the church was holy ground, and anyone claiming sanctuary here could not be harmed.

But the Yorkist soldiers cared nothing for convention; they entered the church and slew their prey. We do not know where the murders took place, but we do know the consequences.

The parishioners of Woolstone refused to worship in St Martin de Tours until it was reconsecrated. This was eventually done, and there are two reminders of this dark episode in the shape of re-dedication crosses. One can be found on the exterior north-west buttress of the tower, and the other on the south-east wall of the sanctuary.

Woolstone is located just off the A435, turning uphill off the Gotherington road. The church is halfway up Crane Hill on the road through the village. There is limited parking along the road, but there is so little traffic this is unlikely to be a problem! Woolstone is a very small, peaceful village, with no through road. 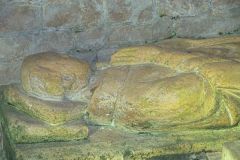 More self catering near Woolstone

More bed and breakfasts near Woolstone